Will Ty Lue Have the Most to Work With Heading Into Next Season? 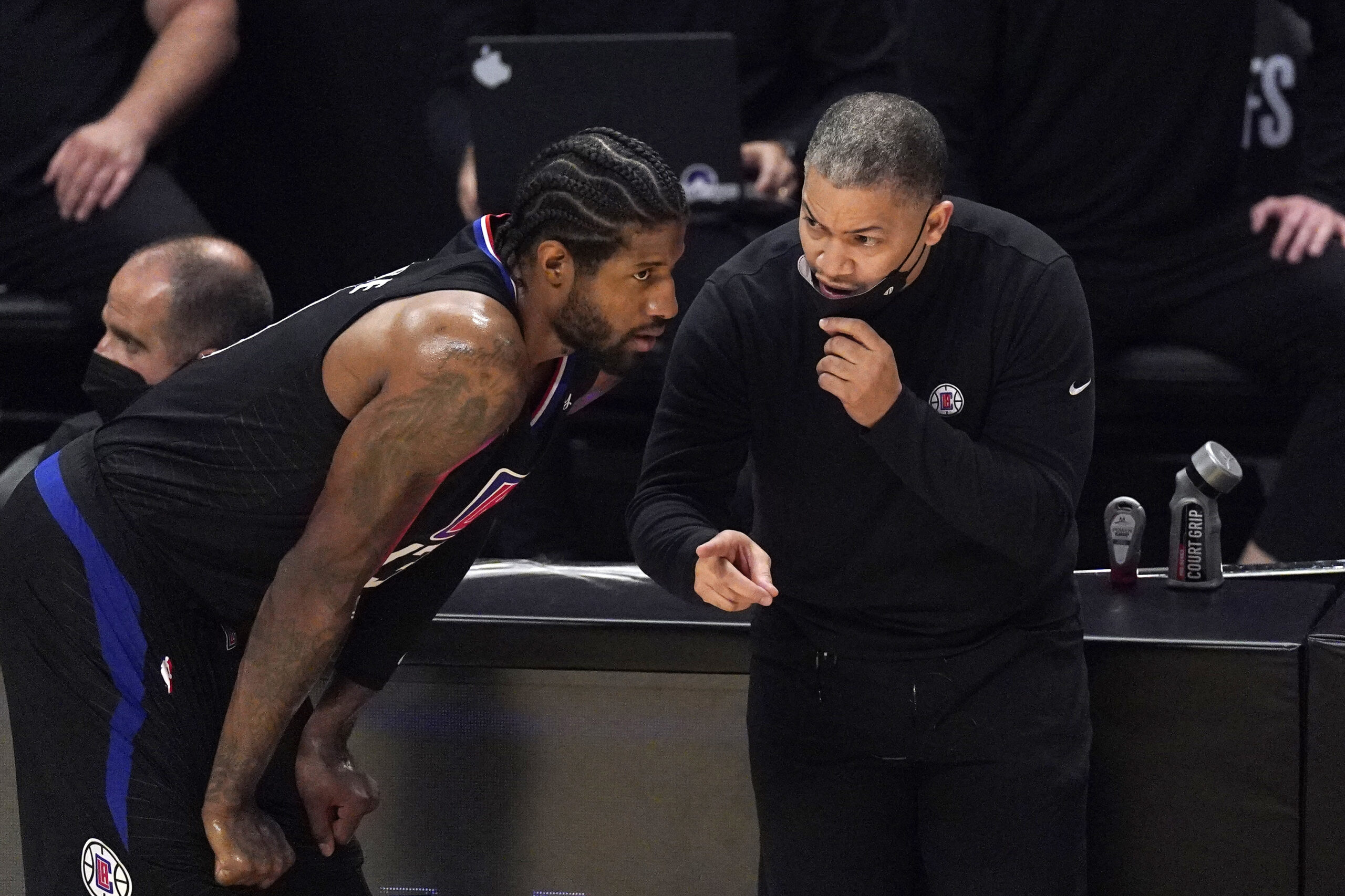 After a disappointing 2021-2022 season for the Los Angeles Clippers they failed to win either of their two “Play-In” games against the Minnesota Timberwolves and the New Orleans Pelicans, which ultimately brought their season to an end. 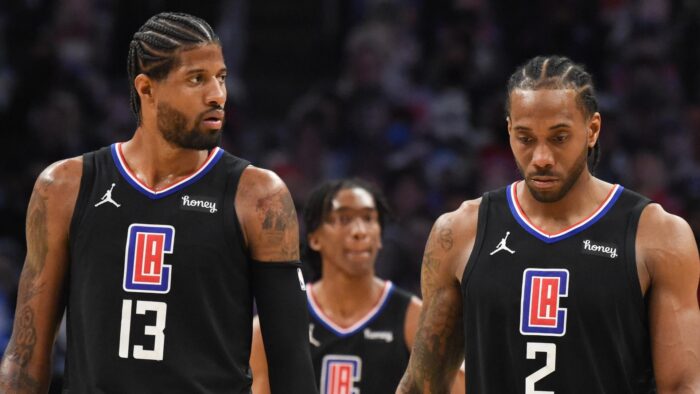 They will have high expectations heading into the 2022-23 season, maybe even more expectations than they had coming into the 2019-2020 when they first were able to acquire Kawhi Leonard and Paul George. Some analysts and fans even picked them back in that first season to represent the Western Conference Finals after coming off a hard fought six game series against Steph Curry, Kevin Durant, and the Golden State Warriors in the first round of the playoffs in 2019.

Despite not having Kawhi for all of last season as he recovered from a knee injury he suffered in the playoffs back in 2020-21 and having George for only 31 of the teams 82 regular season games, this team showed promise with all the other talent on this roster.

They had a league high 13 double-digit comebacks and an even more impressive, five of those deficits were more than 20 points. Most of those comebacks came without the services of their two best players.

They were able to add several key pieces before the trade deadline last season that will add even more depth to this Clippers roster.

So the question can be asked, are the Clippers the deepest team heading into next season?

I believe head coach Tyronn Lue can go 11 deep at any time, and yes that includes playoffs which many expect them to be (if they stay healthy) this upcoming season. Besides their two max players (Kawhi, George) they have solid veterans mixed with young talent that all came through and played well for LA a season ago.

They currently only have one big man in Ivica Zubac who has been solid for this team all year starting all 76 of the games he suited up. He had 25 double-doubles and is someone this team can count on as well as being a decent free throw shooter (72.7%) for a center.

But now, coach Lue has the luxury to throw several different lineups to match-up with the opposing team. The versatility of 10 different players that can have an impact on winning I believe is second to none.

The backcourt led by Reggie Jackson (16.8 ppg) who came up big for this team last season helped this team stay in contention all year despite missing their two All-Stars and even more importantly for Clippers fans, he helped them sweep the cross-town rival Los Angeles Lakers 4-0 last season, has a legitimate five man rotation. 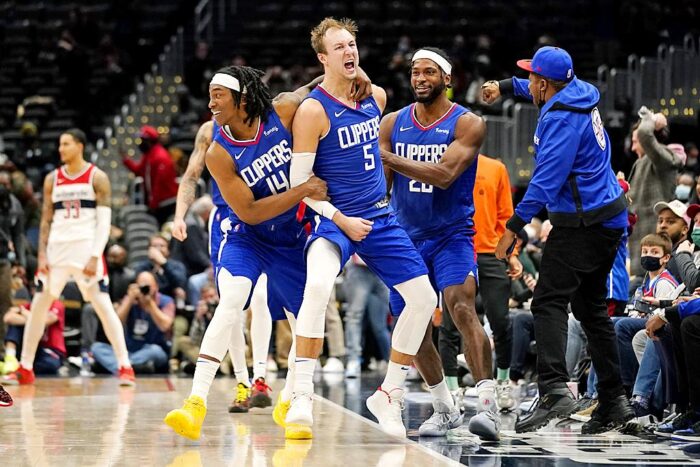 Then Lue has options to go with like Luke Kennard off the bench who may not be Steph Curry or Klay Thompson, but he might be next on that list. He led the league from deep last year, shooting it at 44.9%. Terrance Mann is also someone Lue has counted on in just his third season. He may not do one particular thing great, but he does a lot of little things well for this team, and plays consistently with energy & effort and the team seems to feed off his energy when he’s on the floor.

Now with the additions of Norman Powell for a full season who came over from the Portland Trailblazers before the trade deadline last February, and John Wall who signed with LA this off-season after agreeing to a buyout with the Houston Rockets, will be key pieces for this team. Powell won a championship with his now teammate Kawhi back in Toronto back in 2018-19 and Wall is a career average 19.1 ppg scorer, but he doesn’t have to be that guy on this team. 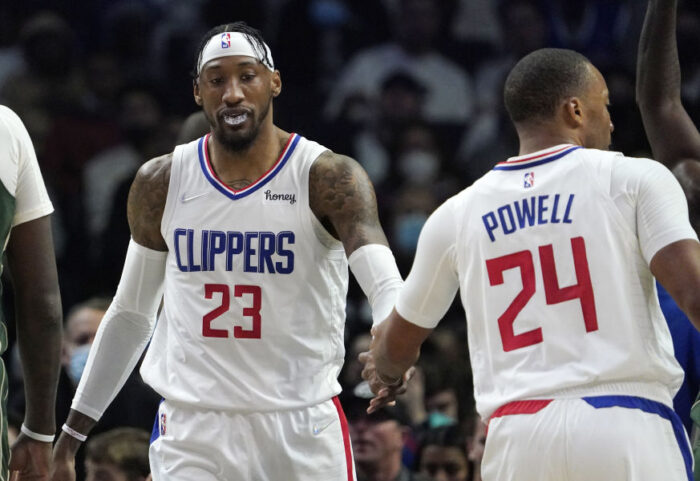 They just need him to be all in.

Even fourth year player Amir Coffey was called upon to contribute while coach Lue shuffled his lineup. Coffey led LA in scoring nine different times this past season so that shows he can bring something to this team.

But I believe the strength of this team heading into next season will be their front court.

Having their two best players back and healthy is the most important, but having the luxury of versatility at the wing position is what separates them.

They know what they are going to get from savvy veterans Marcus Morris Sr. (who started all 54 games he played) and Nicolas Batum who hit big shots for this team last year said “He loved the team,” after the Clippers lost in the Play-In tournament. But the addition of Robert Covington who came over from Portland along with Powell, can make open shots created by others (54% from 3-pt in 23 games for LA) will bring his versatility on defense with his ability to defend 1-4.

With all that being said, and the rest of the 29 teams around the league this will be the deepest team heading into next season.

All this sounds nice, but the last time a healthy Clippers team was in the playoffs they surrendered a 3-1 series lead against the Denver Nuggets in the 2020 bubble while the Lakers hoisted their 17th trophy.

Now, if they want to gain respect around the city of Los Angeles, building a new arena is nice, but they are going to have to get it done on the hardwood if they want to become relevant in a Lakers town.