Who is Winning La Liga This Season? 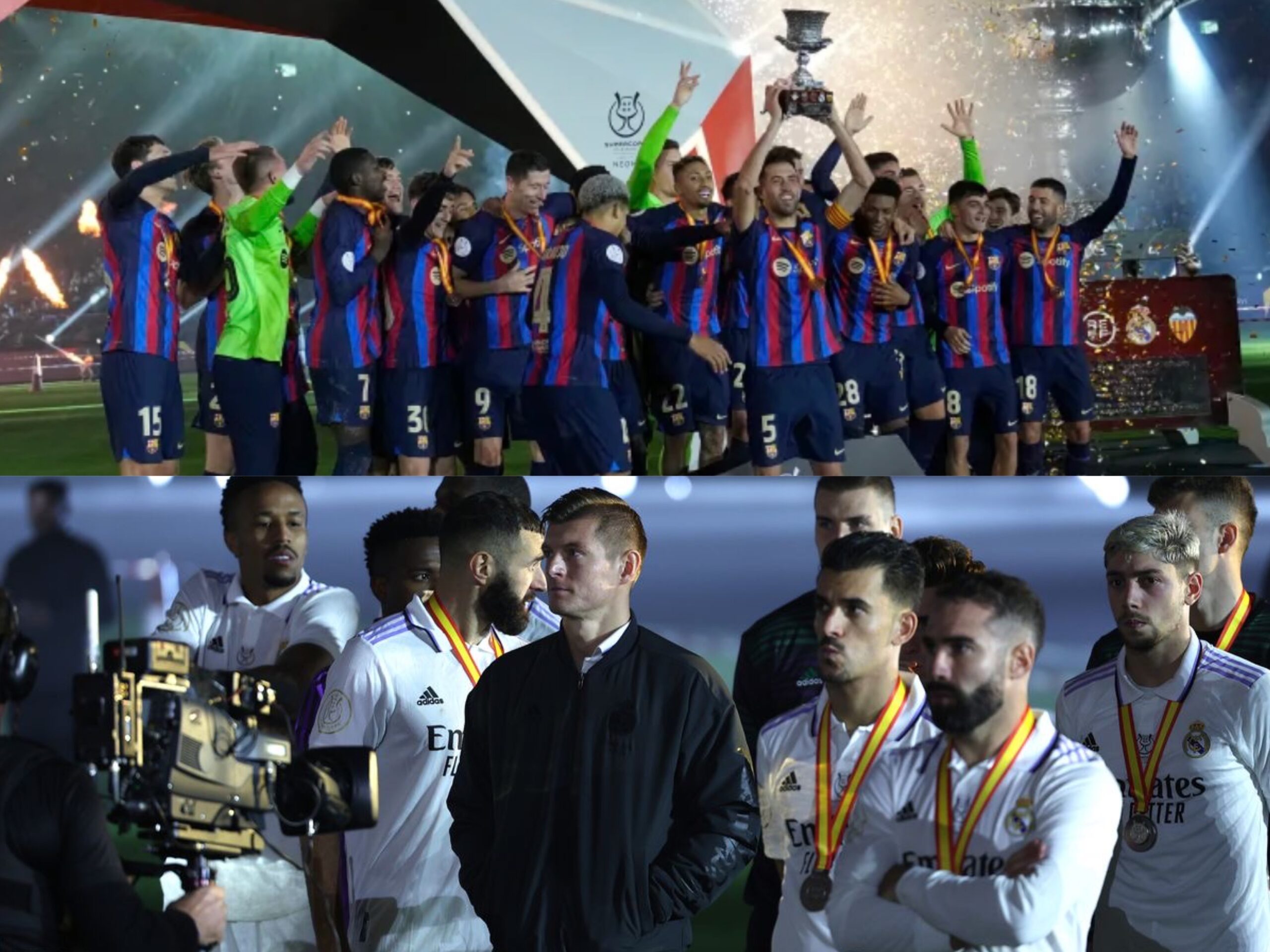 A season following a Champions League and winning La Liga title, Real Madrid began the season where they left off, beating opponents and looking practically untouchable. However, things began to turn choppy just before the winter break.

They got their first season loss during Champions League play against RB Leipzig 3-2. Shortly after, they loss their first La Liga match to Rayo Vallecano by the same score. During this time, Ballon D’or winner Karim Benzema was sidelined for a few matches with a thigh problem.

To start the new year, Real Madrid faced four-tier Cacereno in the Copa de Rey Round of 32 and struggled, until salvaging a goal to take the win. This follow by a loss to Villarreal during league play after a controversial penalty kick decision. Real Madrid have only won one game in the new year and none in La Liga.

Their struggle right now is scoring goals. They have only recorded four goals in four matches while conceding six in that span. Real Madrid’s defense has always been an issue, however they’re able to make up for it by scoring goals.

For Barcelona, they followed a season of a failed run for La Liga and a Europa League trophy. This season has been a complete change with Xavi coaching in his first full season with the club. Their only loss in the league so far was against Real Madrid in October.

However, Barcelona did not have a great run in the Champions League for a second straight year, losing three matches and regulated to the Europa League again. Nonetheless, Robert Lewandowski has been an excellent addition to the team, scoring 13 La Liga goals with 19 overall so far.

Despite sitting out a few matches due to suspension, Barcelona continues to find ways to win. They won a fisty match against league rivals Atletico Madrid 1-0, further extending their lead. Since losing to Real Madrid, they have been undefeated in La Liga since. The team has adapted to Xavi’s playing style of possession-based football that Barcelona has always been known for, and it helps that they have one of the world’s best younger in the world of Gavi to adapt and train to be one of the world’s best midfielders.

With the Super Cup over the weekend, we’ve an idea of who’s be dominating Spain the rest of the season. Barcelona were all over Real Madrid by stampeding their defense and scoring three goals to take the 3-1 on Sunday. With Real Madrid falling and Barcelona surging, this puts them in a great position for winning La Liga for the first time since 2019.

Real Madrid are not completely out of the fight. If they keep winning and hope Barcelona drop points, they have a chance to retake the lead. However, they would need to figure out both their offensive and defensive struggles to save their season.

Was it a Mistake for Chelsea to Fire Thomas Tuchel?
The Inauguration of the League Cup is On its Way