With Two Come from Behind Wins, Can the Coyotes Get Back on Track? 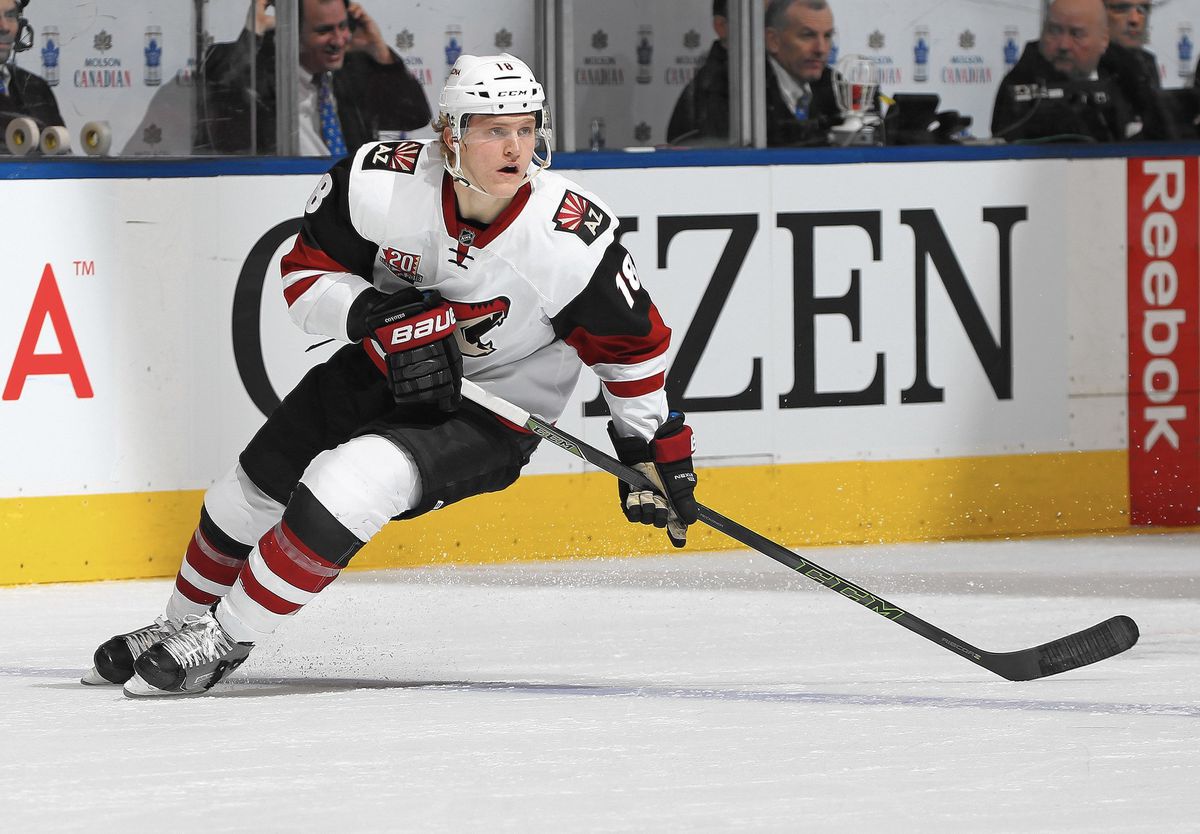 Down 3-0 on both Monday and Wednesday’s games to the Anaheim Ducks, the Arizona Coyotes managed a feat not many teams could accomplish: coming from behind twice to win each game 4-3. After losing four out of their last five games prior, Arizona’s last two wins have propelled them into a playoff spot at fourth place in the Pacific Division. Can these two improbable wins give the team confidence and momentum, or are they the sign of a larger issue?

Following the second 4-3 win, this time in a shootout, head coach Rick Tocchet stated in his post game press conference regarding the teams’ comebacks:

“Obviously we can’t get a steady dose of this; it’s great that we come back but we’ve got to be careful.”

Although Tocchet “didn’t mind [their] first period”, he says, “they get a goal here or there, they get a power play goal, all of a sudden you’re down 2, 3-0.” He echoed his thoughts that continually going into the second half of the game doesn’t sit well with him, since “the odds are going to go against us eventually.”

Part of Coyotes’ struggles lately have also had to do with secondary scoring, something Tocchet hit on.

“We’ve got to get some other guys scoring goals,” he said, “We can’t rely on the same guys […] we need secondary scoring.”

So far, just six players have five or more goals for the Coyotes this season, and only three have more than seven. In the two games against Anaheim, Christian Dvorak (leading forward goal scorer), Jakob Chychrun, (leading defenseman goal scorer), and Phil Kessel (second most goals on the team), scored 5 out of the teams’ 7 goals.

Although individual goal scoring may be a problem still, Arizona has vastly improved on their team goal scoring. Prior to these last ten games, the Coyote’s were averaging just 2.33 goals per game. Over the course of these ten, that number jumped up to nearly 3 goals per game, at 2.9, bringing their season average to 2.63. Though that still ranks 22nd overall, it could be a sign of an improving offense for Arizona.

Going into a two game series against the Colorado Avalanche, a division foe with whom they sit two points above, a balanced offense will be key. It won’t be easy, however; Colorado has allowed the fifth least goals per game in the league at 2.38. If Arizona wants to keep themselves in the playoff race, they’ll need some first period offense. When it comes to an exciting comeback, “That ‘s something to hang your hat on, that you can have the resiliency,” Tocchet says, “Now it’s a matter of starting the game and managing the game early on.”