WNBA Players Walks Out on the National Anthem 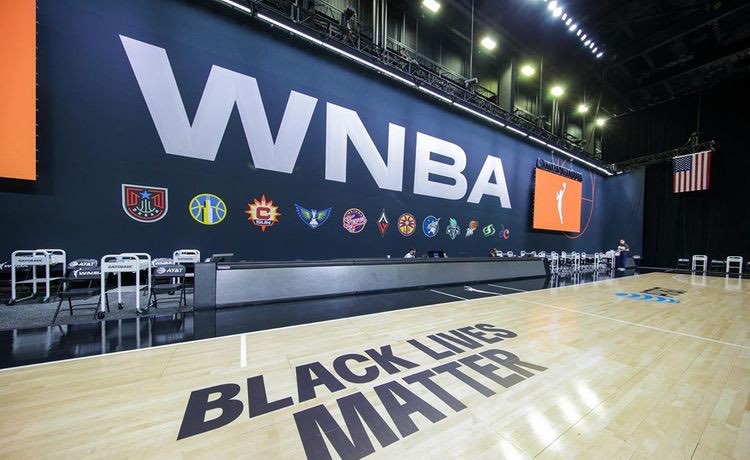 The WNBA kicked off last week. The homecourt in IMG Academy in Bradenton, FL has Black Lives Matter stamped in the center. The player’s jerseys are branded with ‘Say Her Name’, ‘Black Lives Matter’, and the name of Breonna Taylor, who was a victim of police brutality in Louisville, KY. The New York Liberty and the Seattle Storm walked off the court as the National Anthem played as a peaceful protest at the opening game.

Liberty Guard, Layshia Clarendon stood firm with the actions of all the players.

“We are also dedicating this season to the ‘Say Her Name’ campaign, a campaign committed to saying the names and fighting for justice of black women — black women are so often forgotten in this fight for justice, who don’t have people marching in the streets for them,” states Clarendon. “We will say her name. Sandra Bland. Atatiana Jefferson. Dominique Fells. Breonna Taylor. We will be a voice for the voiceless.”

“As the commissioner, it is my job that the players have the platform to vigorously advocate for social justice. This season is dedicated to Black Lives Matter. I’m so proud of the players”, said Engelbert. “They are confronting bias that has affected their communities.”

In acts of violence from the police more than often, women are left out of the discussion. The WNBA shedding light on the female victims embodies education and advocacy of the players. Over 80 percent of the league are black women. This will inevitably influence not just black girls, but young women of all races to speak up for inequalities and bias.

The most captivating part of this protest was the complete disregard for the National Anthem as the United States has disregarded black and brown people historically. It confronted the National Anthem, however the allegory of walking away from the flag and anthem was most compelling. Being that, the premise of liberty and justice has been distant to people of color since America began.