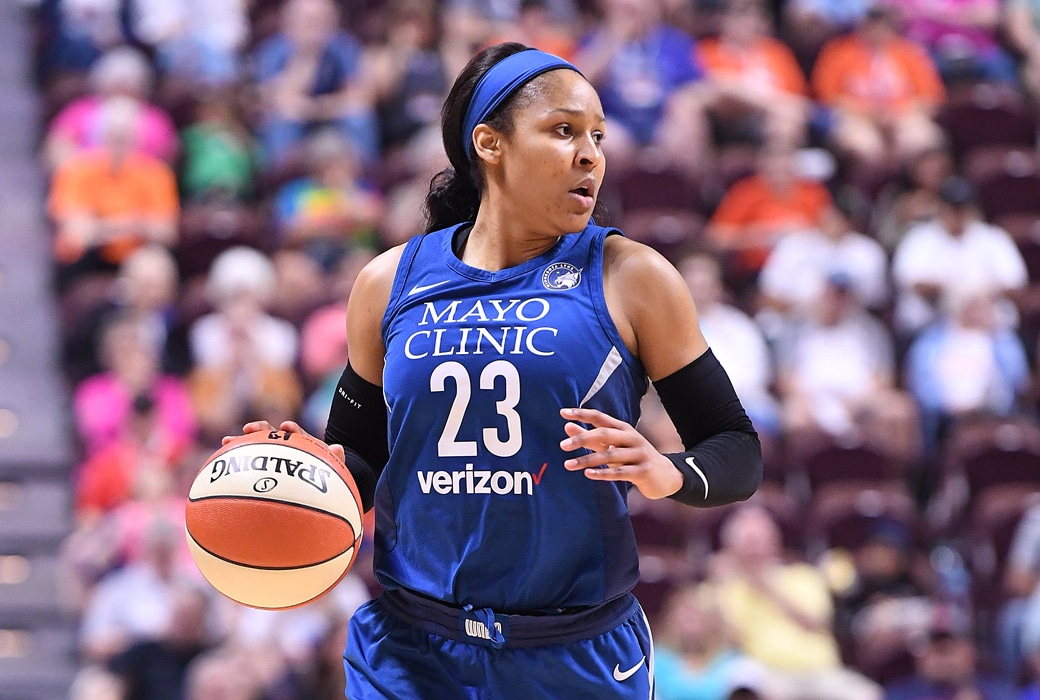 Maya Moore will go down in WNBA history as one of the best. Even in high school, the four-time champion won Gatorade’s Player of the Year and McDonald’s All-American. At UConn, she played forward, when the women’s basketball team won back-to-back championships in 2009 and 2010. Her first year in the league, Moore won Rookie of the Year. She had a 10-year stunt with the Minnesota Lynx, where they won four championships. In 2013, Moore earned Finals MVP.

Moore has taken a hiatus from her career as a professional athlete  to support a greater purpose. Not only has Moore refrained from the last two seasons of the WNBA, but has turned down competing in the Olympics.

“I’m in a really good place right now with my life, and I don’t want to change anything,” she said. “Basketball has not been foremost in my mind. I’ve been able to rest, and connect with people around me, actually be in their presence after all of these years on the road. And I’ve been able to be there for Jonathan.”

In 1997, Jefferson City, MO Jonathon Irons was convicted of burglary and assault. Irons was charged as an adult with a fifty-year sentence. Irons was then 16. Now at 40, Irons has the full support of Moore. Moore, originally also from Jefferson City, Missouri, learned about the case from a family friend.

Moore has spoken publicly in regards to her belief of Irons’ innocence and has assisted in payment for a great defense team. Moore is vocal about Irons’ childhood and former gang life. When Irons was originally interrogated by the police, he did not have proper council. There is absolutely no evidence at the scene of the crime that tied Irons to the burglary. There was a faulty witness, who initially did not believe she or he could identify the burglar, but was told by an officer to “give it your best shot”. In addition, his public defender did not have evidence that the prosecution withheld. There were three other incidences of Brady violations.

“My eyes are open to the huge reality of mass incarceration that we have in our country,” said Moore. “Prosecutors have an enormous amount of power in our justice system. When prosecutors are focused more on getting convictions as opposed to seeking justice and restorations in their community, people suffer.”

Moore wrote a letter to the Missouri General attorney, Eric Schmitt, regarding the state’s lack of empathy, even when facing the counter evidence and facts of the case. Schmitt in return filed a writ of certiorari against Judge Daniel Green, claiming Judge Green “abused” his authority when convicting Irons.

The trial is still active, however, now it is public knowledge that the original investigation was completely mishandled. This gives Irons a greater chance for appeal and hopefully exoneration.

This case has sparked a passion for prison reform for Moore. She partnered with Athletes for Impact to begin a nonprofit called Win with Justice that redefines what exactly a “win” is in the justice system and ending prosecutorial misconduct. Although the WNBA fans have missed Moore, her newfound passion will impact just as many lives or more.