World Series Preview: Will the Astros or Braves Best the Odds & Haters? 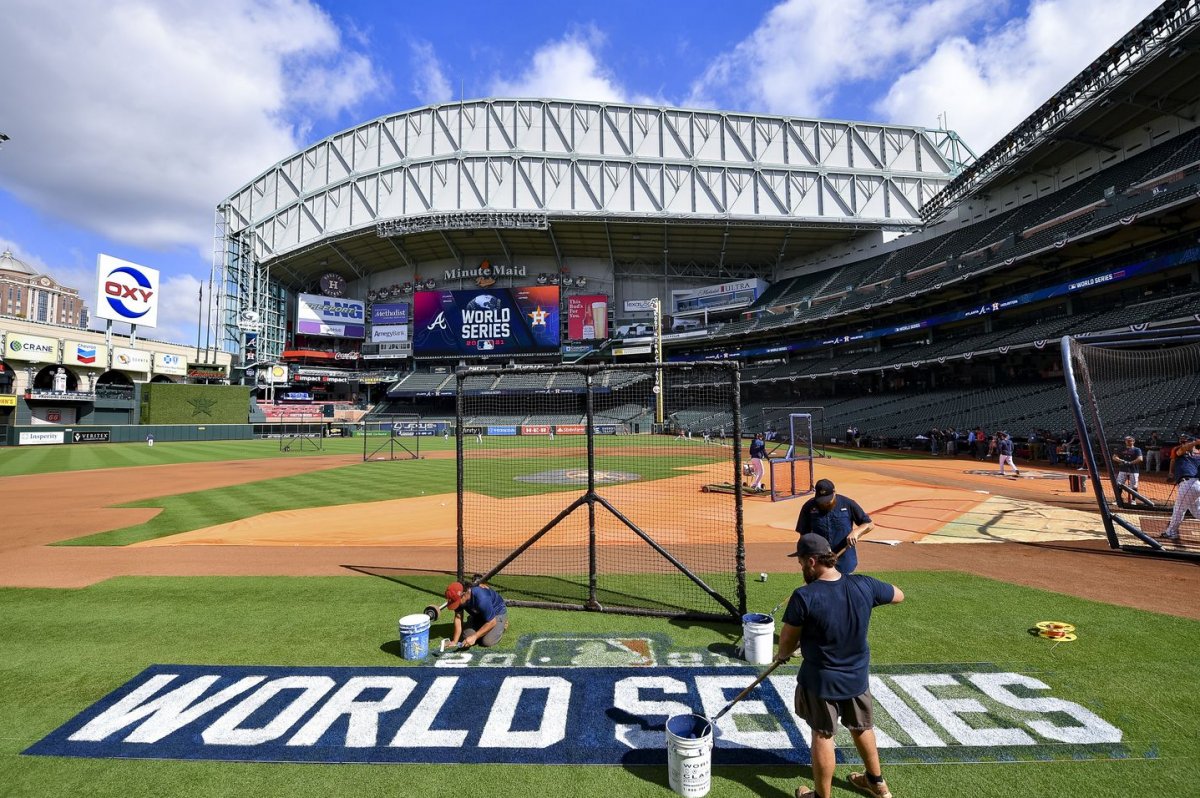 The 2021 MLB World Series begins tonight with both league’s representatives enduring several obstacles this year, but one final test remains.

The World Series has finally arrived after 208 days of nearly non-stop baseball. It was not too crazy to think the Astros and Braves could reach the Fall Classic back in April. While teams like the LA Dodgers, New York Yankees, and more had much greater odds, the Astros and Braves were not too far behind. However, throughout the long, trying MLB season, both teams experienced severe setbacks.

The 2021 MLB season brought fans back to stadiums. Consequently, Houston faced neverending hatred and boos from opposing fans. Such a reaction was a long time coming and should persist throughout the World Series. Additionally, the team still faces accusations of sign-stealing because of their unbelievable offense. Nonetheless, Houston’s elite lineup persevered and continues scoring in bunches, burying high-quality opponents early on.

Similarly, the Braces dealt with a perennial problem of theirs, too: injuries. Soon into the season, the Braves lost their ace, Mike Soroka. Soroka held high hopes for a return after dealing with health issues in 2020, but, unfortunately, he re-tore his achilles. Furthermore, an off-the-field issue ended Marcell Ozuna’s season relatively early on too. Ozuna last played on May 25th and will not be returning anytime soon. Although both their absences are highly detrimental, the Atlanta Braves conquered an even more significant obstacle that could have easily ended the entire team’s season.

The Braves Advanced to the World Series… Without Ronald Acuña Jr.

On July 10th, in the 5th inning of an otherwise meaningless game, the entire city of Atlanta held their breath as Ronald Acuña Jr. was carted off the field. By the end of the night, the sad truth was revealed. Acuña’s breakout season was over. At the time, he had a .283 BA, .990 OPS, 24 HRs, 72 Runs, 52 RBIs, a 3.6 WAR, which, in turn, gave him the third-best Vegas odds to win the NL MVP. Moreover, Atlanta was in the midst of a disappointing first half with a dead-even record of 44-44.

With the All-Star game around the corner and the trade deadline not far behind it, many analysts considered Atlanta sellers. Instead, Atlanta made some bold trade acquisitions to revamp their outfield completely. So much so, none of the Braves opening day outfielders, Acuña, Ozuna, and Pache, are even on the World Series roster. Instead, Atlanta’s outfielders for the fall classic include Eddie Rosario, Joc Pederson, Adam Duvall, Guillermo Heredia, Jorge Soler, and Terrance Gore.

Not a single one of these players were included on the opening day roster. Specifically, following Acuña’s heartbreaking injury, Atlanta traded for not one, not two, and not even three outfielders, but four! Each pickup has had a pivotal role in Atlanta’s late-season heroics, but none greater than Eddie Rosario.

Calling this team a championship contender in late July would have been hysterical. They struggled to stay afloat, amassing an MLB record of 18 straight games of .500 baseball. That is to say, the Braves did not have consecutive wins or losses for almost three straight weeks. However, they drastically took a turn for the better, thanks to an infield power surge. The Braves starting infield of Freddie Freeman, Ozzie Albies Jr, Dansby Swanson, and Austin Riley combined to hit 121 homeruns. Only one infield in MLB history has ever hit more.

Nevertheless, the Braves entered the postseason with the second-worst pennant odds for either league (+650). First up for Atlanta was the Milwaukee Brewers’ stacked pitching staff. As a result, they struggled to hit across the board. However, their pitching staff dominated. While the Brewers’ offense is rather bleak, it was still extremely impressive to shut them down as well as they did.

After just four games, the series was over. As a reward for advancing, Atlanta got the pleasure of facing baseball’s most stacked team, the LA Dodgers. The series was back-and-forth, but LA’s pitching staff simply could not contain the hottest hitter on the planet, Eddie Rosario. In the six-game set, Rosario boasted an ungodly .560 BA, .607 OBP, 1.040 SLG, 1.647 OPS, as well as accounting for 1/3 of Atlanta’s runs (9 RBIs / 27 Runs). Clearly, Rosario walked away with the NLCS MVP and is eager to keep raking deep into the World Series.

In the Braves’ way, though, is arguably baseball’s most hated team. After their infamous sign-stealing scandal, many thought the Astros would begin to fall off a cliff. Instead, the team hired a future Hall of Fame manager, Dusty Baker, and carried on their way. For the most part, the NL West was Houston’s to lose. At times, the divisional lead waivered, but it was clear they would come out on top. Although their lineup was undeniably lethal, their pitching staff was young and inconsistent.

Similar to Atlanta, the Astros’ first-round matchup was no walk in the park, though. The dangerous Chicago White Sox, loaded with pitching and hitting depth, was a worthy adversary. The series, though, did not quite go as planned. While both teams hit very well, the usually very consistent White Sox pitching struggled even more. Courtesy of Lance McCuller’s dominant outings, the Astros won the series in just five games.

However, the road to the World Series would not lighten up. Surprisingly enough, the Tampa Bay Rays’ AL-best record was upset by an AL East rival Boston Red Sox. While on paper this should be good news, it was far from it. Boston slaughtered the Rays’ incredible pitching staff. Similar to Houston, Boston had an impressive cast of hitters, with Kike Hernández’s remarkable hot streak leading the way.

The series came down to which top eight hitters could outperform the other. And, in that sense, the series leaned Houston’s way. After a heated six-game series, Houston came out on top and was headed back to the World Series.

With all this considered, a frontrunner is far from evident. While all the signs should point to the Braves for outdueling an outstanding Dodger squad, the Astros remain relevant. Their hitting is undeniable, but as long as their pitching holds their own, they certainly have a good shot of winning yet another title. However, the biggest stipulation for Houston is starting pitching.

Lance McCullers Jr. has been injured ever since the NLDS and won’t be returning. Zack Grienke is clearly aging, as well as coming off an injury, and likely won’t provide a significant impact. In comparison, the Braves have a knockout punch of Max Fried, Ian Anderson, and playoff legend Charlie Morton. So, for that one reason, the Atlanta Braves, despite three marquee players not playing, will come out on top and reign as baseball’s 2021 World Series Champions.

How Christian Yelich’s Struggles Led the Downfall of the Brewers’ Season
Rest in Peace to Red Sox Legend Jerry Remy, 1952-2021