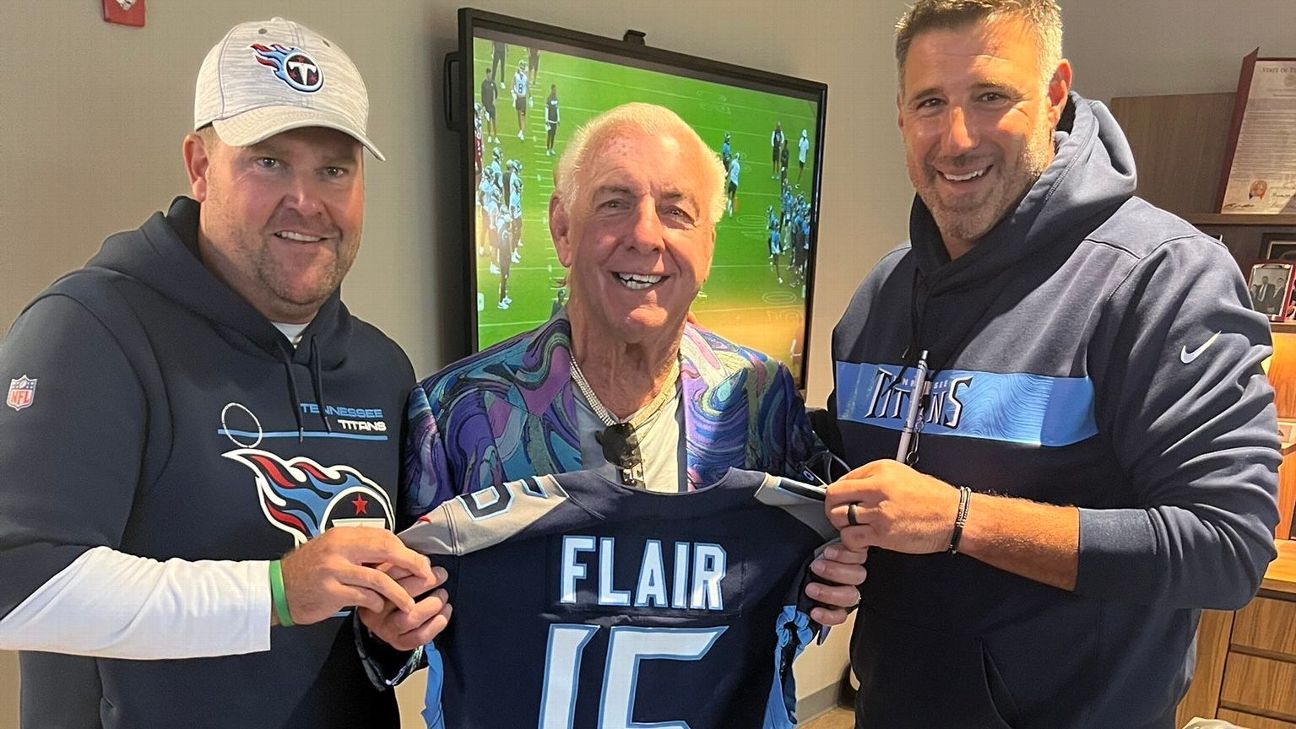 Perhaps nothing could motivate the Tennessee Titans in the agonizing Nashville heat more than the “Nature Boy” himself.

Richard Fliehr, 73, known worldwide as “Ric Flair” attended Titans training camp on Thursday at Saint Thomas Sports Park ahead of his highly anticipated final fight, which is set to take place in the Nashville Municipal Auditorium on Sunday.

Flair, who watched himself climb from the everyday pro wrestler to a household name due to his electric behavior and lavish lifestyle in the 1970s and 80s, gained much popularity among sports fans everywhere.

Closing out practice, the sixteen-time world champion and two-time WWE Hall of Famer spoke to the team as the Titans appropriately welcomed him to Music City with a choir of “woos,” honoring the great wrestling idol.

Flair spoke with media after practice and revealed that his favorite NFL player is none other than Tennessee’s star running back Derrick Henry.

“My favorite player in the NFL right now is Derrick Henry. I hated him at Alabama, but I love him here,” Flair said.

Apart from wrestling, Flair has always cherished the sport of football. He was even recruited by the University of Minnesota in the late-60s as an offensive guard and defensive tackle.

Due to his grades slipping, however, while at Minnesota, he soon dropped out of college and began to pursue a career as a professional wrestler.

Inviting Flair to speak with the team was head coach Mike Vrabel, who admitted that he used to watch Flair on television with his father growing up.

When asked by reporters if Vrabel could have cut it in the ring, Flair spoke highly of the former linebacker’s toughness and size.

“He’s big enough,” Flair said. “Remember, he was a linebacker, so he’s probably 260 pounds right now. Absolutely. I could tell by talking to him, he’s tough.”

Vrabel plans to be in attendance at Flair’s final match on Sunday night, in which Flair will battle it out alongside his son-in-law Andrade El Idolo to take on Flair’s trainer Jay Lethal and Tennessee-native Jeff Jarrett.