WWE And The Leukemia & Lymphoma Society Team Up to Fight Cancer 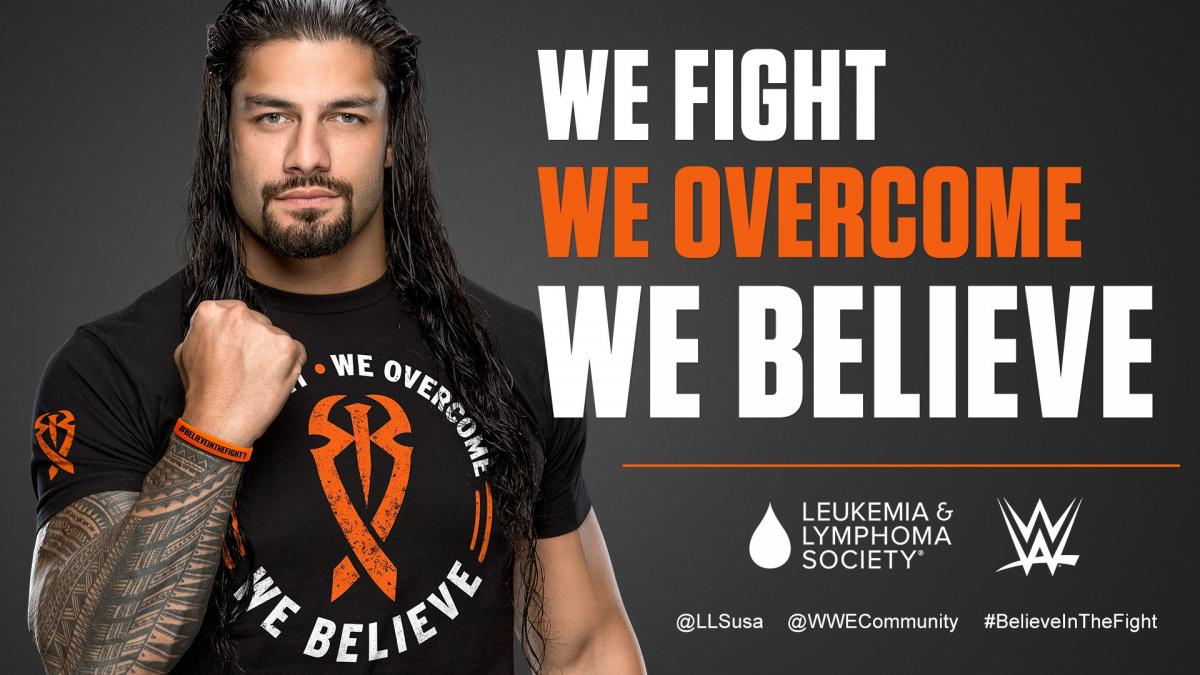 Cancer is a devastating disease that affects millions of people around the world. Cancer doesn’t care if one is young or old, rich or poor, nor does it discriminate between races and nationalities. The WWE and WWE Superstar Roman Reigns have decided to team up with The Leukemia & Lymphoma Society (LLS) in the fight against cancer. This year marks LLS 70th anniversary, and more than $1.3 billion invested in Leukemia research to-date but more still needs to be done.

For Reigns, this cause is personal. He is in remission for the second time from chronic myeloid leukemia (CML). Reigns’ journey with leukemia began in 2007, when he was diagnosed with CML at age 22. He battled and beat the disease, but eleven years later, his cancer returned. This unfortunate event forced him to take time away from WWE, resulting in him relinquishing the WWE Universal Championship title.  After fighting cancer for the second time, Reigns made a heroic return earlier this year. His partnership with LLS is part of his commitment and determination to keep fighting for patients and families.

There have been more than 40 treatments approved by the FDA in the past two and a half years for adults with blood cancer, only four therapies have been approved in the past three decades for first use in children with cancer.The children who do survive treatment face a lifetime of deadly complications from toxic treatments. Leukemia is the most common cancer diagnosed in children and the second leading cause of cancer death for children. The LLS Children’s Initiative addresses the need for more to be done now.

While progress has been made in finding new treatments and even cures for some cancers, few new, less toxic treatments have been approved for childhood cancers, including leukemia.  LLS recently launched the LLS Children’s Initiative. This initiative’s goal is to tackle pediatric cancer from every angle by doubling its investment in pediatric research, strengthening patient support services  (including back to school resources), family support groups, financial assistance, and advocating for policies that will ensure coverage for treatment and care. As well, LLS will launch a first-of-its-kind clinical trial for pediatric leukemias in 2020. The PedAL Master Clinical Trial is a bold, precision medicine approach to using genomics to target therapies for children.

The WWE and Reigns’ new partnership with LLS will generate awareness and support for research to find new, less toxic treatments for childhood cancers. This includes LLS’s unique educational and support services for patients and families, including financial assistance. The WWE will assist in this cause by using its global platforms, including TV broadcasts, live events, WWE Network and digital and social media to support LLS’s mission. In addition, a portion of sales from select Roman Reigns merchandise will be donated to LLS.