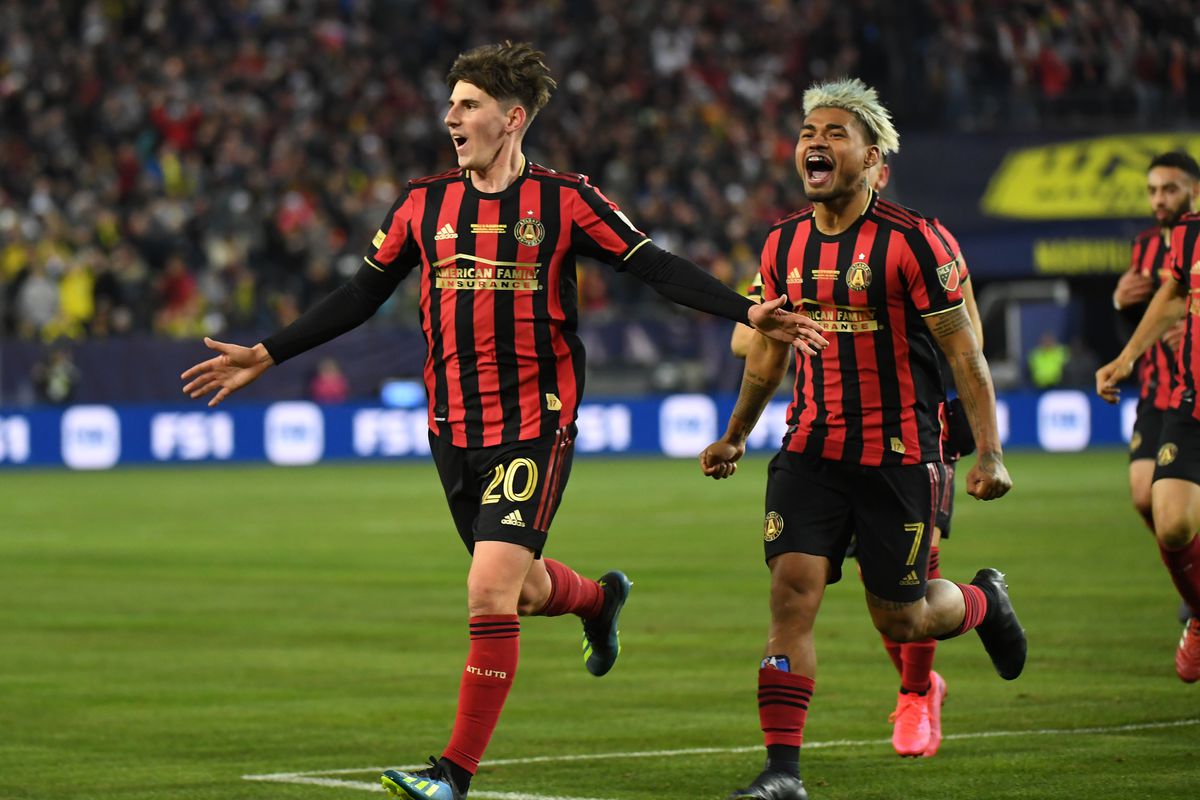 Georgian 4pm signaled the start of a spectacular match between a former MLS champion and one of the recently joined teams. Atlanta vs. Miami, United vs. Inter. Two very different teams that were in similar positions in the east.

The locals had just lost 2-1 to Columbus Crew and lost one of the best players in the league, Thiago Almada, who was sent off late in the game.

As for the visit, it was up since the previous day they beat the always difficult Timbers, in Florida, 2-1.

Both clubs leading up to the game and to this day are having an irregular season as Atlanta, prior to the recent victory, only had three wins, four draws and five losses. As for those led by Phil Neville, they had five wins, three draws and six losses. Getting into the game, story begans early since just three and a half minutes into the game, the emblem of Atlanta, Josef Martínez assisted Luiz Araujo so that he shot with his left foot to the right post of Drake Callender that he could do nothing and before the quarter of an hour, The Five Stripes took the advantage. The 26-year-old Brazilian would manage to score his third goal in 9 games played in this edition of the MLS and his ninth goal since his arrival at Atlanta United from Lille in 2021. As for Martínez, the Venezuelan with that pass, reached his third assist so far in MLS 2022.

Neville’s team would try to reach an equalizer through touches and (not always) associative combinations between their midfielders and forwards. Ariel Lassiter tested debutant Rocco Ríos Novo with a shot from the side of the box and the Argentine responded phenomenally. On the rebound, Indiana Vassilev would throw it over the crossbar.

The expulsion in Miami was early because before half an hour of the match, Jean Mota went to the showers due to a double yellow card. The curious fact is that the former Santos and Fortaleza, was reprimanded 4 minutes before and then saw the red card for a foul on Marcelino Moreno. After this, the game would be uphill for the visitors. They barely bothered the local goalkeeper and all the dangerous occasions went to Atlanta, which with one more player wasted a couple of chances but managed to close the game with a return of kindnesses.

After an escape from left back Caleb Wiley and a bad decision since he finished off the goal when he had a pass, the ball would remain at the feet of the author of the only goal up to that moment, and out of all selfishness, the number 19 instead of shooting focused the ball for the captain, Josef, to score his third goal in the competition.

In this way, Atlanta won for the first time since April 2 when they beat DC United as a visitor. With this victory, they are two steps away from entering the playoffs and  Gonzalo Pineda will visit Canada this weekend to face Toronto.

Inter Miami was unable to extend its winning streak to three straight games and sits one spot lower than its recent rival. The next stop? Minnesota United at Lockhart Stadium.

USMNT Potential Starting 11 for the World Cup
Do NYCFC Still Have More to Prove in its Rivalry Against the Red Bulls?