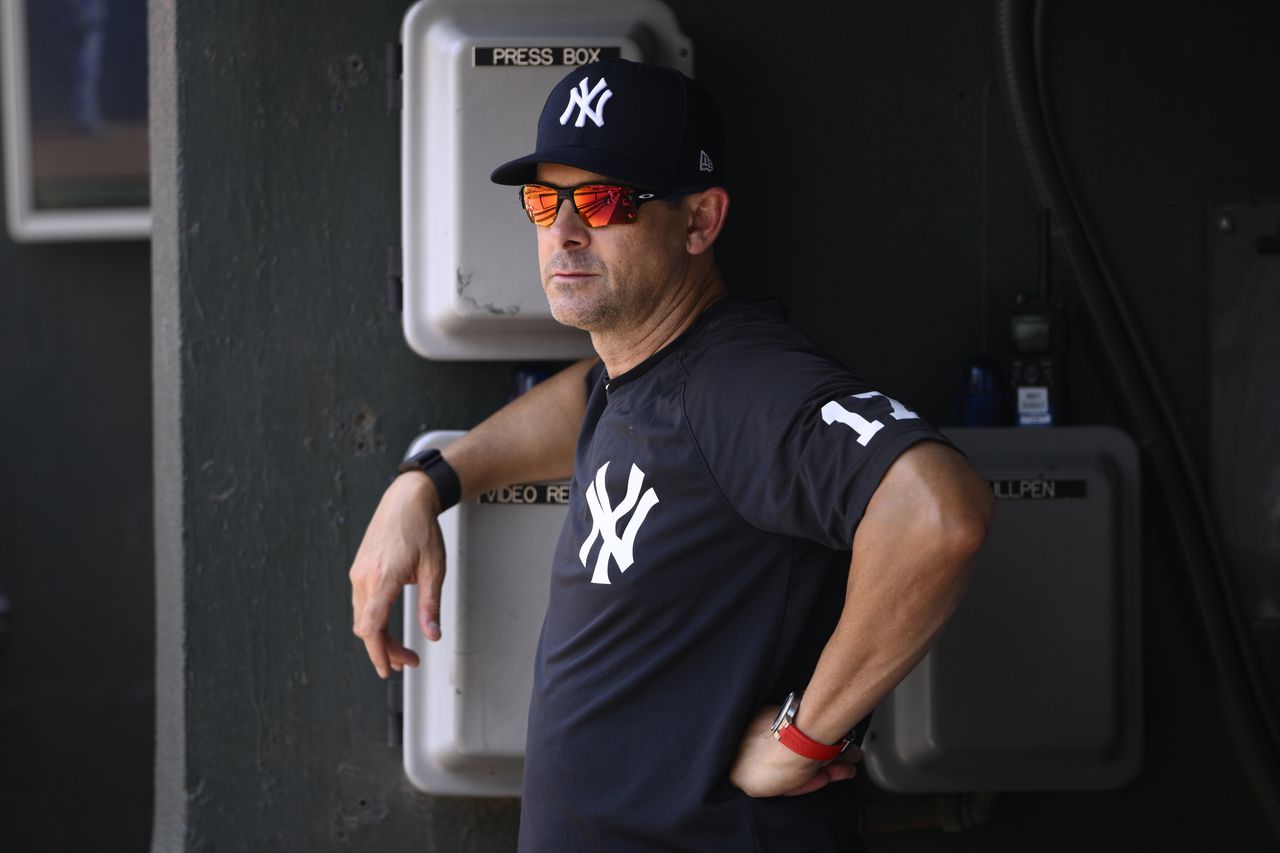 On September 28 in a contest between the New York Yankees and the Toronto Blue Jays, the Yankees decided to have 17 coaches and an acting manager which was a unique and cool experience. The Yankees have clinched the AL East clinched and essentially have the two seed in the American League clinched so there is essentially nothing to play for. Pitcher Luis Severino looked to be the pitching coach, second baseman Gleyber Torres was the bench coach, and first baseman Anthony Rizzo as the acting manager.

Rizzo even had a watch on like Yankees manager Aaron Boone always does which was funny to see. It was good to see Torres had a huge smile on his face as he presented the lineup card to the umpires. Yankees fans loved the lineup card Rizzo put together as they had one of their top prospects in shortstop Oswald Peraza hitting clean up and potential new fan-favorite Oswaldo Cabrera starting at second base and hitting second behind Aaron Judge.

There are many reasons why this was a cool idea and should be used more in the regular season. One of them being Boone clearly trusts his players and staff where he can let the players have fun and control the team. Also, this is a great way for players to build up chemistry with the team before the playoffs especially for guys like Peraza, Cabrera, and center fielder Harrison Bader who was acquired at the trade deadline and finally healthy.

Another reason is it allows players to rest up as Rizzo and Torres did not play. Also, slotting Aaron Judge at designated hitter as opposed to right field allows him to play and still surpass Roger Maris’s 61 AL home run record as they are now tied, but gave Judge a break from the field and avoid the risk of a potential injury.

From an offensive standpoint, this lineup as performed as Judge even homered to tie Maris’s record for his 61st home run of the season as mentioned earlier. The Yankees poured on eight runs leading to a 8-3 victory over the Blue Jays as everybody had a hit or a RBI except for catcher Kyle Higashioka.

On the pitching end, the Yankees staff had a solid day as starter Gerrit Cole went 6.1 innings pitched and the bullpen was not killed. Rizzo eased relief pitchers Zack Britton and Scott Effross who were back from injury as they each pitched 0.1 of an inning. Overall, the Yankees held star first baseman Vladimir Guerrero Jr., 0-3 that game which was a bonus as he has been a villain to the Yankees all-season long and is not afraid to call out the Yankees.

This was a fun idea by Yankees management and it should continue with only two series left in the regular season home against the Baltimore Orioles and at the Texas Rangers. In order to make a deep postseason run, the Yankees need momentum and chemistry and this player-manager experiment is a good way to ensure that.