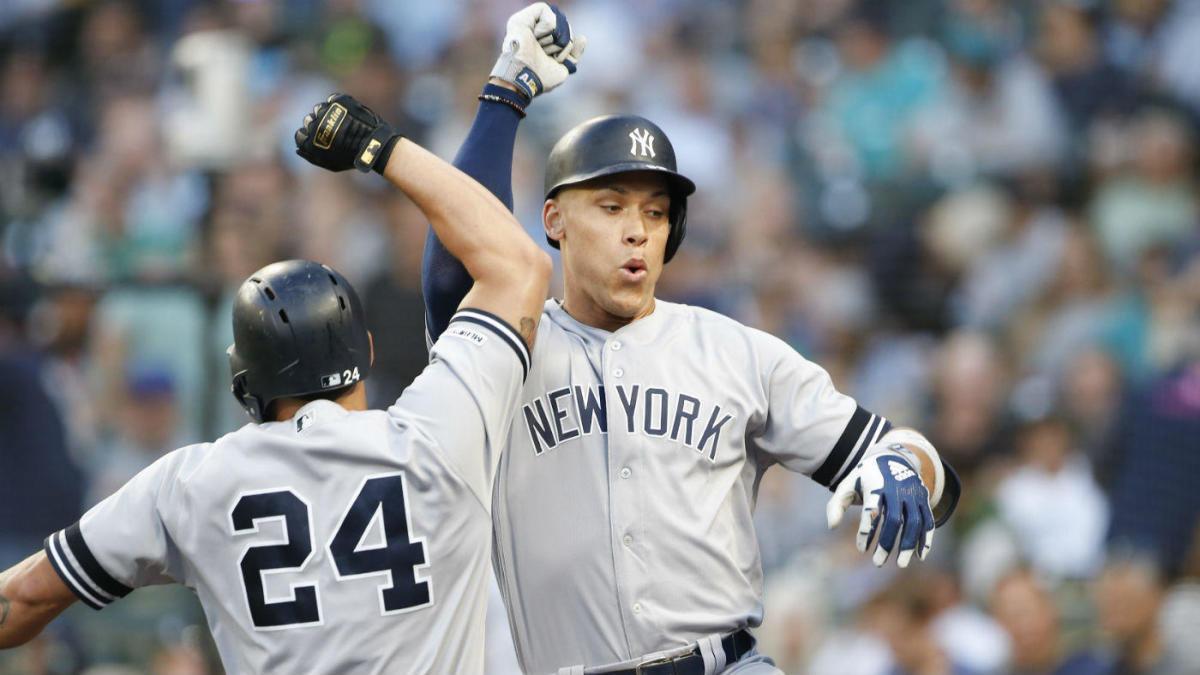 After Paxton’s back injury and Severino’s season-ending Tommy John surgery, the Yankees rotation looks like a shell of its former self. The original starting five of Gerrit Cole, Luis Severino, Masahiro Tanaka, James Paxton, and J.A. Happ could have been one of the best in baseball. Cole and Severino alone could be one of the best 1-2 combos, whereas Tanaka and Paxton looked a lot more comfortable as middle of the rotation starters. Although Happ is no longer a twenty-game winner, he finished 2019 strong, and was a quality starting pitcher as recently as 2018. Furthermore, by the end of last season, starting pitching was the Yankees’ biggest weakness. It seemingly turned into a strength after the signing of Gerrit Cole. However, with Severino out for the year, and Paxton out until at least May, the Yankees rotation for the 2020 season looks more mediocre than above average.

Although the rotation is troublesome, the one starter the Yankees do not have to worry about is Gerrit Cole. He may very well be the best starting pitcher in all of baseball. For that reason, Cole received the highest contract of all time for a pitcher this offseason; a nine-year, $324 million deal from the Yankees. If Cole chooses to opt-out of his contract after 2024 to test free agency, the Yankees can prevent Cole from leaving with a clause in the contract which adds a tenth year for $36 million. Cole put together his best season in 2019: in 33 GS, he went 20-5 with 212.0 IP, 2.50 ERA, 2.64 FIP, 13.82 K/9, 7.4 fWAR, and finished second place to former teammate Justin Verlander in the AL Cy Young Award. Cole is on the right side of 30, and there is no reason why he would not be able to replicate last season’s success in New York. His presence may be the only thing that saves the Yankees rotation from being a complete disaster.

Tanaka can handle himself as the number two starter. Although Tanaka had a very alarming 4.45 ERA and 4.27 FIP, he also had his highest fWAR (3.3), games started (31), and innings pitched (182.0) since 2016. Tanaka could be even better in 2020. According to a variety of pitchers such as Masahiro Tanaka, Max Scherzer, Justin Verlander, and J.A. Happ, as well as a report conducted in 2018, the seams have been lowered on the baseball. As a result, Tanaka’s iconic pitch, his splitter, has less vertical drop. In fact, it was destroyed by hitters in 2019. In 2019, opposing batters hit .292 off the splitter, compared to .220 in 2018, and .191 in 2017. Tanaka was forced to change the grip of his splitter throughout the season. However, as the season went on, Tanaka was beginning to feel more comfortable with his new splitter. Before the All-Star break, hitters had a .308 BA and .526 SLG, yet after the All-Star break hitters had a .240 BA and .339 SLG. If Tanaka’s splitter can return to his post-All-Star break form, he should be a very respectable starter. However, if hitters adjust to Tanaka’s new splitter, or Tanaka is not able to reshape his iconic pitch over the course of an entire season, the Yankees could really be in trouble.

Despite the Yankees not having a true number four starter, the spot is almost guaranteed to go to Jordan Montgomery. He’s a tall lefty who does not blow hitters away with his fastball (though that could change as his 94 MPH fastball garnered a lot of swings and misses in his first start in Spring Training), but he has effective secondary pitches and works off the corners of the plate. He has the potential to be a reliable force. He was vastly underrated in his rookie season in 2017. That year, Montgomery placed sixth in the AL Rookie of the Year voting. He went 9-7 with 155.1 IP, 3.62 ERA, 4.22 FIP, 8.34 K/9, 1.22 HR/9, and 2.6 fWAR. The main concern with Montgomery is how he will fare against Major League hitters after making just seven starts in eight games pitched over the last two years. So far, Montgomery has dominated in Spring Training. In two games (one game started), Montgomery threw 4.0 IP with a 0.00 ERA, one hit, one hit by pitch, and seven strikeouts. Hopefully, Montgomery’s success in Spring Training will continue and translate to the regular season.

Be that as it may, the Yankees are desperate for a viable fifth starter, so any of these three could be in the rotation, but not until mid to late April because of the service time rule. At least for Schmidt and Garcia, both of them have not been in the Majors, and thus if the Yankees call them after twenty-five days after the season starts, then the player is under team control for another year before they can enter free agency (172 days count as a full year in baseball, and there are 187 possible days on the regular season 26-man roster). Then there is Michael King, who made his Major League debut in a very brief September callup. Because of this, King will not be affected by Major League service time, and thus could be the fifth starter right out of the gate. King has even impressed in Spring Training so far, with 6.2 IP, 2.70 ERA, 7 H, BB, 4 K. However, because of the fact that King has hardly pitched in Triple-A and was not very impressive there, he could use more seasoning before getting called up.

Yet one internal option and one possible external option stand in Loaisiga’s way: Chad Green and Steven Matz. While there has been little talk about Green taking the fifth starter job temporarily in 2020, he cannot be ruled out. Green was very effective as the Yankees opener (a pitcher that starts the game and throws 1-2 innings, before a long reliever pitches the next 3-5 innings). In 15 starts (19.1 IP), Chad Green had a 3.72 ERA, while hitters slashed .243/.333/.446, and had a .333 wOBA. Green seems a lot better than all the other options mentioned (unless Schmidt, King, and Garcia continue to prove themselves in Spring Training and do well in the minors for a month). As for Steven Matz, the Yankees have talked about acquiring him from the Mets, and the Mets have in return asked for a Major League ready bat in Miguel Andújar.

Although Matz would be a respectable backend of the rotation starter for the Yankees (160.1 IP, 32 G, 30 GS, 4.21 ERA, 4.60 FIP, 8.59 K/9, 1.52 HR/9, 1.6 fWAR in 2019), there is no way the Yankees would give up Major League ready bats such as Andújar, Frazier, or Tauchman as outfielders Judge and Stanton are now unlikely to be ready for Opening Day. Furthermore, the Mets do not need any more outfielders as they have Michael Conforto, Brandon Nimmo, Jake Marisnick, Jeff McNeil, Yoenis Cespedes, and even J.D. Davis. Perhaps the Mets would bite on speedy utility man Tyler Wade, whose Hard% spiked from 18.6% to 26.5% last season, or perhaps they would be interested in someone of a similar caliber, such as Thairo Estrada. The Yankees would have to include another minor league pitcher and maybe someone such as Nick Nelson who had a fantastic season in Double-A last year. Still, considering that the crosstown rivals do not make trades very often, Wade has yet to fully prove himself at the Major League level, and since the Mets asked for someone as talented as Andújar, the Yankees are unlikely to trade for Matz.

That being said, the real competition for being the Opening Day fifth starter belongs to Chad Green and Jonathan Loaisiga. If Loaisiga continues to impress in Spring Training, he should make the team as a starter. However, if the Yankees do not feel that Loaisiga is ready, then they can have Green as a opener paired with Luis Cessa, Jonathan Loaisiga, or David Hale to pitch right after him. Don’t be surprised if by mid to late April, the Yankees bring up Schmidt, Garcia, or King. Regardless of what the Yankees decide, James Paxton will be back to strengthen the rotation soon enough. Additionally, Domingo Germán can return as early as June 5th from his 80-game domestic violence suspension. He will certainly need to make several minor league starts to get back into shape, but Germán should be able to join the Yankees as a starter, or reliever, by the end of June or after the All-Star break at the latest.

Despite the starting rotation problems, the 2020 Yankees have an incredible lineup and a great bullpen. They are a team that is known for making a splash by the trade deadline, and that can be the case again in 2020 if their starting pitching proves to be as problematic as predicted. Nonetheless, even with the injuries and shaky starting pitching, the general consensus is that the Yankees are still the team to beat in the AL East.

fWAR: Wins Above Replacement for Fangraphs. For example, if a player has a 0.1 fWAR they are worth 0.1 wins more than a replacement-level player (0.0 fWAR). The average starting player has 2.0 fWAR.

AL Cy Young Award: The award given to the best pitcher in the American League.

wOBA: Weighted On Base Percentage. An offensive stat that is a truer version of OBP. MLB average: .320 wOBA.

Hard%: The percentage of balls put in play that are hit hard. MLB average: ~35.3%