Yet Another Falcons Disappointment 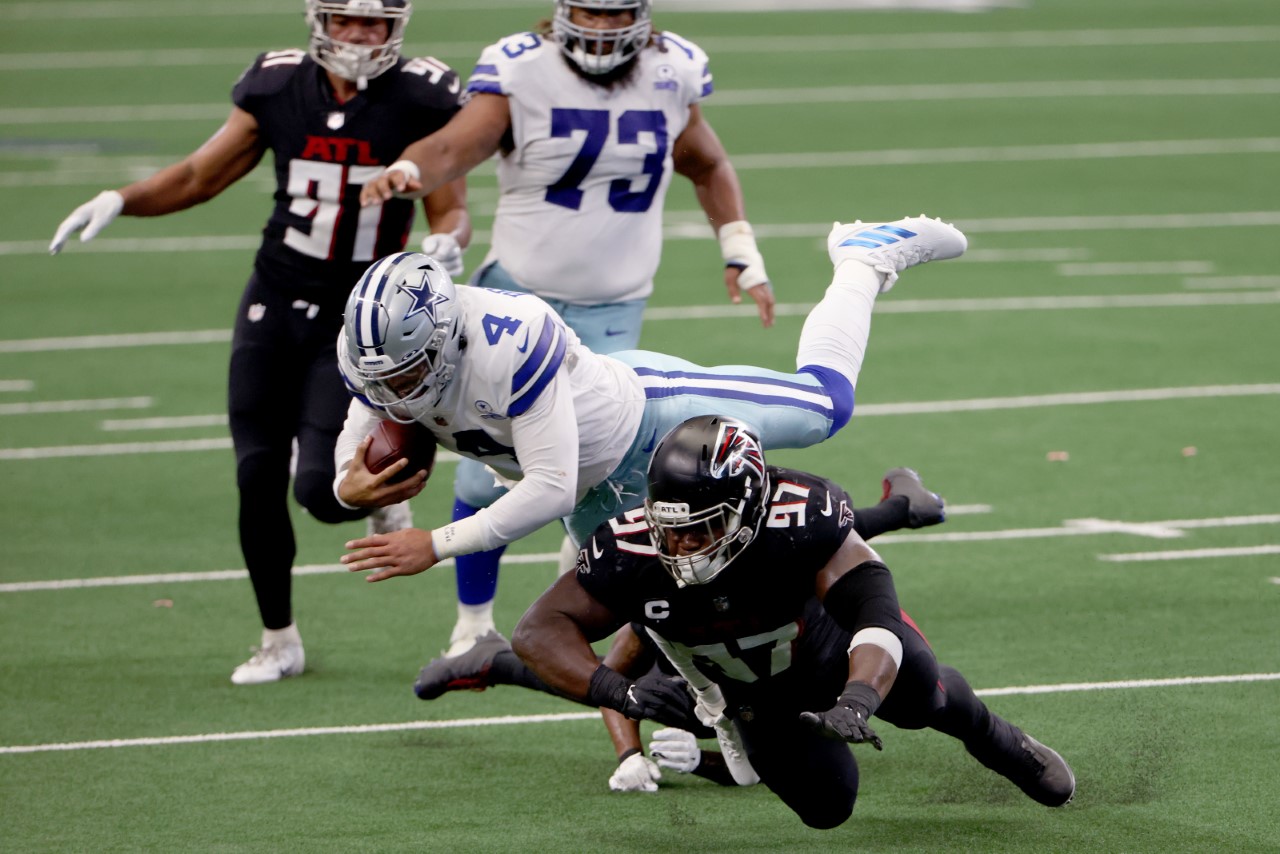 The Atlanta Falcons had a strong start in week two against the Dallas Cowboys. Dallas fumbled the ball four times in just the first quarter of the game, which helped the Falcons take a 20-0 lead. This marked the most that the Cowboys have given up in an opening quarter since 1985. Things were not looking good for the Cowboys, especially after their loss against the Los Angeles Rams week one, yet somehow they managed to make a comeback and win the game with a 46-yard field goal in the last few seconds of the game.

Cowboys’ Dak Prescott became the first quarterback in NFL history to pass for more than 400 yards and rush for three touchdowns in one game, which resulted in a victory for the team. The Falcons still had a 15-point lead in the fourth quarter until the Cowboys held them on defense and then rushed for two more touchdowns leaving a 2 point difference of 39-37. Cowboys rookie receiver CeeDee Lamb’s 24-yard catch is what landed the team in field goal position resulting in a one point lead and a first win for the Cowboys this season.

A game changing play for the Falcons was the Cowboys’ kick off in the fourth quarter where they decided to do an onside kick in order to gain possession of the ball, which worked out in their favor. Atlanta could have picked it up in this play and had possession of the ball to ultimately end the game with a victory, and this is enough to leave any Falcons fan frustrated. Atlanta quarterback Matt Ryan threw four touchdown passes for 273 yards, two of which were acquired from lost fumbles from the Cowboys. An Atlanta loss was not expected after such a promising start, but unfortunately it is the sad reality that the team is now sitting 0-2 at the start of this season.

“We’re definitely a better finishing team than we showed today,” Falcons wide receiver Julio Jones said. “We’re still positive, a very positive team. We’re not going to let it define who we are, we’ve just got to keep getting better.”

Calvin Ridley was the Falcons’ leader of the week with 109 yards and two touchdowns, while Russel Gage was just under Ridley with 46 yards and one touchdown. Julio Jones was suffering a hamstring injury before week 2 began, but was cleared to play. He had two catches for 24 yards, which was under his percentages in week one where he hauled in nine of twelve targets for 157 receiving yards. Luckily Jones seems to be back injury free, but unfortunately the Falcons have added other players onto their injury list after week 2. This includes right tackle Kaleb McGary who injured his knee in the first quarter and did not return, linebacker Foeysade Oluokun to cramps, and safety Ricardo Allen to an elbow injury.

The Falcons must keep a positive and determined attitude and continue conditioning hard before week three against the Chicago Bears. Ryan has a chance to challenge the Bears’ defense by continuing his high passing yards that (hopefully) result in touchdown passes. The Bears will have a strong confidence in them now that they are sitting at a 2-0 lead so far this season, which can go either way for the Falcons. Either they underestimate the Falcons and get too comfortable resulting in their first loss, or they bring the pressure and continue their undefeated season leaving the Falcons in the dust. Atlanta fans are left praying that their team brings that determination and drive to the field in order to finally secure that first win they so desperately need.