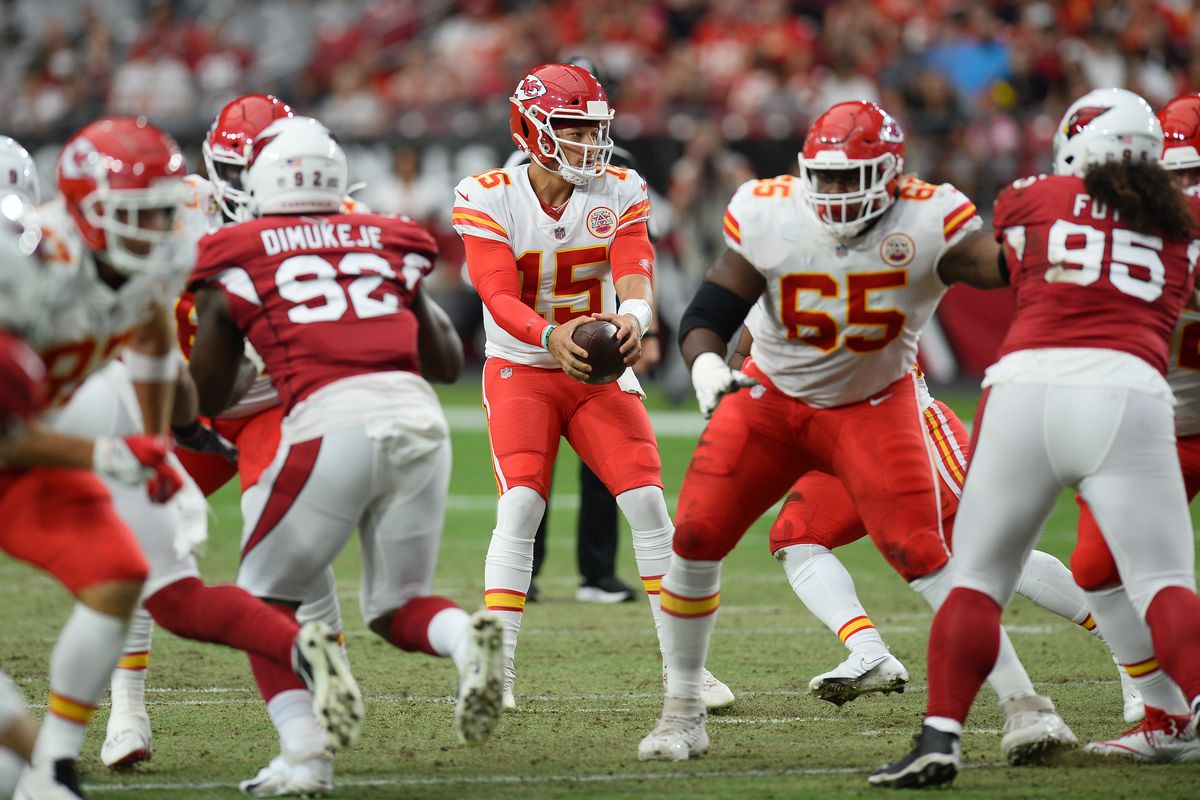 This game felt like it was over very early for Patrick Mahomes and the Kansas City Chiefs. Kansas City came out fast and furious and scored immediately and from there they never looked back. There’s a lot that can be learned from today’s home loss for the Arizona Cardinals.

1. The Offense Has to Get Going Early

Offensively the Cardinals didn’t play terribly, they just started slow in a game they needed to be fast in from the first snap. The Chiefs first few drives took huge chunks of time off the clock and resulted in touchdowns. Arizona’s offense didn’t look settled in until after a few drives. By then they were already down 2 scores and the second quarter was underway. Momentum is a hard thing to swing and the Cardinals weren’t able to do it. The Chiefs caught the Cardinals snoozing in the first half which shaped this game entirely.

2. Arizona struggles playing from behind

Early on James Conner looked very good for the offense not only by rushing but by blocking and receiving as well. Despite a late second quarter fumble, Conner was critical in helping orchestrate the Cardinals first scoring drive by making a huge block to help Kyler Murray scramble. On this drive, when Conner got the ball he was almost guaranteed to break at least one tackle. That ability helped Conner score early in the second quarter on a touchdown run that saw him break multiple tackles. Had every Cardinals drive been like this one, we may be talking about a much different game. Instead, Arizona was forced to pass which never allowed them to run their true offense after this drive. James Conner saw a bulk of his carries come in the first half before a blowout ensued, so what he can do when Arizona’s offense has control will be intriguing. His second quarter fumble is hopefully not a sign of things to come.

3. Greg Dortch should be a part of this offense

Preseason standout Greg Dortch had himself a very nice game being virtually the only life for Arizona’s passing game early on. He had a few big catches that went for first downs and four grabs for 36 yards headed to the half. In the second half the rest of the Arizona offense started getting involved, so Dortch only had three more catches. That being said, the 2019 undrafted free agent led the Cardinals in receiving yards on Sunday. His performance today surely will help him get more reps and possibly more playing time once Deandre Hopkins is back come week seven.

4. Vance Joseph has to prepare better

Defensively the Cardinals were practically non-existent for the duration of today’s game. Patrick Mahomes is arguably the best player in football and he showed that against this defense. The Chiefs started out hot and with the offense not getting anything going early, this defense was gassed. Kansas City had two long drives to start the game and set the tone for the rest of the afternoon. Easiest way to put it, the Cardinals got outplayed and outcoached on defense. Chief’s head coach Andy Reid is known for creative play calling and the defense didn’t look prepared for that. A great example was the Chiefs third touchdown, where Clyde Edwards-Helaire got wide open after leaking out from the backfield. The blown coverage helped Kansas City up 20–7 and forced the Arizona offense to go pass heavy the rest of the way.

5. The Defense needs to be better in the red zone

While Arizona’s defense needs to improve as a whole today, one of the big things that needs work is their play inside the 20 yard line. All of Kansas City’s touchdowns came from inside the red zone today. Another note was how often they allowed one on one matchups including inside the 20 yard line. Travis Kelce scored a touchdown on a one on one matchup and inside the red zone when two guys need to be on him at all times. Also, Clyde Edwards-Helaire’s first half touchdown saw him score without a defender nearby. The team didn’t allow the Chiefs to score on any big plays but the lack of red zone strength made that a non-factor.

Sunday was a day Cardinals fans and players would like to forget rather quickly. Things won’t be getting any easier for this team as they travel to Las Vegas to play a Raiders team looking for redemption after a close week one loss to the Chargers. The Cardinals have to come out hot against the Raiders as playing from behind clearly isn’t their strong suit. It’s very easy to say today was just a case of Patrick Mahomes playing like the best player in the league but with the next few weeks being quite tough for Arizona, it will be obvious what kind of team they are come week three. Ultimately, there’s no need to overreact considering the talent on this team, but if you were hoping for a Cardinals Super Bowl win there is reason to be concerned.