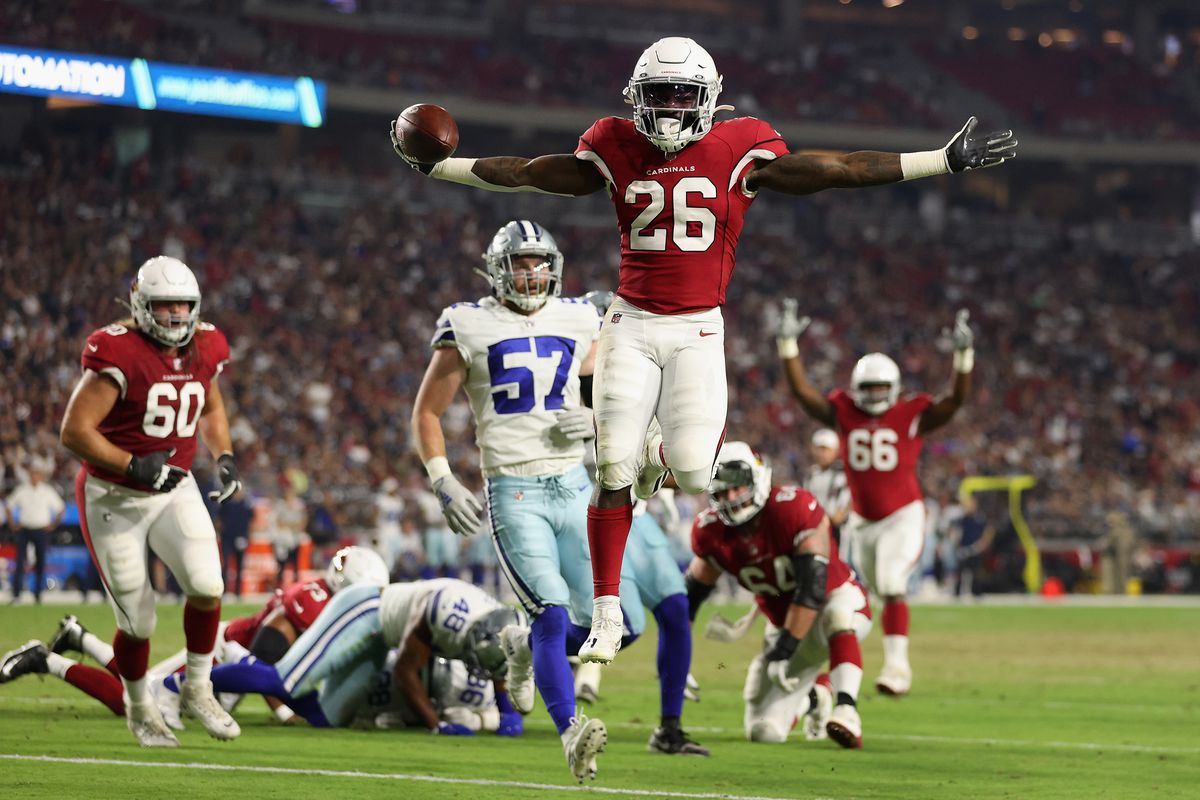 The Cardinals had a tough preseason game on their hands this last Sunday as they faced the Baltimore Ravens. Baltimore had won their last 21 preseason games prior to Sunday’s matchup and looked to add to an already astounding record.

Like the Ravens, the Cardinals chose not to play a majority of their starters in order to keep the team healthy come week 1. This gave Trace McSorely the start against his former team.

Arizona’s offense was stagnant to start the game and they struggled to find the endzone until the 4th quarter. The running game struggled and the Cardinals only had 1 player rush for more than 5 attempts, that being Trace McSorely. McSorely made a few nice throws down the field, one of which would help lead the Cardinals to their first points of the evening. That drive ended with a field goal after the Ravens held strong on 3 straight downs inside the two yard line. McSorely also threw two picks on a few bad decisions with one eventually leading to a Baltimore touchdown. The offense was mainly led by veteran Victor Bolden Jr. and young Andy Isabella. Isabella made some great catches in coverage and ran very good routes helping him total 54 yards receiving on 5 catches.

2nd year receiver Greg Dortch had himself another good game coming off a solid performance last week against the Bengals. Dortch had his best play late in the second half on a beautifully run crossing route that went for 25 yards. While the offense struggled for a decent portion of the game, they were able to move the ball down field and get some big plays out of their young receivers.

Defensively the Cards weren’t great for the majority of the first 3 quarters. The defense had a hard time making tackles in the open field, which allowed Isaiah Likely of the Ravens to make some very big plays down the field. Arizona’s defense also struggled once the pocket broke down as they allowed multiple big plays once the quarterback had escaped the pocket. That’s not to say the defense didn’t make plays. The Cards comeback late in the fourth was sparked by an interception by undrafted free agent Chandler Wooten. Wooten is trying to make an NFL roster for the first time in his career after going undrafted and this week certainly helped.

Towards the end of the 4th, down 14, Arizona put Jarret Guarantano at quarterback and he made an exceptional throw to Jontre Kirklin for a touchdown. That was Guarantano’s second throw of the evening. The defense got Arizona the ball back with a few minutes to go, but the offense struggled to get going. Guarantano made a great throw on third down to start the drive. After a sack, he picked up solid yardage on a scramble to give the Cards a more manageable 4th down.
Unfortunately for Arizona, Guarantano’s pass was incomplete on what probably should have been a penalty to extend the drive. Despite that being how the game ended for the Cards, Guarantano had a great showing in his moments on the field. If he works on his pocket presence a little bit more, he could easily have a roster spot on this team. Hopefully we will see more of him in week 3.

Ultimately, while the Cards weren’t able to snap Baltimore’s preseason win streak that now extends to 22 games, they had some really solid showings from the young guys. The Cardinals have picked up some really good depth for this team. That depth could go a long way late in the season. Overall, week two was a success for the Cardinals.