The Party Box in Dozer Stadium remained empty on Tuesday night as the Peoria Chiefs returned to their home field after a six game road trip. 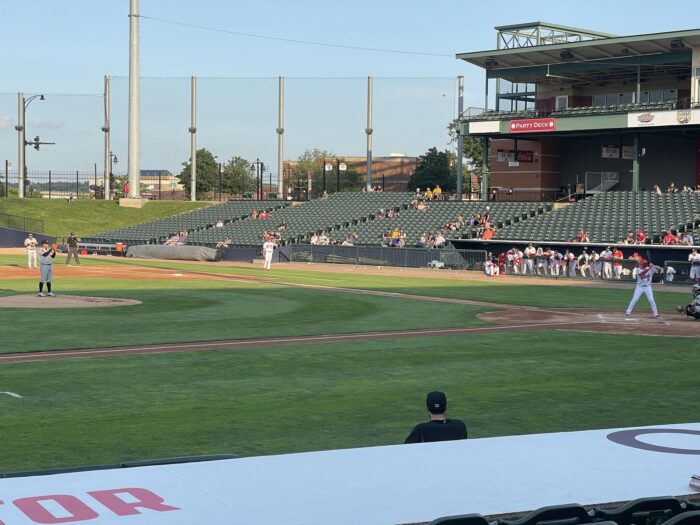 In reality, each time a batter walks to the box, he is alone. His view is a field full of his opponents. Likewise, every time an outfielder centers himself under a pop fly, watching the baseball’s graceful arc across the sky, he is alone. He catches the ball or he doesn’t. No one is coming to save him.

In A+ ball, where the odds stack up faster against any particular player’s chances for success in the Majors, that isolation, ironically, seems more personal.

On July 13, Peoria, the St. Louis Cardinals’ A+ affiliate, fell to the Wisconsin Timber Rattlers, the Milwaukee Brewers’ A+ team. They lost 6-1 in front of a sparse weekday crowd. A beer cost half the price of a ticket. Spectators sat with their feet propped up on the roofs of the dugouts.

The glitz and celebrity that separate the players from the rest of us have yet to appear in high A ball, and the hometown crowd in Peoria took advantage of the closeness by calling out to the boys, often by name, offering encouragement or heckles.

The Chiefs, less than ten yards away, undoubtedly heard every word.

Somehow, though, the lack of artificial barriers heightened my awareness of the true divide between the fans and the players.

Perhaps in part because no net separated me from the action—I swung my head up every time the bat cracked, on the lookout for a foul ball—and in part because I was close enough to see the facial expressions of the athletes, my proximity only made the distance between the stands and the field more tangible.

Suddenly, a chasm opened between someone like the man in the Hawaiian shirt sitting in Section 103 and the man in the uniform sitting in the dugout beneath him. The two men were close enough to have a conversation, but for one of them, the outcome of a game—whether he swung fast enough, threw accurately enough, ran hard enough—could determine the outcome of the rest of his life.

Then, in the fourth, Wisconsin struck first and scored on a double. Peoria, however, answered quickly. Second baseman Chandler Redmond walked to the plate, where he alone faced Wisconsin’s starting pitcher Victor Castaneda.

Redmond rose to the challenge and knocked a home run out of the park. On the other side of the outfield fence, a kid caught Redmond’s homer. He stood mere feet from the Timber Rattlers’ left fielder LG Castillo. It was hard to tell, in the ensuing cheer from the crowd, whether the jubilation was more for the Chiefs or for the young fan.

Regardless, Redmond’s proved to be the one and only run Peoria scored against Wisconsin, who went on to cross home plate five more times and chalk up a victory in the first game of the series.

Still, every time a Chief’s player stood at the plate, a six or seven-year-old boy shouted as loudly as he could.

Around him, the crowd chuckled and his father grinned, offering a half-hearted shrug to onlookers. 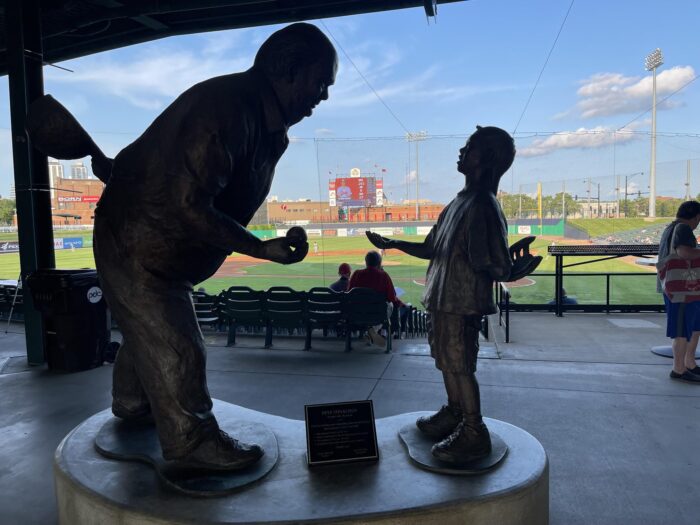 More likely than not, Richardson—the player the little boy hung his hopes on—was closer to the boy’s age than the age of the boy’s father. He must have heard the shouts as he stood facing the pitcher. He must have felt the pressure to capitalize on the dream he went to bat for, both from the six-year-old in the stands and most likely from the memory of his own six-year-old self.

But it was Richardson, not the boy, at the bat. And the batter stands alone.