The season is coming in hot, and for the Philadelphia 76ers, that might not be a great thing. The franchise is in turmoil. A disappointing bounce out of the playoffs, and a max player refusing to report to training camp are putting the immediate future in flux. This should be a relatively fun season for the Sixers as they shoot for the Championship that has eluded them since 1983, but for a variety of reasons it’s already taken a turn for the worst. It’s not all doom and gloom of course, but there’s an obvious fog hanging over the head of the franchise, and it’s by far the most arresting of all the storylines heading into the 2021-2022 season. 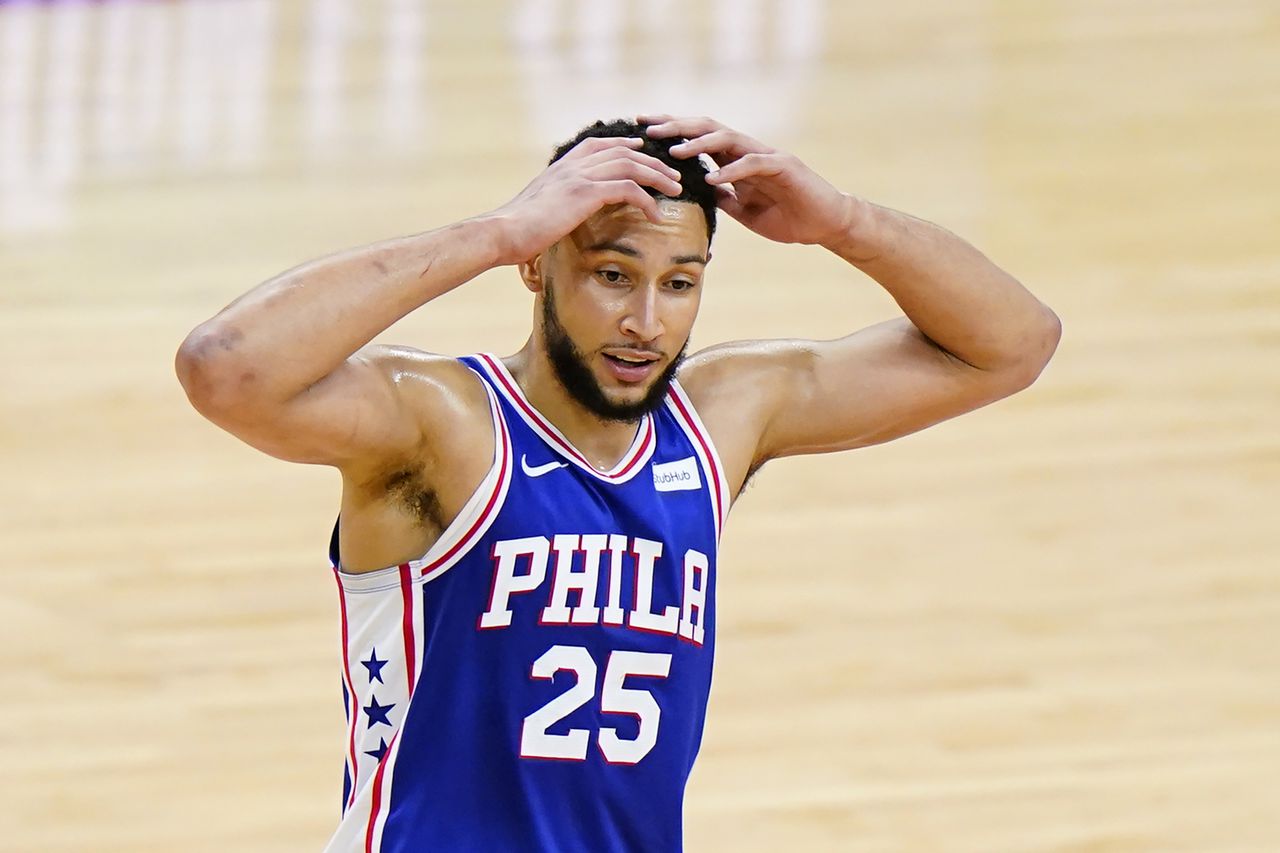 The most apparent and significant storyline coming into the 2021 season is what to do with Ben Simmons. Currently making 33 million dollars, Simmons has made it clear that he has no intentions to play for the Sixers ever again. He told teammates not to come visit him, he’s planning to hold out training camp and regular season, and perhaps most infuriatingly of all has now blamed Joel Embiid for his shortcomings. To be fair to Simmons, it’s very clear the 76ers were done with him after the disastrous Atlanta Hawks’ series. From Embiid half handedly throwing Simmons under the bus, coach Doc Rivers refusing to back Simmons, and the front offices undisguised attempts to ship him out all summer, it’s not THAT surprising that Simmons is so committed to packing his bags .

It’s obvious that this relationship is dead, and the only way Simmons is suiting up in a 76ers jersey is only under extreme duress. That’s pretty much the only assured part. Everything else is murky. Simmons is willing to hold out into the regular season, but for how long? A month? Half a year? The whole season? What happens after that? He’s still under contract for four years–would he sit until his deal expires if the 76ers can’t trade him? That would be absurd. Compounding the problem is that every time he and his “team” come out and say anything it lowers his trade value further. Beyond the fact that he completely disappeared on the biggest stage he’s been on, the total lack of offensive improvement in his career and now the willingness to quit on a team (with so much time left on his contract) while blaming everyone but himself is not endearing him to any suitors. At least, not enough to get even 50 cents on the dollar for a player that has admittedly had a Hall of Fame start to a career if you ignore context. Rookie of the Year, three straight All-Star games, two-time All-Defensive Team and an All-NBA selection by the time he’s 25 is an impressive resume, but everyone knows Simmons is fundamentally flawed in ways that will stop your team from winning a Championship. Trading Simmons for actual assets gets more difficult by the day, and the Sixers’ President of Basketball Operations Daryl Morey isn’t generally considered as a person that will panic trade players just because they want out.

So, the 76ers are at an impasse. On one hand, Simmons cannot be a member of this team anymore; those bridges have been burned, melted in acid and had a nuke dropped on them for good measure. On the other, Simmons’ trade value is too low right now, and trading him at this point is taking an insane loss. The only reason to trade Simmons for nothing at this point is simply to get rid of him and the large contract– that’s not no reason, but what kind of hosing are the 76ers willing to take for just that?

The path forward seems nebulous. The current plan seems to be: hope the Portland Trail Blazers lose their first twenty games in a row and Damian Lillard kicks up enough of a fuss that they’ll take Simmons. That’s not a great plan. Morey might have something up his sleeves, he often does, but it’s anyone’s guess at this point.

2. Can the young 76ers take another step forward?

With Ben Simmons gone and reinforcements unlikely, it’ll be up to the current crop of 76ers to step up and give them enough juice to win a chip. The most critical of these players is second year guard Tyrese Maxey. As the heir-apparent to Ben Simmons at the point guard position, he’s the one that needs to replace all the playmaking Simmons did, and it was quite a bit. So far, Maxey hasn’t shown much passing chops. He also isn’t a great shooter. He’ll need to make at least one of those skills league average or better for the 76ers to compete. He’s got an elite dribble-drive game with his speed and floater, but that’s not going to be enough.

While Maxey is the most critical part of this, there are some other young guns that can really step up and take this team to the next level. Matisse Thybulle getting a single offensive weapon to pair with his elite defense would be huge. Shake Milton consistently playing like a Sixth Man of the Year instead of just for a month would give them desperately needed scoring off the bench. Perhaps the newly drafted Jaden Springer can be a Simmons-lite with this defense and playmaking. Furkan Korkmaz could get back to shooting over 40% from three, and the second year Isaiah Joe could join him. Nothing listed here is impossible. They’ve all shown flashes of doing these things before, now it’s time to do it for a season. It’ll take a team effort to replace Simmons if the 76ers can’t get a legit star back (which is looking more and more doubtful by the second) but the 76ers have the team to do it. At least, in theory. 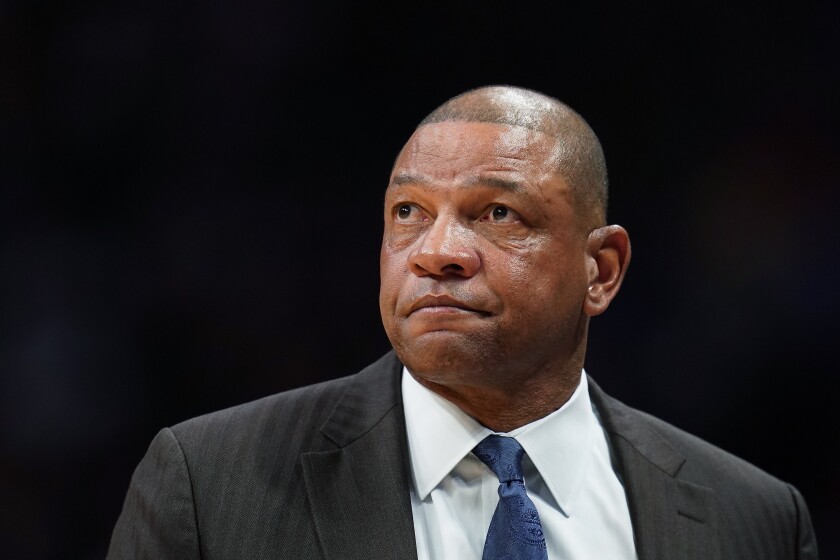 This storyline is a bit of a copout, but for a franchise that’s at the place the 76ers are at, the regular season doesn’t really matter. They just had the one seed and blew it. Regular season performance is not a question anymore, and making the playoffs shouldn’t be either. If Embiid plays 75% of the games (which he’s usually good for) and Harris does his regular season thing, that’s already enough to make the playoffs in the Eastern Conference.

The problem is what comes after. No one on the team (except Seth Curry, I guess) has a particularly good track record when things start to matter. Doc Rivers is quite literally more famous for blowing playoff series than his Championship at this point. Tobias Harris (although his playoff problems last year were overblown) was a ghost in 2019 and had some real stinkers in 2020. Even Embiid has had playoff struggles in the past especially in regards to his late game performance, and his eight turnovers in Game Seven were a huge problem. Those three didn’t escape criticism this offseason, especially Harris and Rivers, but they are a bit lucky that Ben Simmons was there to be a scapegoat or they may have been the ones run out of town.

The leash is miniscule for Rivers. Another blown series and it’s his head that rolls next. It’s a similar story for Harris. As for Embiid, if another disappointing exit is on the cards it won’t be surprising to see the crosshairs turn to him with Simmons gone. Barring a disaster, this team should win a lot of regular season games and make the playoffs again. It’s what comes after that holds the fate of this franchise in its hands. Despite Embiid’s relative youth, everyone knows that his window is small and shrinking with every new injury.

The upcoming season is a turning point. The Ben Simmons Saga will dominate the storylines for this team, and rightfully so. It’s going to affect this franchise’s future in a major way no matter how it resolves. Not only that, but in the wake of whatever happens, the question becomes: can this team actually compete for a ring? Or is it time to close the book on the process and start over?

How The Mavericks Fare Starting Kristaps Porzingis and Dwight Powell
Phoenix Suns: Will They Repeat Success?