The Sixers Are Running It Back

Heading into free agency, it seems most of the moves the Sixers are making are to retain what they had last year, and run it back. Given their cap situation, that makes sense, as there weren’t too many moves to be made. While there should be some doubts that this team can win a championship as currently constructed, James Harden with a full offseason and a healthy Joel Embiid are deadly weapons, and if Tyrese Maxey continues to ascend, who knows what could happen. 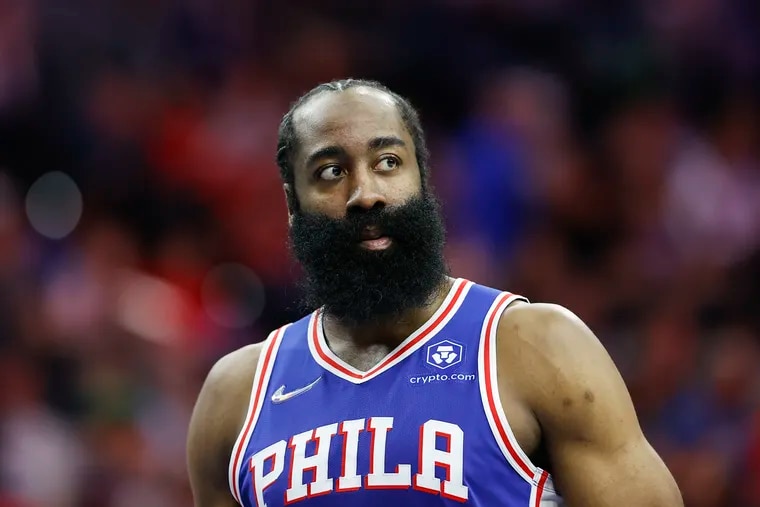 Free agency has started quite yet, but a few pieces of news have broken out already that show the Sixers are trying to retain what they have rather than make major changes. James Harden is expected to pick up his 47 million player option (not a surprise, and it’s not like the Sixers had a choice there), but more importantly the Sixers are reportedly working on re-signing a short term deal with Harden. That is pretty much the best scenario. Harden is aging, and he definitely showed that in the playoffs as he became near useless as a scorer. The Sixers were looking for a 1B scorer to Embiid’s 1A, but Harden was nowhere near that. He was still an elite playmaker, but for the Sixers to hamstring themselves to Harden for 5+ years as he continues to decline would’ve put an end to any hope of them competing with Embiid. Harden might still be able to summon a few good scoring seasons, but banking on him in his mid and late thirties with the decline he’s already shown would’ve been a massive mistake.

Secondly, the Sixers are also set to exercise their two million dollar team option on Shake Milton. This is another fine move, and pretty much a no brainer. Two million is nothing in today’s NBA, and Milton has at various times shown himself to be a serviceable sixth man. In the 2020-2021 season he scored 13 points a game on solid efficiency, and while his numbers dipped this season with Maxey and Harden taking many more guard minutes, he still flashed his ability here and there. The final game against the Miami Heat was one, and when he was given starter minutes for various reasons like in the regular season finale against the Detroit Pistons or against the Heat in March, he was able to perform quite admirably. Milton will be in his age 26 season for 2022-2023, so he’s entering his prime now, and again you could do much worse for two million. If he’s your sixth man he can occasionally do some damage, and if he’s more on the end of the bench you could do much worse. Milton knows the system, is physically solid (6’5” with a seven foot wingspan) and has an all-around game even if he doesn’t excel at any one thing. The only concern with Milton is he may block further development for 2021 draftee Jaden Springer, or it could also signal that Springer is far from ready to contribute as they should fill similar roles. Then again, if Springer does rise up and relegate Milton to a lesser role, two million won’t kill you. 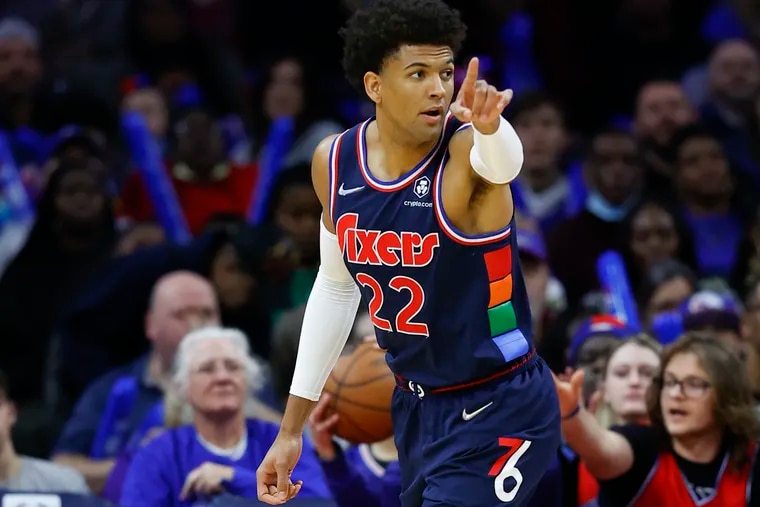 Of course, Morey wouldn’t be doing his job if he didn’t explore some moves, and there are a number of assets that he could play with. Matisse Thybulle had a rough postseason, with him being unable to play in Toronto and the way that the Raptors in particular abused his lack of offensive skill set. Thybulle will also be turning 26 soon, and for him to add a whole offensive game seems unlikely at this stage in his career. He’s still a great defender (made his second straight 2nd team all-defense) and playing with Harden opened up his cutting ability. This is also reportedly the first offseason he’ll really be able to focus on offense, as COVID complications hampered 2020 and in 2021 he spent the summer preparing with the Australian Olympic team. That’s probably a pipe dream more than anything though, which is why he’s on the block, but his value is most likely rather low right now after this season’s playoffs.

Tobias Harris on the other hand is coming off a pretty strong postseason, as he averaged 16.9 points per game on good efficiency operating as a fourth option at times, while also playing effective defense. His max contract makes him hard to move, but he’s another potential trade chip if they can find a team with assets but who also doesn’t mind taking on a max.

Finally, the last “big” trade piece would be the Sixers’ 23rd pick in the upcoming draft. They’ve gotten great players around there already, with 2019’s Matisse Thybulle turning into a multi-time all-defense selection and 2020’s Tyrese Maxey looking like one of the next young stars in the league in a very short time frame. At the same time 2021’s Jaden Springer did not contribute at all, and for a team trying to win a title, hoping a pick in the 20’s will be able to make a real difference is not terribly likely, which makes trading the pick a very attractive option.

Of those three, the pick is probably the most likely to go. Finding a buyer for Harris that also still nets something to help 2022’s run is unlikely, while Thybulle’s value is also probably too low right now unless he develops an offensive game, and if he does that the Sixers wouldn’t want to trade him. Furkan Korkmaz, Danny Green and Georges Niang all represent guys that the Sixer’s would be more than happy to deal, but it really is questionable what they could get back for them. Korkmaz cannot consistently do the one thing he’s supposed to be good at, which is hit threes, Green is coming off an ACL tear and won’t be ready until near the end of the season and is also 35, while Niang was a solid regular season contributor that completely fell apart come playoff time.

Overall, dramatic moves are not very likely for the cash-strapped Sixers, and 80-90% of the squad will probably look the same. The only person on the team not locked in for 2022-2023 is MIlton , who looks like he’ll get picked up once free agency officially opens. Outside of major trades, it is hard to see any moves that will dramatically change the Sixers, and it’s arguable they might not require such changes. The core four of James Harden, Tyrese Maxey, Tobias Harris and Joel Embiid on paper seems good enough to win a championship, so it will be up to Morey to find value in filling in the surrounding pieces. Three-point shooting wings are the name of the game for the Sixers, but the problem is that’s the case for pretty much every NBA team in today’s game. With a rather low asset chest to play with, Morey will be hard-pressed to get much done unless he wants to take what looks like a ten cent on the dollar type deal for Harris or Thybulle, but finding the guys that fall through the cracks is Morey’s job, and he’s quite good at it. Worst comes to worst, the Sixers run it back with a similar squad, and if Maxey makes another jump or even if Harden regains some of his old form, the Larry O’Brien is not out of reach.