A Quiet Offseason So Far for the Philadelphia 76ers

Free agency has kicked off in earnest, and combined with the draft, major moves have been made. One team that was thought to be in the center of the offseason was the Philadelphia 76ers. The reality though has been much different. Ben Simmons, the major trade candidate, is still on the team (for now). In fact, the 76ers have made no trades, and in terms of moves have only re-signed some players and signed another few. Many of the biggest names this offseason are no longer available, and 76ers’ fans are still waiting for the major move that will catapult the 76ers into true contention, and not just another disappointing playoff exit. 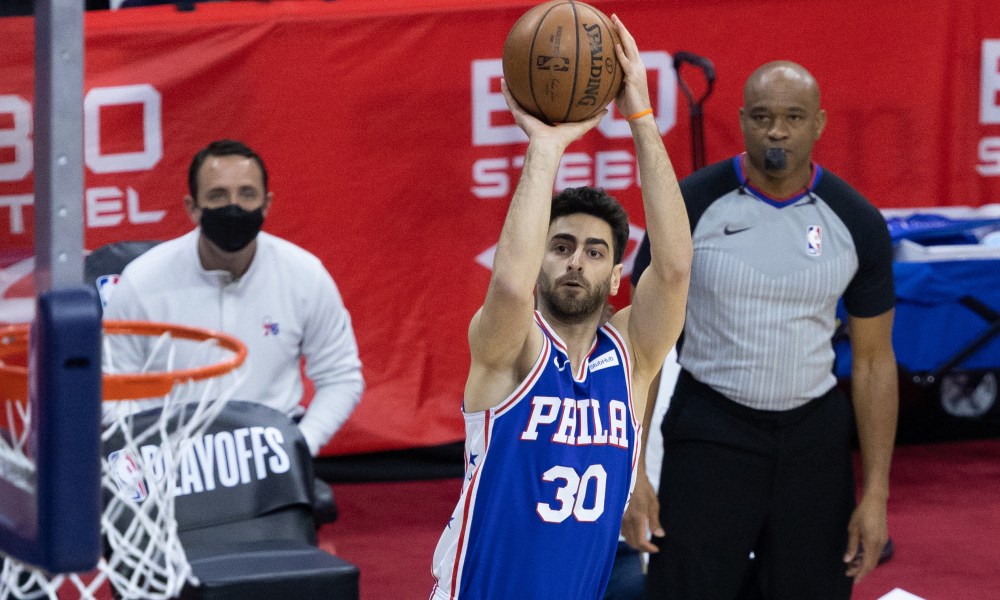 The 76ers first offseason move was to re-sign forward/guard Furkan Korkmaz to a three-year, fifteen million dollar deal. There were multiple reports that Korkmaz might garner upwards of 10+ million per year, so this was a major steal. Korkmaz is still extremely young despite being in the NBA for four years at just 24 years of age. He’s shown immense growth the past two years and he’s already proven to be an effective floor spacer. He can’t do too much else right now, although at times he displays some skill at attacking closeouts. Korkmaz definitely improved his defensive prowess, from absolute liability to somewhat okay at times. If he can continue that while refining his shooting, he’ll be a steal. That being said, his singular skill as a shooter is very valuable in today’s NBA, regardless of other abilities.

The last two seasons where he’s played real minutes he’s shooting 39% from three, and his particular brand of shot-making is important. He’s 6-7 with a lightning quick release, adept at catching and shooting off screens or in broken plays. On a spacing restricted team like the 76ers, players like Korkmaz are needed, and Korkmaz has a chance to continue developing into a Duncan Robinson type player who just inked a five-year 90 million dollar deal himself.

Despite a lot of speculation and reports that Danny Green could be on the move this offseason, Green eventually re-signed with the 76ers on a two-year 20 million dollar contract. Green was a good veteran leader on the team, and he provides a nice well-rounded player on a team rather full of specialists. When he’s on, he can be very effective from three, and even when he’s off he has some gravity that opens up space anyways. He’s not the defender he once was, but he’s still solid in that department. He has trouble with smaller, quicker guards and wings (game one against Trae Young), but he contributes well on both ends which isn’t something many Sixers can say about themselves.

It is frustrating when Icy-Hot (a common nickname for Green) goes cold, but hopefully Doc Rivers will have a quicker trigger to sit him if he really isn’t providing anything offensively which happens once in a while. Overall, Green can still do work on both sides of the court, and helps alleviate the all-important spacing problem the 76ers constantly have. Green is quite old at 34, but his game shouldn’t decline horribly and he’s only locked in for two years. 10 million is a tad high, but he was a 40% shooter from deep last year and puts him in the same earning territory as guys like DeAndre Jordan and Tomas Satoransky, so there’s definitely worse ways to spend money. 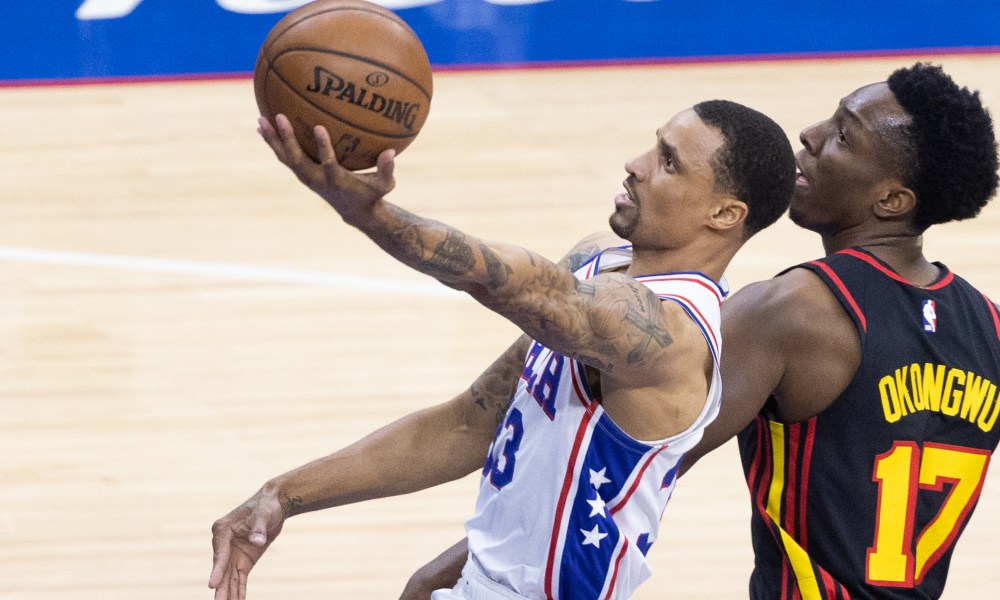 George Hill seemed like a solid pickup at the trade deadline. A competent ball-handler that can run the offense, shoot the ball and play solid defense. A point guard version of Danny Green if you will. Unfortunately his impact was less than 76ers fans hoped. He played solid minutes in the playoffs but only managed 4.7 points per game and 1.5 assists. His defense wasn’t bad, but offensively he didn’t take enough threes (he shot 42.1% on just 1.6 attempts) and wasn’t really able to make any plays for others, which ended up being a major hole in the 76ers squad.

The 76ers wound up releasing Hill at the start of the offseason period, who then signed a two-year eight million dollar deal with the defending champion Milwaukee Bucks. At that price, the 76ers could’ve still used a player like Hill, but they really did need just a little more out of him in every facet this past playoffs.

Howard had a great season backing up Joel Embiid and is probably the most effective backup big Embiid has ever had. The four-time DPOY  had quite a few high-flying slams, and was still an absolute beast on the boards. He was also a good tone setter for the team, and the rest of the guys seemed to like Howard a lot. Howard was able to fill in for Embiid without a huge hole at the center spot. They did very different things, but Howard’s defense and rebounding was excellent, and there were some good scoring games here and there.

Howard ended up signing with the Los Angeles Lakers, and it’s a shame to see him go. This does open up room for young players like Paul Reed and recent draft picks Filip Petrusev and Charles Bassey to compete for the back up big role. 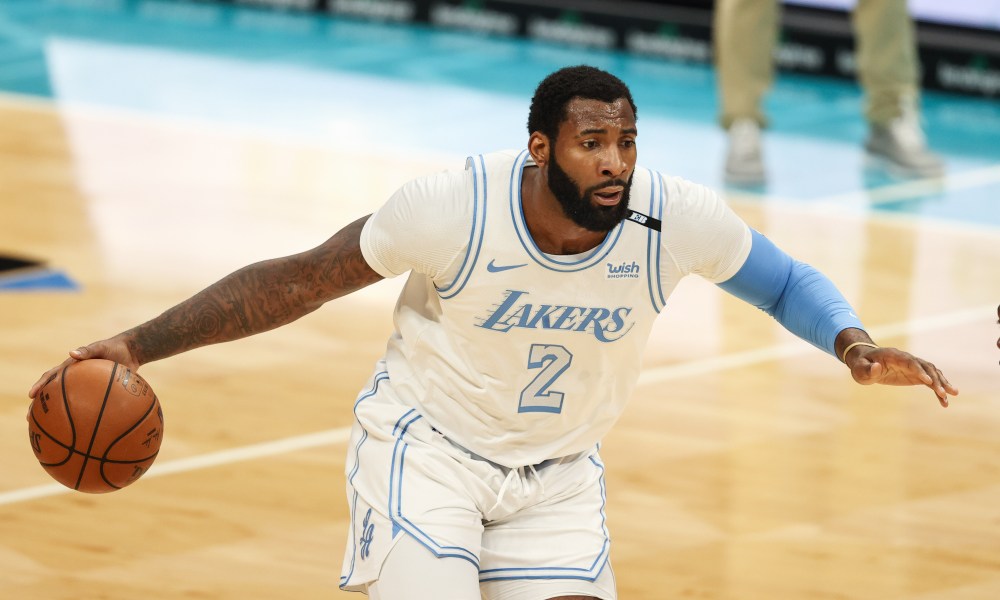 Speaking of center replacements, Andre Drummond got signed to a one-year 2.4 million dollar deal. Drummond is one of the most productive centers in terms of raw numbers for the past few years, but he is also the poster boy for empty stats. He rebounds well and scores efficiently, but doesn’t really contribute to winning in the slightest. In comparison to Howard, both are great on the boards, with Drummond having a slightly more expanded offensive game, but Howard being much better on defense. They both aren’t threats from three or shoot free throws particularly well, but the slightly more offensive production could be helpful for an anemic bench unit.

The money is the minimum, so there’s no risk to the contract, and Drummond’s numbers are still good at the very least. Considering Howard reportedly cost the same as Drummond, I would’ve preferred Howard who is a known quantity, but Drummond isn’t a bad consolation prize at all.

The final (so far) new piece on the Sixers is former Utah Jazz forward Georges Niang. Niang, a stretch four, got a two-year 6.7 million dollar deal, and that was a need the 76ers needed to address this offseason. Someone that can spell Tobias Harris and still stretch the floor was absolutely necessary, and there’s no guarantee Petrusev would be able to do it. Niang shot 42.5% from deep on a solid 4.1 attempts per game last year. It’s nothing that blows you away, but it’s not bad at all. One concern with Niang is his disappearance in the playoffs. He only played 11.7 minutes per game, and shot 30% from deep on 2.7 attempts per game. If there’s one thing the 76ers don’t need it’s more playoff-allergic guys, but Niang’s rough performance could be chalked up to sample size.

Who Else Was Out There?

It hasn’t been a terrible offseason. Re-signing Korkmaz and Green gives spacing, while Niang and Drummond help shore up the back up big spots. These were definitely needed, but they weren’t the biggest problems.

The 76ers still lack a ball-handler or shot creator, and there were quite a few of them that were available for rather cheap but are now gone. Devonte Graham could’ve been had for similar money as Danny Green, and he scored 18.2 points with 7.5 assists in 2019 with the Charlotte Hornets. Even in a more secondary role with Lamelo Ball and Terry Rozier around, he went for 14.8 points and 5.4 assists this year, with that assist total beating everyone but Simmons on the Sixers.

Kemba Walker fits the shot creator type that the 76ers need, and he was bought out of his huge contract by the Thunder before signing with the New York Knicks. Someone that is still available and could be a great backup guard is Dennis Schroder. He’s known to be a bit of a headcase, but he’s got skills the 76ers need. He can create for himself and others on-ball (15.4 points and 5.8 assists last year), and with his free agent market looking pretty dry he might be rather cheap.

Ultimately, the Schroder move and the other moves laid out here weren’t made for the same reason, to facilitate a Ben Simmons deal.

It’s All About Options

Ultimately, Daryl Morey is trying to save as much space as he can to have as many options as he can when it comes to Ben Simmons. That means keeping the eight million trade exception, the 9.5 million Mid-Level Exception and the 3.7 million Bi-Annual Exception all free in case a major multi-team deal needs to be made. Everything is centered around moving Simmons. With more and more reports coming out each day that the 76ers relationship with Simmons is totally fractured, this makes sense. It’s becoming more and more evident each day that Simmons cannot remain here. The problem is that Morey’s asking price is astronomically high, which is making it impossible to get deals done.

Setting your sights high and settling for what you want is negotiating 101, but it can’t be so high that the other party laughs you off. That seems to be where we are at right now regarding Simmons, and more and more trades and free agents are being taken off the table without even a hint of a deal. Pieces are flying about, yet we’ve heard next to nothing about any Simmons deal. That could be the sign of a competent front office, that there aren’t any leaks, but it could also mean there’s just no traction and time is ticking for this offseason period.

Why the Atlanta Hawks Young Depth is the Key to Their Future Success
Milwaukee Bucks Offseason: Upgrade or Downgrade?