Bowling Green Ball Park filled up with families and fans on July 16, as the Hot Rods beat the Dash for the fourth straight game in the series.

The Kentucky based Hot Rods call Bowling Green home, and, if the turnout on Friday night was any indication, the town welcomes them with open arms. With 67,600 residents, Bowling Green claims the third largest population in the state, after Louisville and Lexington. Still, it maintains its small town feel, with historic downtown brick buildings and lush green lawns. 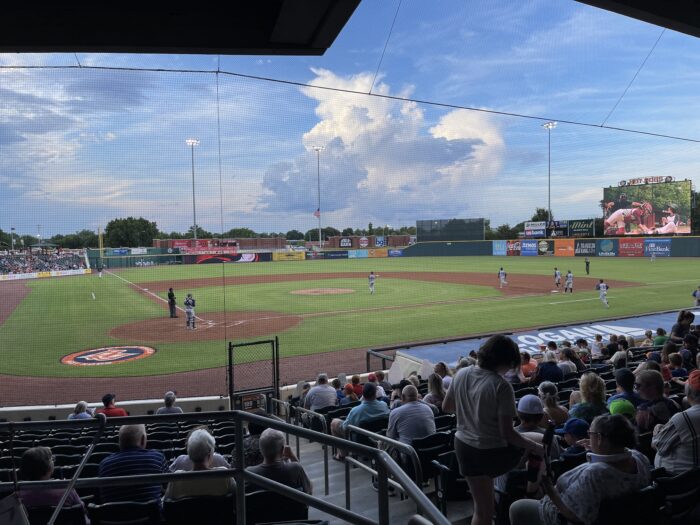 That same charm pervades the ball park. At the field, it’s not hard to imagine why commentators once dubbed the minor leagues “farm teams.”

For the Hot Rods, the Tampa Bay Ray’s A+ affiliate, talent is clearly being cultivated. First baseman Evan Edwards proved that in the bottom of the second inning, when he drilled a homer over the fence and notched three runs for his team.

Additionally, even though the Dash got routed 11-4, they aren’t lacking in potential either. After all, the Chicago White Sox’s A+ affiliate did manage to record ten hits—the same amount as the Hot Rods—even if they weren’t able to capitalize on them.

As the name implies, growing talent to be harvested by Major League affiliates is the purpose of the farm teams.

Prior to the 1920s, most minor league teams ran independently. Major League owners negotiated deals for individual players they wanted to call up. The same man who recruited Jackie Robinson and helped break the color barrier, however, changed that. In so doing, he forever transformed the game not once but twice.

Branch Rickey managed the St. Louis Cardinals both on the field and in the front office from 1919 to 1942. During his tenure, he decided that in order to better groom future players, he wanted a bigger stake in their cultivation. Rickey realized that if he controlled several minor league teams, he would have his choice of potential talent. His system worked—the Cardinals won the World Series four times under Rickey’s oversight.

In 2021, all the Major League teams have affiliated minor league teams that players bounce back and forth through on the journey they hope will lead to the big show.

But this summer, driving through thousands of miles of corn fields, ranch lands, and wooded hills, I felt the term farm team begin to represent more than just the players whose talents are being grown. It started to describe the culture of so many communities minor league teams call home. They’re small towns, with a baseball diamond at their heart. They’re close-knit neighborhoods who come together to watch their team on a weeknight or a Sunday afternoon.

That was certainly true of Bowling Green on July 16, at least. 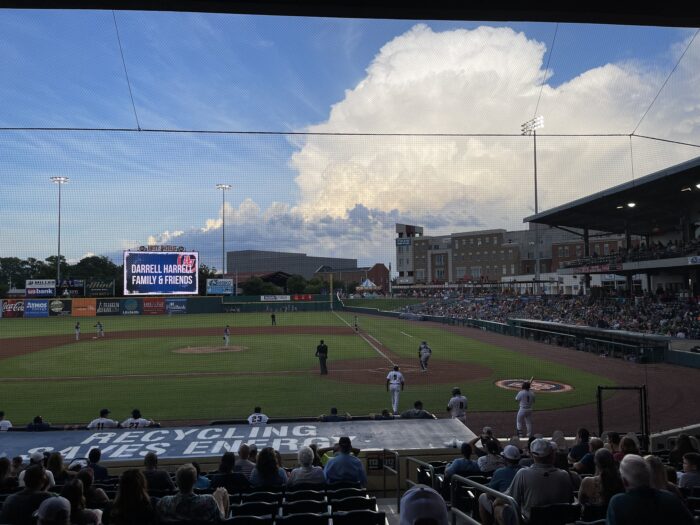 When a fly ball careened into the stands and hit a small boy on the shoulder, the whole stadium waited with bated breath to find out whether he was okay. When he was, everyone cheered. Two older women sold lemonade, each lemon squeezed by hand right in front of the customer who ordered it. The entire ball park, from the kids running up and down the steps to the carnival games in the corner to the sounds of “Sweet Caroline” drifting in from the farmer’s market summer concert series down the block, exuded an air of quintessential Americana. The atmosphere was as rich as the soil surrounding us.

So many of these towns scattered across Kentucky, Kansas, Indiana, and Nebraska, they’re farm towns. And they love their farm teams.

“The smaller the town,” Wood said, “the more important the ball club was.”