Even With Zero Picks, The Heat Still Had A Big Draft Night

As fans watched Thursday night’s NBA Draft, they may have noticed that one team was missing on the draft board behind NBA Commissioner Adam Silver on stage. The Miami Heat were absent from the 2021 NBA Draft as they traded their picks a couple of seasons ago. The Heat sent their 2021 1st round pick to the Phoenix Suns back in 2015 as part of a trade that brought Goran Dragic to Miami, and they sent their 2021 2nd round pick to the Portland Trail Blazers along with Brian Roberts in a “money-saving move” for the Heat.

Even though Miami didn’t pick in this year’s draft, they were still very active on draft night. Specifically, Miami was busy in the post-draft festivities. Usually, fans don’t think much of teams signing undrafted players once the draft is over. Essentially teams are just filling up roster spots for their summer league teams, and sometimes maybe a handful of these players get a chance to see some action during the actual NBA Season. This is an entirely different story with the Miami Heat, though, as they tend to turn these undrafted players into legitimate NBA talents. Some recent examples of these players that the Miami Heat has helped shape include Duncan Robinson, Kendrick Nunn, and Max Struss.

So, who did the Miami Heat sign this season, and what do they potentially have to offer to the Heat summer league team or potentially the Heat’s main roster? 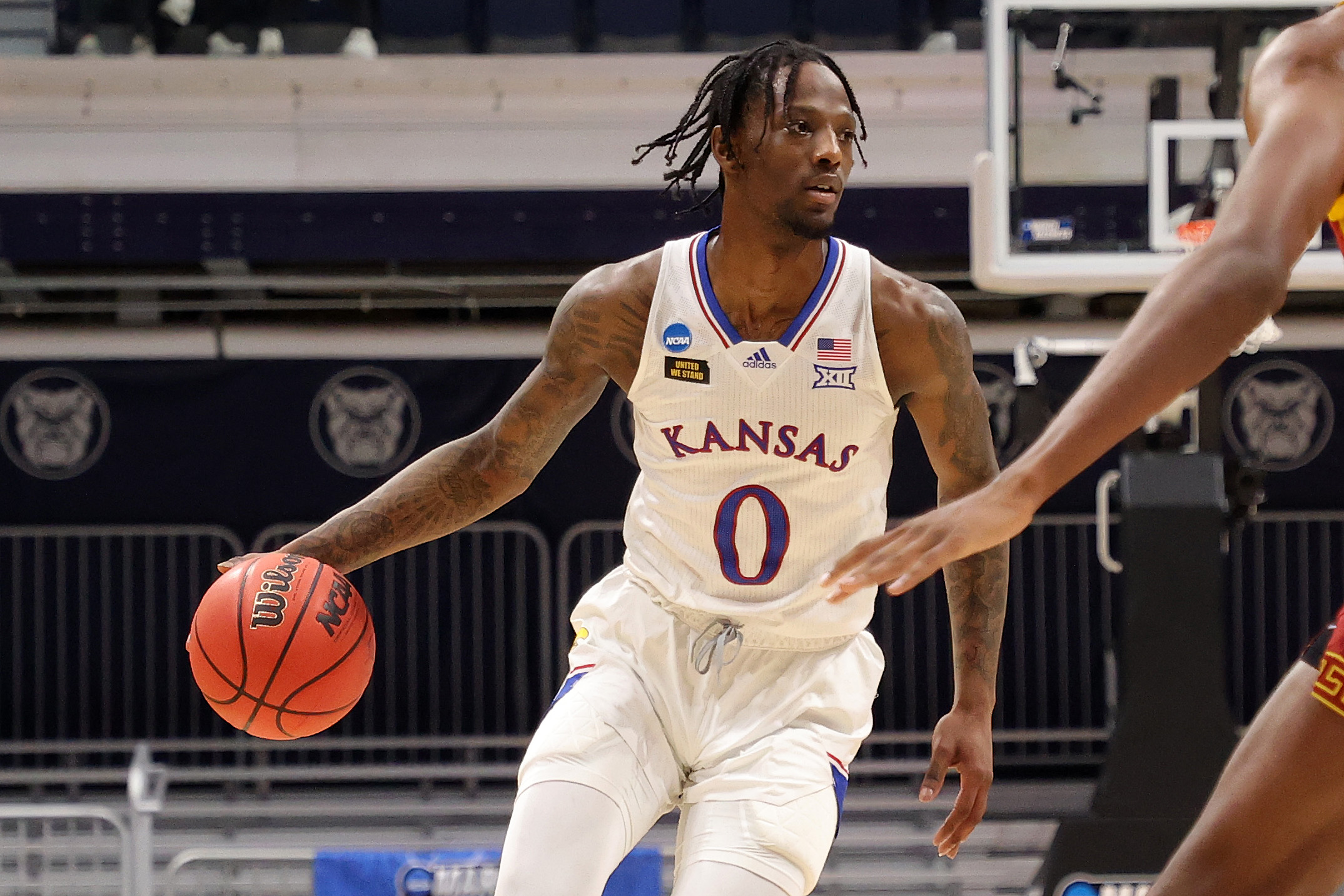 First up on the list is a 6’5 guard out of Kansas, Marcus Garrett. Garrett was a three-year starter for the Jayhawks, and in his last season, he averaged 11.0 PPG, 4.6 RPG, 3.7 APG, and 1.4 SPG. He also shot a stellar 45.9% from the field, including nearly 35% from beyond the arc. What stands out the most in Garrett’s game is his elite defensive ability, as Garrett was named the Naismith Defensive Player of the Year his Junior year. His spark on defense is something the Heat organization has been on the search for. 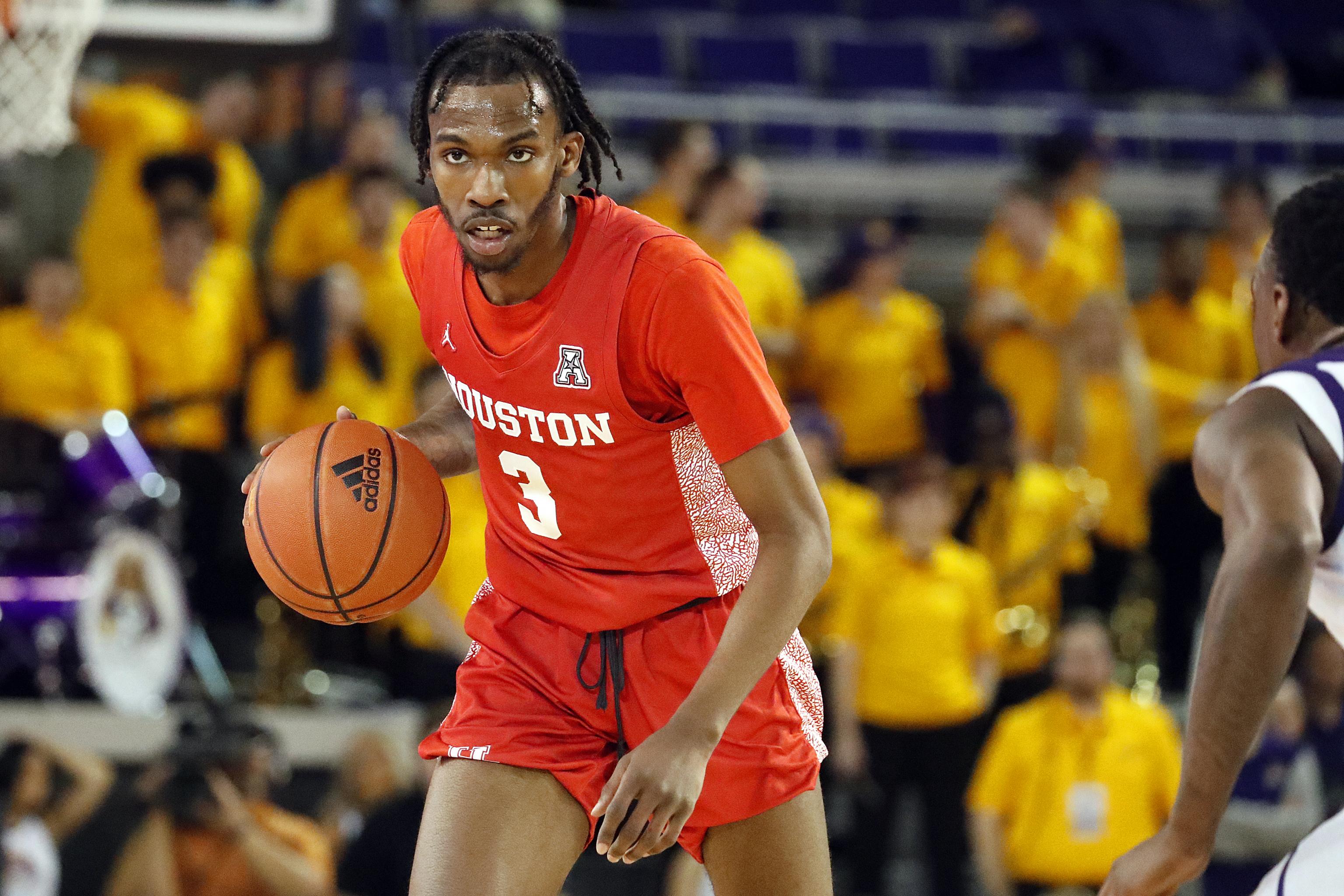 This 6’5 185-pound guard was the heart and soul of last season’s Houston Cougar team that made a run to the final four. Last season, Jarreau averaged 10.6 PPG, 5.4 RPG, 4.3 APG, and shot 43.2% from the field. Like Garrett, Jarreau is skilled all around, but what he’s really known for and what makes him stand out is his defensive presence. A potential summer league backcourt of Garrett and Jarreau could be trouble for other teams. 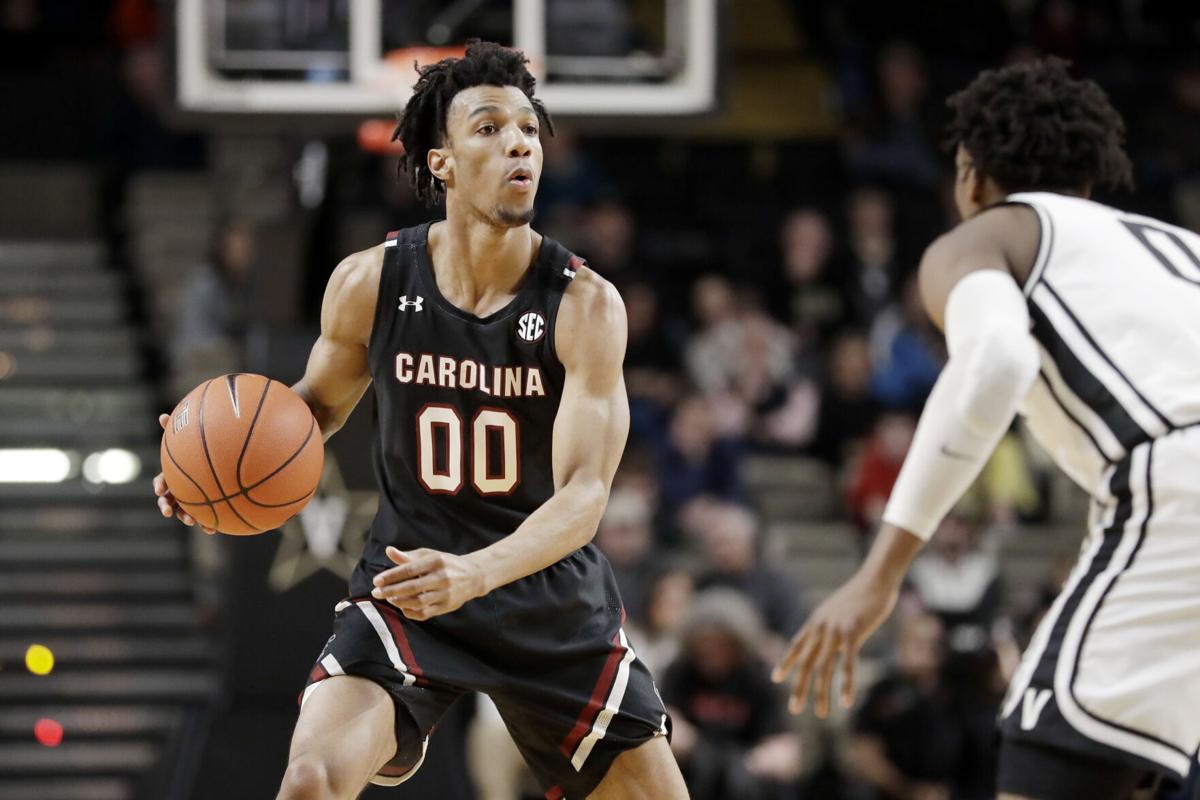 Next up is the 6’6 178 pound guard originally from Canada, AJ Lawson. Lawson led the Gamecocks in scoring his last two seasons, averaging 13.4 PPG in 2020 and 16.6 in 2021. What Lawson really brings to the table for this team is that he can score the basketball, which has surprisingly been a struggle for younger members of the Miami Heat. Lawson’s confidence in his ability to score combined with his elite athleticism could pay off big time for the Miami Heat this summer. 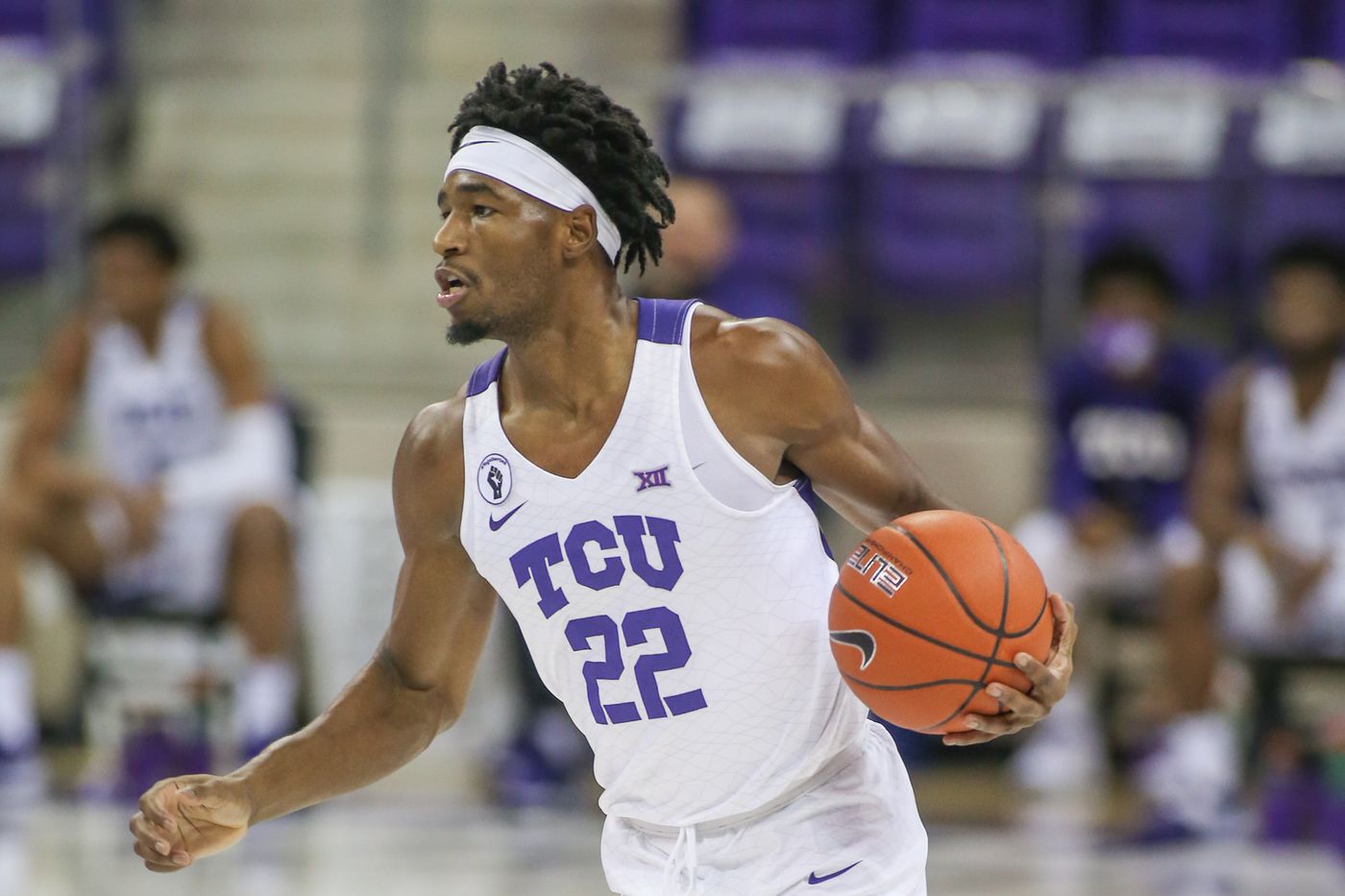 RJ Nembhard made a significant impact at TCU during his four years at the program. Last season he led TCU in scoring by putting up 15.7 PPG along with 4 APG and 4.3 RPG. Nembhard also shot 40% from the field last season while also having a solid presence on the defensive side bringing in 1.1 SPG. Nembhard, being a part of this Heat program throughout the summer, has the potential to bring up his shooting percentages and turn him into even more of a dominant defender in the future. 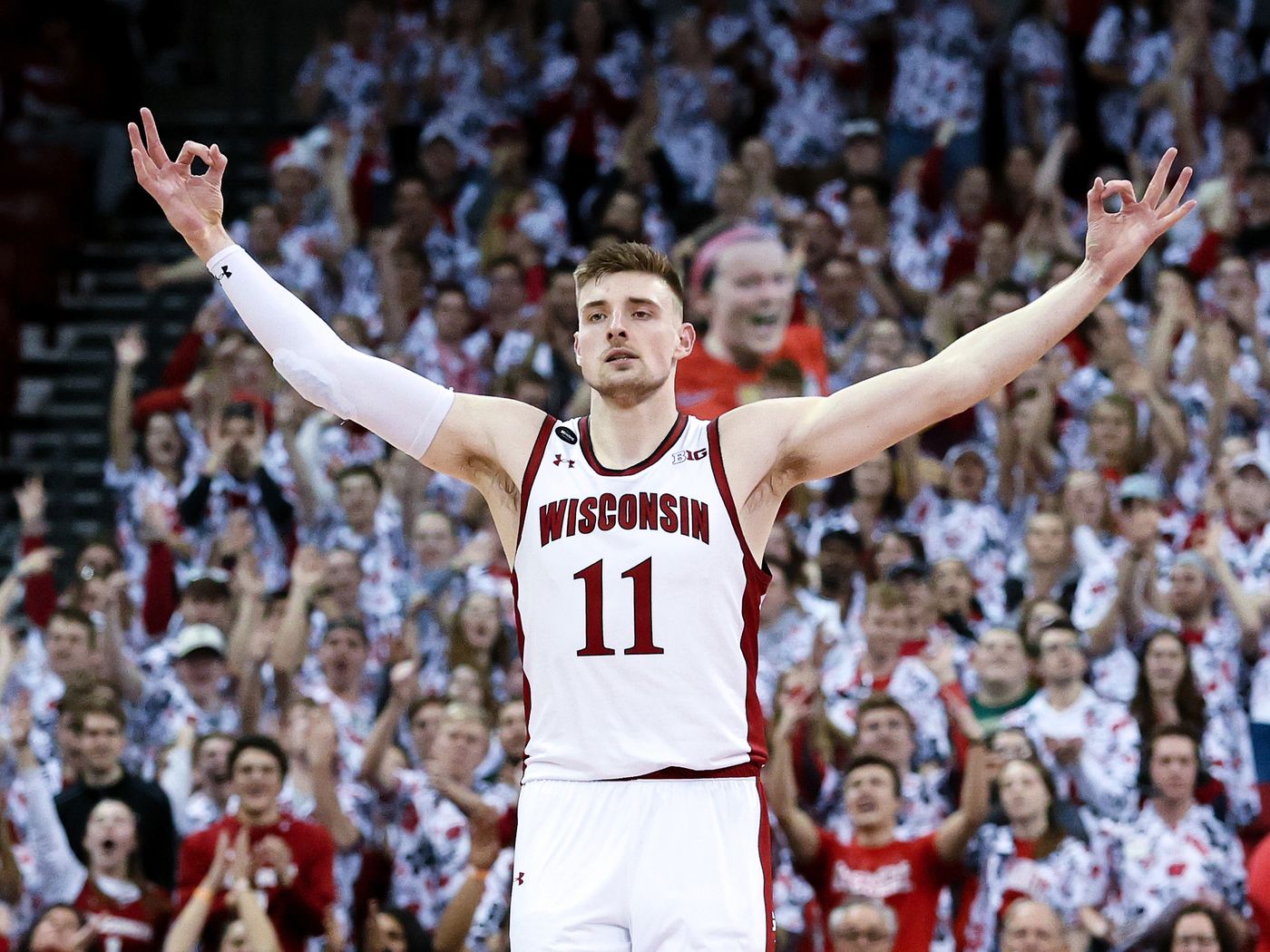 Next up is the big man out of Wisconsin, Micah Potter. The 6’10 big man was a beast during his two seasons in Madison, dominating both inside the paint and from deep. Last season he averaged 12.5 PPG, 5.9 RPG, and 1.4 APG while also shooting over 50% from the field and a very impressive 38.6% from beyond the arc. The only questionable aspect of his game is his defensive ability. Still, with the Miami Heat’s summer program, that problem can surely be fixed, making him an even more dominant presence this summer. 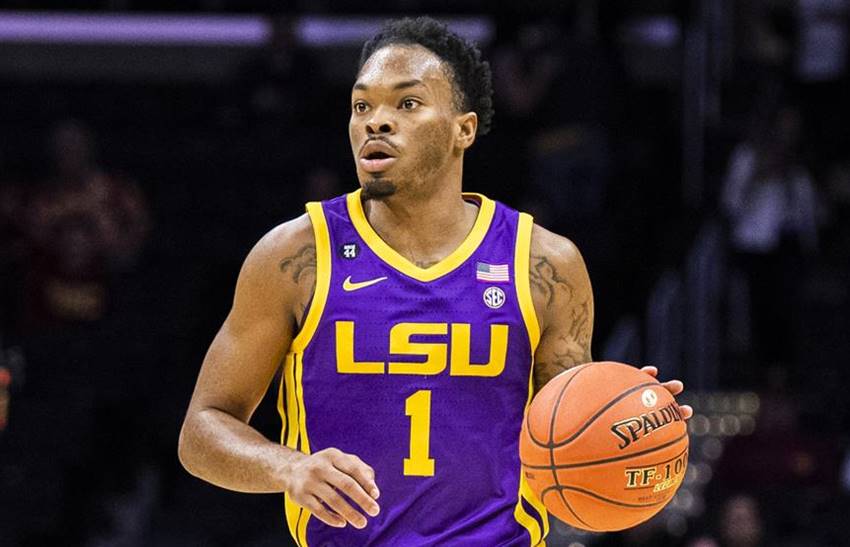 To put it simply, Javonte Smart is a stud. It’s honestly shocking that his name was not called on draft night. Last season with the Tigers, he put up a very impressive 16 PPG, 4.0 APG, and 3.7 RPG. He also shot a tremendous 46% from the field along with an astonishing 40% beyond the arc. In the Tiger’s last game during March Madness, Smart put up 27 points along with 9 rebounds and 6 assists. Smart has also been described as the ideal 3-and-d player for today’s league, making his fit with the Heat even more appropriate. Don’t be surprised to see Smart’s career with the Heat go even further than just the summer league this year.

Like many of the other names listed above, Dru Smith is a stud on defense. Last season with the Tigers, he led the team in scoring with 14.3 PPG while also bringing in 3.8 APG and 3.5 RPG. What’s even more impressive are his numbers on defense, as he averaged over 2 steals per game and even led the entire SEC in steals last season with 64. Smith’s playmaking ability, along with his elite defensive presence, will be something to look out for this summer.

This 6’6 guard out of Mississippi St. knows how to score the basketball. Last season with the Bulldogs, he averaged 16.0 PPG while also bringing in 3.4 RPG and 3.1 APG. He also shot 41% from the field while also tallying 1.4 SPG. The one shaky part about his game is his high number of turnovers, as he averaged over 3 per game last season, but a summer in the Heat program and surrounding him with this much talent, it shouldn’t be that too big of a concern for the team this summer.