The Dallas Cowboys look to improve to 4-1 on the season against the New York Giants on Sunday.

Dallas currently ranks fifth among league offenses, putting up the fifth-most points and yards per game along with the second-best rushing attack in the NFL.

In their last 10 matchups with the Giants, the Cowboys have dominated with a record of 7-3 posting an average margin of victory of 12. Sunday’s matchup will mark the 119th time the two franchises have played each other and could be Dallas’ 70th franchise win against New York.

The Giants, who are not particularly good on either side of the ball, have posted a record of just 1-3 on the season with their sole win coming last week against the New Orleans Saints.

For a team that ranks 29th in overall offense and 20 in both allowed passing and rushing yards, Dallas should find relative ease in their third home game of the year.

Here are a few things the Cowboys must capitalize upon to capture their fourth straight win of the season.

Control the Line of Scrimmage 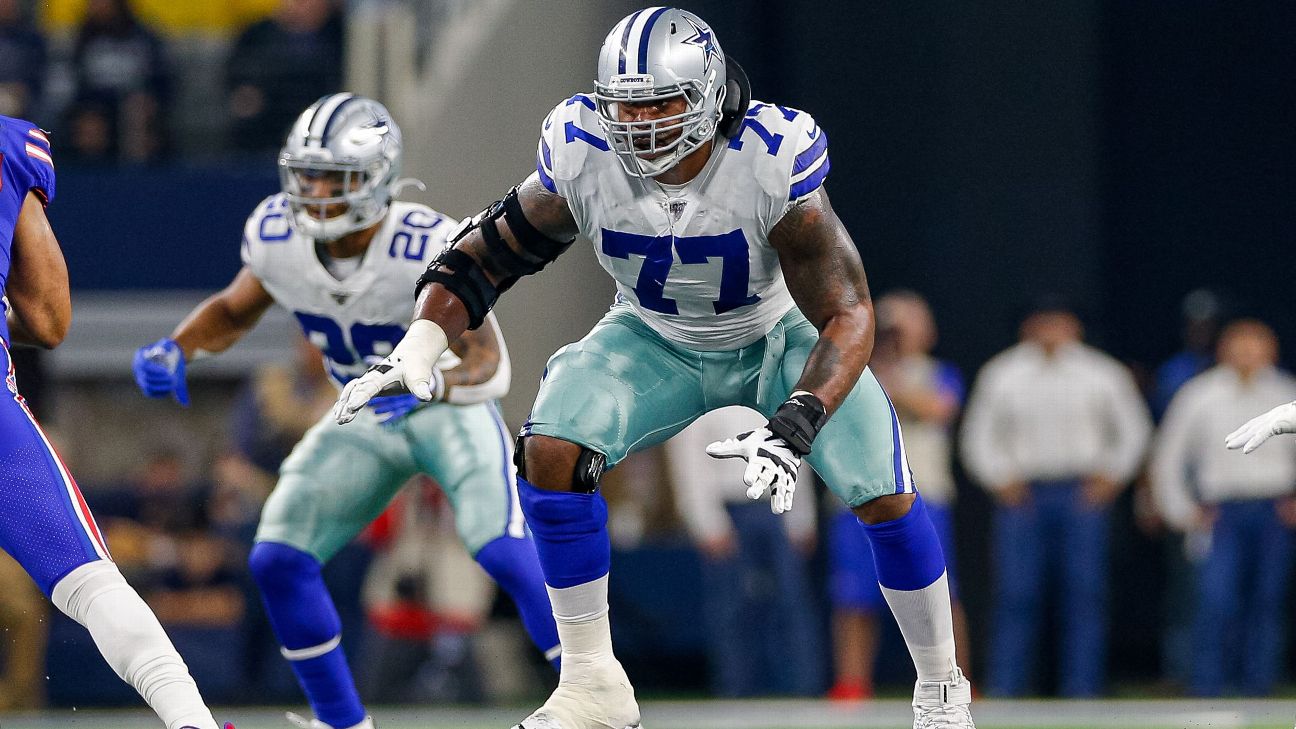 Last week was a statement win for the Cowboys, and a statement performance for the offensive line. They did not just dominate any defense, they did against the league’s best.

The run game had its best showing of the year and Dak Prescott posted his second consecutive game with high efficiency and no turnovers. When the offensive line is in control, the Cowboys are as well.

The Panthers defense, who ranked first in nearly every defensive statistic prior to last week’s matchup, was bullied by the Cowboys O-Line. It is likely they will do the same or more against the Giants’ defensive line.

New York currently ranks 28th in total sacks, QB pressures, and QB pressures per drop back. Numbers like these spell out good things to come for the Cowboys’ offensive unit. They are currently allowing 4.5 rushing yards per attempt and 122.8 yards per game, putting them at 20th overall in the league.

In all likelihood, the duo of Ezekiel Elliott and Tony Pollard should be in for another big day at the office. Elliott is fresh off his best performance of the year with 143 rushing yards and Pollard posted his 3rd straight performance with 60+ rushing yards

The Giants pass defense is not particularly strong either, which bodes well for a quarterback coming off back-to-back games without a turnover and multiple touchdown passes.

For his career, Dak Prescott has posted a record of 7-2 against the Giants along with impressive statistical performances. He averages 263 yards per contest and has posted 17 total touchdowns with a 98.5 passer rating.

This game will also mark the first time Prescott has played the Giants since Week 5 of last year, where he suffered his gruesome ankle injury. Expect him to come out agressive.

After three years as the Giants starting quarterback, Daniel Jones may finally be starting to figure things out.

Through four games, Jones is posting the best statistics of his career with only one interception on the season and a 98.3 passer rating. His statistics against the Dallas Cowboys, however, tell a different story.

In four career matchups, Jones is 1-3 against Dallas averaging just 169.5 passing yards per game with just three touchdowns and two interceptions. He has also been sacked a total of nine times in those matchups.

The efforts of the Cowboys’ defense will be pivotal to the outcome of the game. In light of Jones’ best start to a season in his career, Dan Quinn’s unit must be prepared. In doing so they must take advantage of the Giants’ biggest weakness: the offensive line.

New York’s offensive line is widely regarded as one of the worst, if not the worst, in the NFL. They are terrible against the pass rush and are equally as bad in creating opportunities for the run game, just ask Saquon Barkley.

Dallas currently ranks 6th in rushing yards allowed, and Saquon’s line isn’t going to offer much help for him to have a breakout game. The Cowboys defense must focus on creating pressure and getting to Jones in the pocket in order to keep New York’s offense at bay.

Thorough New York’s offense hasn’t proven to be much of a threat this season, the Cowboys defensive unit is one of the leagues worst when it comes allowing yards.

Adversely they are also one of the league’s best in generating turnovers, having forced multiple turnovers in every game this season, which should be a point of emphasis against Jones who is infamous for turning the ball over.

If the Cowboys can keep Daniel Jones out of the pocket and under pressure, they will be well on their way to a 4-1 start.