The Need For Embiid

The Philadelphia 76ers are down 0-2 in their second round playoff series against the Miami Heat. Both games were close at times before the Heat would pull away, and both ended in double digit Heat victories. For many, that could mean the series is all but over, with Miami the more dominant team. The Philadelphia 76ers have been without their best player in Joel Embiid though, and with the specter of his return looming, things could look very, very different in short order. First off, being down 2-0 is not a death knell, considering that the home-away splits of a playoff series are more or less designed to be this way. It’s why the games are 2-2-1-1-1, and why the old adage of “a series doesn’t start till a home team loses” is an old adage at all. The home team is supposed to take those two games, and now it’s up to Philly to defend their home court. The second, is that most of what is helping Miami win and letting the Sixers down are basically directly solved by Embiid’s return. 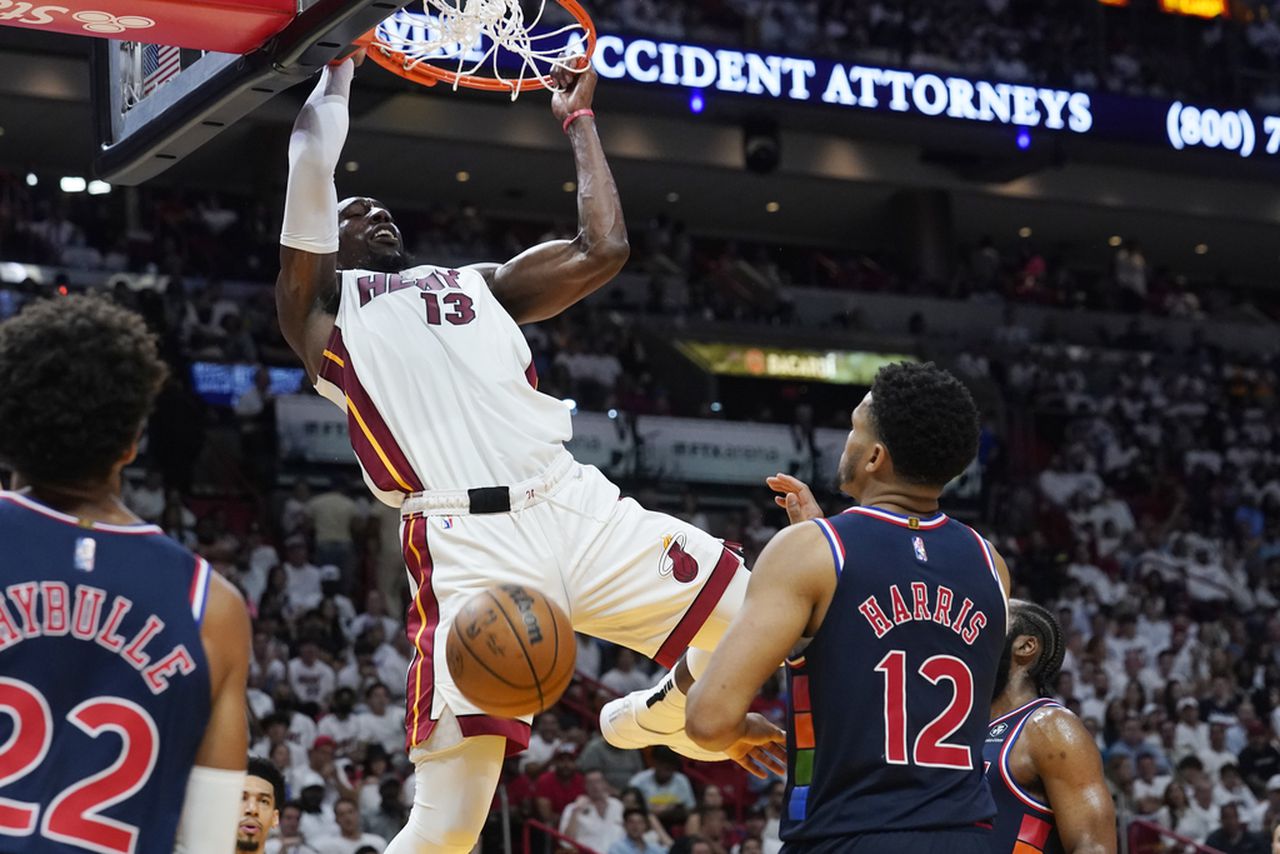 Of all the Miami Heat players, the one guy that has been pretty cleanly outplaying his projected numbers is Bam Adebayo. Sure Butler and Herro are also dropping around 20 a night, but those guys are the main scorers of the team. Adebayo, on the other hand, is not necessarily an offensive engine. Against the Atlanta Hawks, who are far from defensive stalwarts, Adebayo scored just 12.4 points per game on 52% shooting, and pulled down just eight boards a game. Not bad of course, but nothing to write home about. In two games against the Sixers, Adebayo is scoring 23.5 per game on 71% and adding 10.5 boards with three of those offensive. Not only that, but he’s shot eight and 11 free throws in those two games, and is making 90% of them. By basically every metric it is clear that Adebayo is completely dominating down low. DeAndre Jordan and Paul Reed (or Georges Niang if the Sixers go small) are simply not a match for Adebayo and it shows. It’s not like Adebayo is making incredible, tough shots. He’s making layups and dunks that are essentially free.

Embiid’s return will help the interior defense immensely, and that includes stopping Adebayo, or at least limiting him. Adebayo is averaging 11.7 points and 6.7 boards in his career against the Sixers, and even in the last three years where Bam has broken out he’s never played near this well. The Heat have been getting 23 wildly efficient points while getting players into foul trouble, and losing that will be a huge blow to them.

While Adebayo is a big part of this, the Heat have been killing the Sixers on the boards so far this series. The Sixers have struggled on the boards all year, even with Embiid, but his return can only mean an improvement on that front. The Heat are up 23-14 on the offensive boards, and they seem to come in the most back breaking of circumstances. The Sixers will manage a small run, the defense will finally force a missed shot and then the Heat come up with an offensive rebound that leads to an and-1 or an open three and kills all the momentum. Losing 11.7 rebounds per game (Embiid) including 9.6 defensive with very little to replace him was always going to hurt the Sixers, and it’s shown. With Embiid back, the rebounding on both ends for the Sixers will naturally improve. 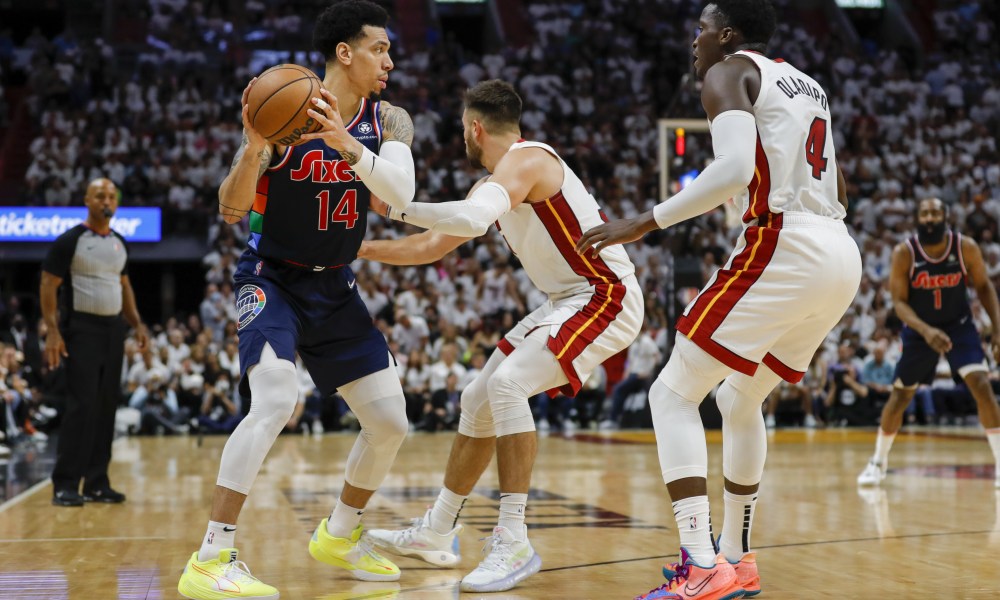 This one is not quite as linked to Embiid as the others, but the Sixers have been completely and utterly stone-cold from three this series. So far, they are a combined 14/64 from deep for a dismal 21.8%. While some of those attempts are contested shots and good defense by the Heat, many of them are wide open and simply not sinking. Particularly problematic have been Danny Green and Georges Niang, who are a combined 3/24 from deep in the series so far. Considering they shot 38% and 40.3% respectively in the regular season, this should correct eventually. Having Embiid helps this as well. Because teams are forced to double or even triple Embiid, shooters like Niang and Green are often open in the corners, giving them more great looks than they’ve been getting so far. Embiid himself is no slouch from three, shooting above league average for the second time in a row this season, and can chip in a few himself that can start a run. 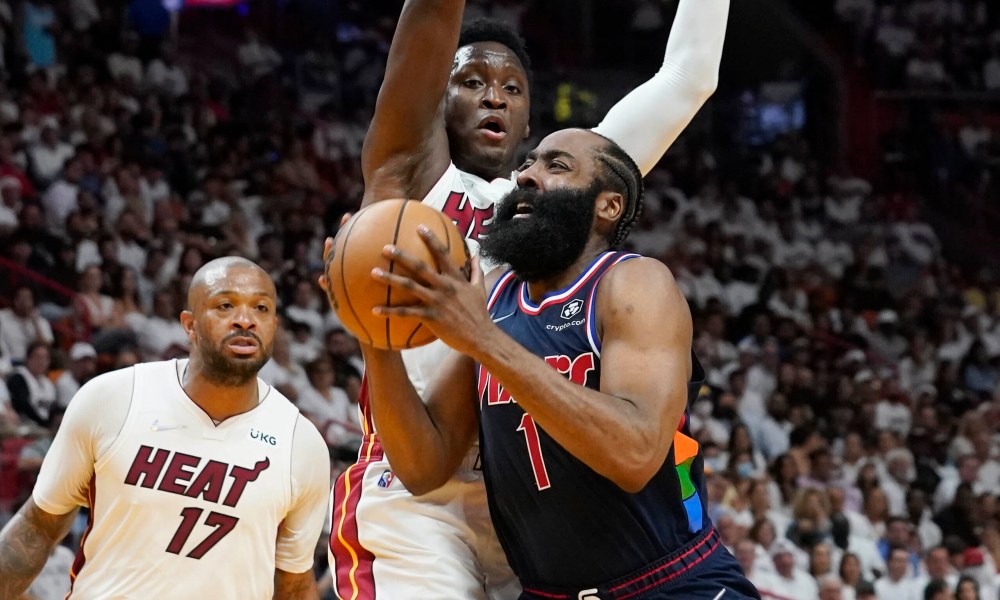 The point is, this series is still far from over if Embiid is able to return by Game 3. Many of their worst struggles are nearly instantly solved with his return, and they’ve been in the games without their clear best player which is not bad. They aren’t getting absolutely embarrassed out there. One area of true disappointment however, has been the play of James Harden. Being the facilitator is fine when Embiid, Tobias Harris and Tyrese Maxey (the latter two have been great so far) are on the team to carry the scoring load, but with Embiid out it should have been on Harden to step up, be aggressive and lead the scoring from the front. Through two games he hasn’t done that, and it’s pretty clear that THAT Harden cannot be relied on. Maybe it’ll come out once in a while, but the desire or ability to be a dominant scorer is no longer with him. His lack of attempts in the second half of both games so far speak to that. With the team down and needing buckets, Harden deferred time and time again. At least in Game 2 one could argue it was more important to keep Maxey going, who was having a fantastic game, but scoring droughts crept up on the Sixers in both games that sealed their defeats, and Harden was not able to score when needed.

Embiid’s return will also take the burden away from Harden, and let him focus on facilitating which he has been great at. Even with the Sixers’ being pathetic from three (and many of those attempts are wide-open ones created by Harden) he still managed nine assists in Game 2. It’s not the role that the Sixers’ wanted out of Harden when they traded him, but that dominant scoring Harden is a thing of the past. The Sixers’ need to live with that right now (contract negotiations are a different story), and with Harris and Maxey playing like they have, and the presumed return of Embiid, who was the leading scorer of the league lest anyone forgets, Harden should be able to run the offense and still lead the Sixers to wins.

Of course, all of this is predicated on the return of Embiid, which is far from a sure thing. If it happens though, and Embiid is actually ready to play, the Sixers have a real series on their hands.

It’s Time For the Nuggets To Go All In
How Phoenix Can Slow Down Luka Doncic?