The preseason is over, and the regular season quickly approaches. For the Philadelphia 76ers, the preseason was a great chance to see the new look 76ers in action. Of course, with Ben Simmons slinking back with his tail in between his legs, maybe it wasn’t as necessary as once thought, but it was still an opportunity to see some lower bench guys in action, and in the case of one player really boosted his stock. 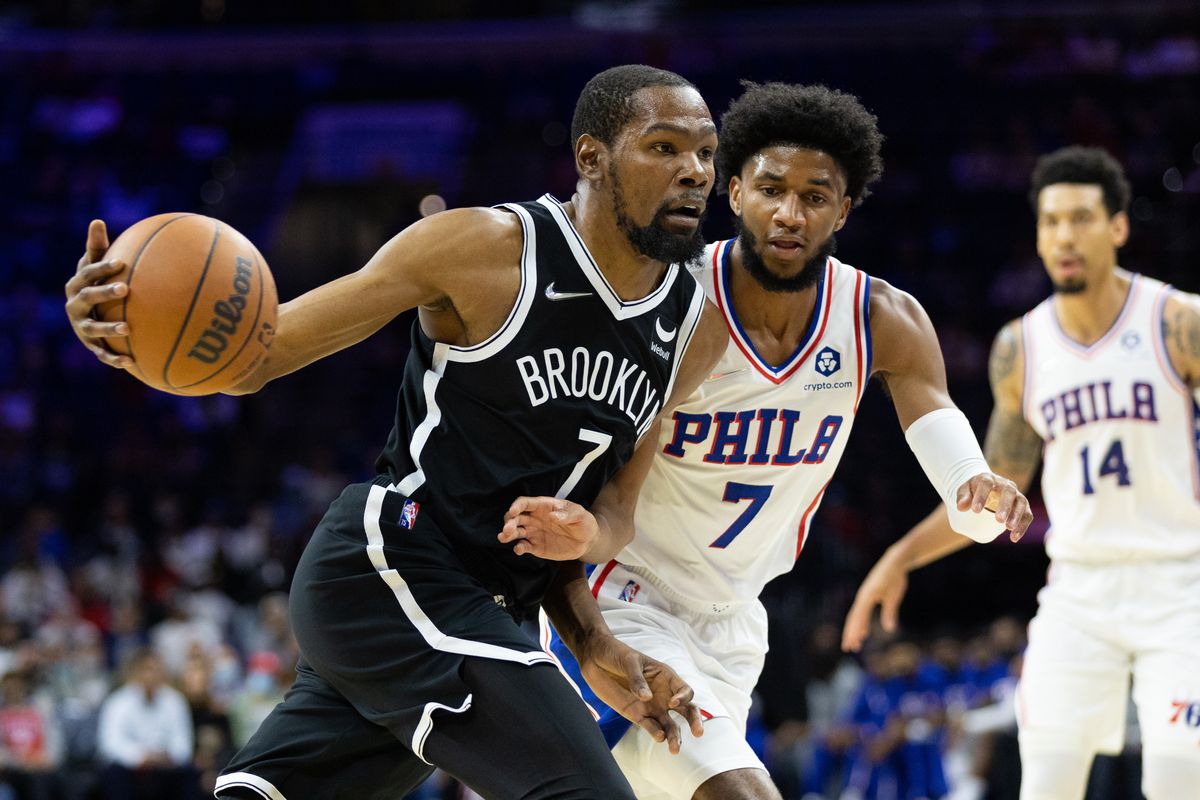 No one player was more impressive than Joe, who delivered some fantastic preseason performances. In four games, playing 24.4 minutes a game, Joe averaged 16.7 points on ridiculously efficient 60/59/90 splits. Of course, that efficiency is unsustainable, but it’s clear that this kid can score the ball. He’s a gunner from deep, taking 6.7 threes per game while still maintaining his insane percentages. Joe will be an offensive weapon, and on a team that is often starved for spacing he will be a key player for the 76ers off the bench. Joe’s size (his length at least) also projects him to be a fine defender. For all of Seth Curry’s talents, he was heavily exploited by the Atlanta Hawks on defense. On the other hand, Joe averaged a solid 1.7 steals and 0.7 blocks in his four games, and on tape moved well and did a good job staying in front of players. The second-year player could grow into that ever-crucial 3-and-D two guard, and he could be a starter in the future.

With Joe’s play in the G-League and preseason, as well as his skill set that is always needed in the NBA, there’s no doubt that he will see minutes this year–the question is how many. If Ben Simmons returns, playing time shrinks even more at the guard/wing spots. Seth Curry and Danny Green would hold down their roles in the starting five, while Matisse Thybulle and Shake Milton would be the first two off the bench. Don’t forget about Furkan Korkmaz, either, a bigger player who also fills the outside shooting role and started for Danny Green at the three when Green went down in the playoffs. That’s a lot of players to break though for Joe, but Joe has a chance. He’s shown the potential to be as lethal from range as Green, Korkmaz and Curry, while also offering much more on the defensive end than the latter two.

Joe will definitely see time in the regular season as benches are much longer, and has a chance a la Tyrese Maxey last year to break into the playoff rotation if he can keep up a similar level of performance to the preseason. All the other wings on the team are missing at least either the three or the D part of a 3-and-D player, and Joe has as good a shot as anyone to finally fulfill that role on the 76ers.

Andre Drummond Could be the 76ers’ Best Embiid Backup yet:

Drummond is probably one of the strangest players to ever exist in the NBA. Standard numbers love him. He’s a double-double machine, scores a lot, and is one of the best rebounders (by raw numbers at least) since he’s been in the league. Yet for whatever reason, many advanced metrics absolutely hate Drummond, and he doesn’t really seem to contribute to winning games all that often.

All that being said, perhaps Drummond just needed to be a high level backup to really find his ideal role in the NBA. When he’s running with the bench his deficiencies don’t really feel as bad, and he adds a scoring punch that many second units, especially the Sixers, have lacked. In the preseason, he was the 76ers’ second highest scorer at 15.5 points, right under Joe, and averaged his normal 8.5 boards in just 21.8 minutes. He also chipped in three assists per game, which is a solid part of his game, and certainly something he brings over last year’s backup, Dwight Howard.

Howard was a great backup for Embiid, but he really doesn’t offer much on the offensive end at this point in his career. Howard did a good job of anchoring the defense though, and had the occasional takeover game in the paint. Drummond offers the same rebounding, but trades defense for offense. He’ll score a lot more, and his decent passing prowess should also help open things up. On a 76ers bench that had a lot of trouble scoring, Drummond can easily be the better fit. Besides Shake Milton going off, the bench had no one really capable of creating their own shot, but now Drummond can help ease the load when Milton is off. Drummond has been a starter every year since his rookie year, but coming off the bench might be the key to unlocking his full potential. It was a regular sight to see the 76ers starters open up a big lead, only for the bench to get brutally outscored (especially when Milton was injured), but with Drummond hopefully that won’t be as regular an occurrence. 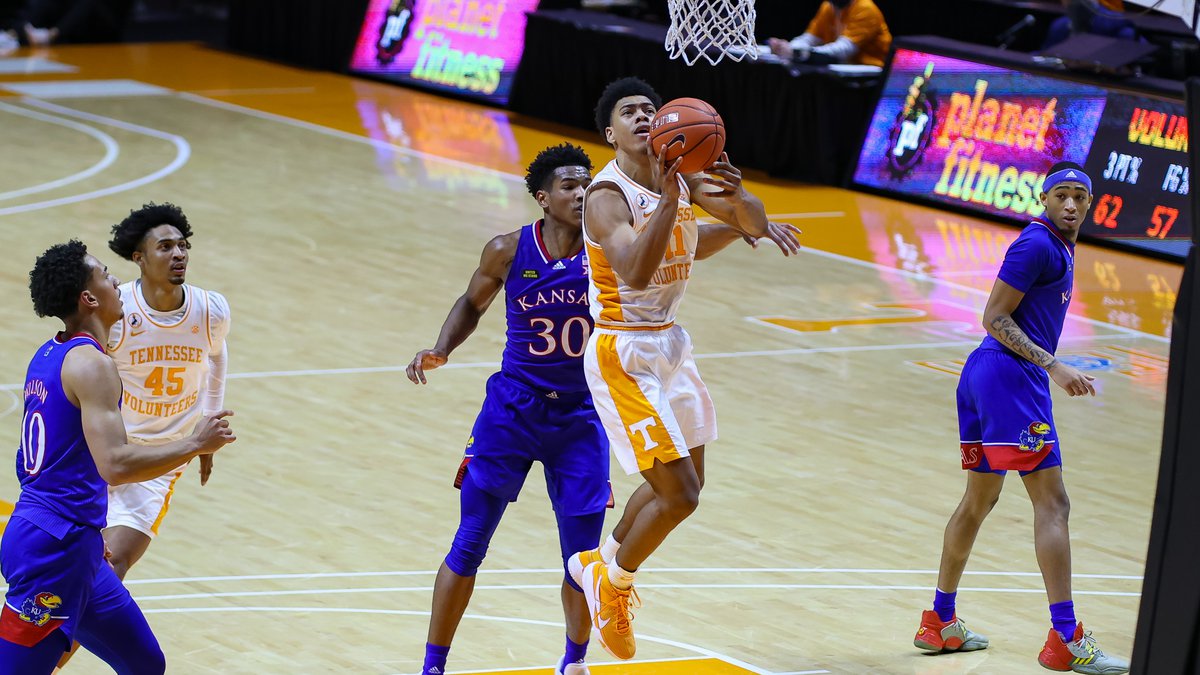 This one isn’t shocking, as Springer was always going to be a project, but it is a bit disappointing. Depending on what happened with Simmons, getting a lead ball-handler with passing chops would have been a great addition. Springer has the potential to become that, but it’s more clear than ever that Springer isn’t going to see hardly any time whether Simmons is here or not. He played a similar number of minutes to bubble roster guys like Shaquille Harrison and Aaron Henry, and didn’t do much with it. In the three games he played in double digit minutes, Springer went 5/18 from the field and didn’t hit any threes. In fact, he didn’t do much of anything, averaging two boards and an assist besides his points.

Springer simply isn’t ready to compete at the NBA level right now, and probably won’t be for the season. Probably not next season either if we’re being honest. Considering they passed on more established guards like Sharife Cooper and Jason Preston, who both showed some nice passing chops in the preseason, it’s extra disappointing. Springer could be one of the best players from the draft, but it won’t be this year.

Exit Velo #89: NLCS Preview
What The Dallas Mavericks Must Achieve This Season