Off Topic: Notes From The Anthony Carelli Interview 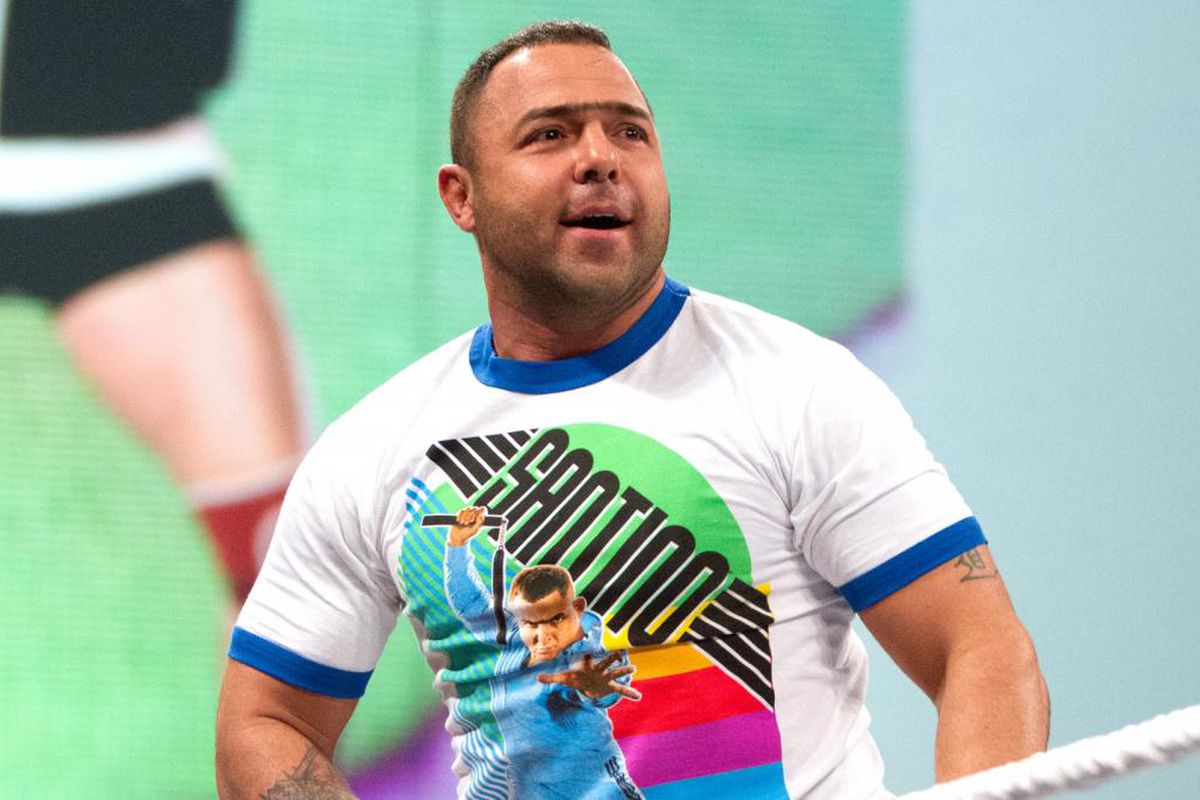 Recently Santino Marella (Anthony Carelli) appeared on Off Topic with Hosts Randy Zellea and Tommy Smith presented by Back Sports Page to discuss his career and much more.

Here are Some Highlights:

On stepping away from the business: “At the time, it was okay. I was totally at peace with stepping back and being a regular person. When I first started with the WWE, one of the things I didn’t anticipate not liking was kind of being a celebrity. I used to hate it when my friends would introduce me as Santino Marella from WWE, so I was ready to go back to being Anthony from the neighborhood again.”

On working with Vince McMahon: “I love Vince. Vince will put down what he’s doing, turn towards you, make eye contact and say ‘Tell me about yourself’. He’s listening and he means it. He would tell us that anytime we wanted to pitch something to knock on his door and come talk to him. Anytime I’ve ever done that it’s always been well received. Vince doesn’t know how much I look up to him. Now that I’m a business owner, I appreciate all that he does even more. He has the final say in everything, and yet he still finds time to workout and spend time with his family. He’s everything you should want to be.”

On his wrestling future: “I do want to go back into the business but as a commentator. I would have to be Anthony Carelli because I don’t want to do commentary as Santino. I think there are going to be opportunities for me post-COVID with one of the major companies. I always want to go to WWE first because they changed my life and I’m loyal, but if they don’t have an opportunity, I’ll go somewhere else.”

On coming back for the 2020 Women’s Royal Rumble as Santina: “Talent relations called me and asked if I was available. I said sure because of my past significant Royal Rumble moments. In the beginning, I wasn’t too sure about coming back as Santina, but it was whatever they wanted, so I was going to do it to the best of my ability. Two days before I actually got sick and I decided to tough it out, just to get through the day. But it was a good moment overall.”

On interactions with Hall of Famers: “When I turned heel, after I separated my shoulder, Vince thought it was hilarious, and I took hold of my spot. I was getting the mic every week with things like the funny game show with Ron Simmons and guest commentary. That’s when I told myself that I was going to be here for a while. I did a segment once with Roddy Piper, and I was like a kid in the candy store. This was who I watched. And then I was in the ring with Stone Cold and I felt like I held my own in that segment. I knew I was in good hands anyway with Stone Cold because he’s not going to let it fall apart and he always has the reigns. He was brilliant to work with, a super cool guy.”

On the Rock at the 2008 Hall Of Fame and 2011: “So at the time of the Hall of Fame, I hadn’t met him. He just called me up and I stood up. It was definitely a rub because things were going really well for me at the time. When I first actually met him, he was walking backstage and had an entourage, and he actually stopped everyone when he saw me and told me how proud he was of me and how much he loved what I was doing. He has the same sincerity as Vince, Stephanie and Triple H, just giving you their undivided attention. That speaks volumes to me about what kind of person he is, he’s as cool as cool can be. He’s talented and a super nice guy, it’s crazy.”

Check out the video his love for judo, his family, funny stories from the locker room, his debut in WWE, and much more.