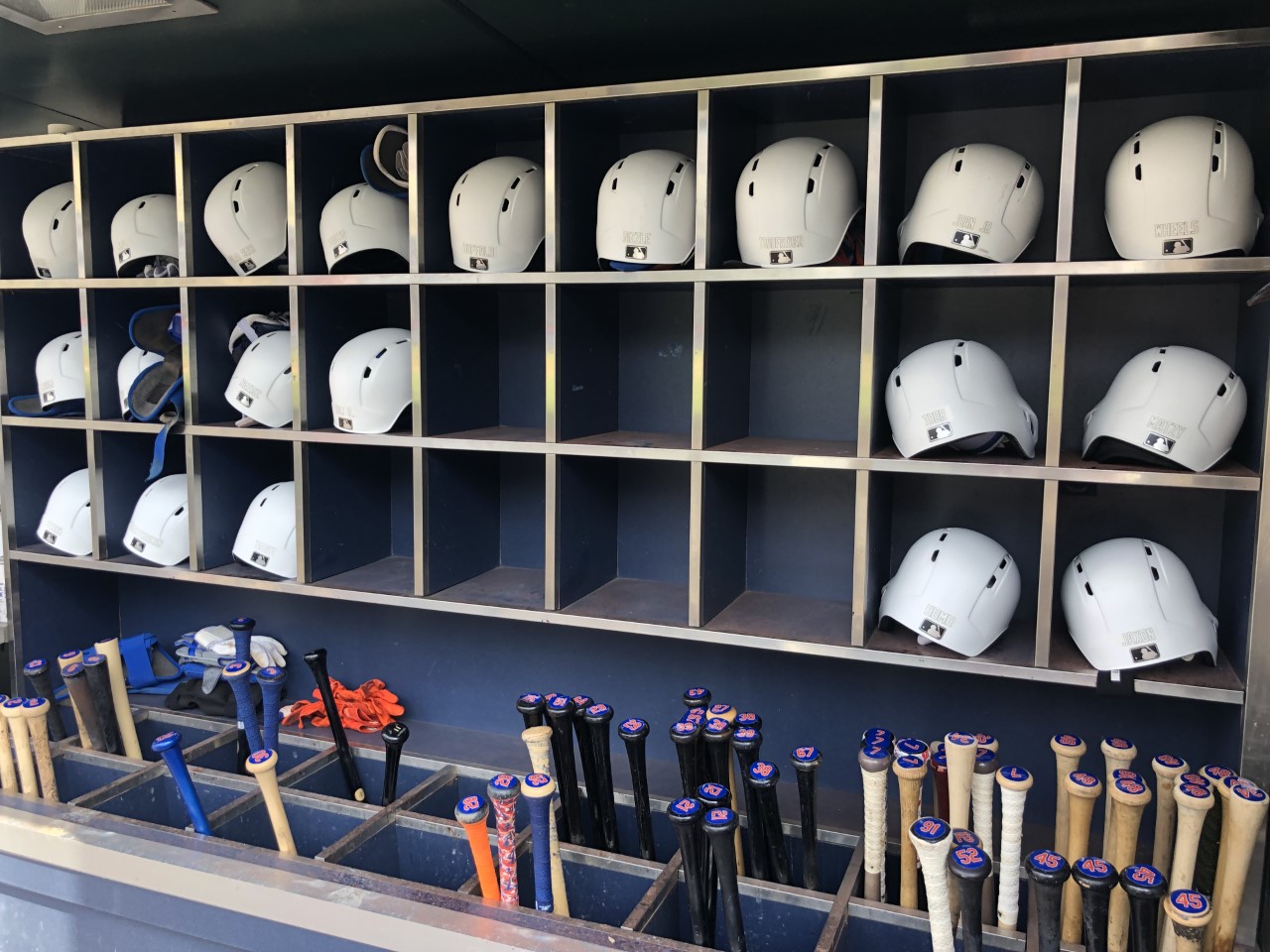 QUEENS, NEW YORK- It is Major League Baseball’s Players’ Weekend and not everyone is thrilled about this year’s digs. MLB opted for a brand-new design for this year’s uniforms reminiscent of the National Football League’s Color Rush uniforms. Every away team across the MLB donned a head-to-toe black uniform while every home team sported an all-white look.

The first issue with the white uniforms is that the pitcher’s cap is also white… which also happens to be the same color as the baseball. MLB, to combat that, forced every pitcher to wear a black hat to negate any ball-concealing issues while it is in the pitcher’s hands. The home pitchers look as though they’re playing for both teams! In a Bill Belichick move, tonight, the Los Angeles Dodgers shifted their shortstop Corey Seager in line with the pitcher to create a ‘white out’ condition in the vision of the New York Yankees batters.

The second issue with the white uniforms is that the details on them: lettering and numbering are basically invisible to fans sitting farther than the second row and to television cameras and, therefore, the television audience.

Mets’ two-time All-Star third baseman Todd Frazier didn’t hold back on his assessment of the monochromatic black and white uniforms: “Agh! MLB’s got all those people, I mean they could’ve come up with something different, to be honest with you. [I’m] not a big fan, but it is what it is.” Jeff McNeil, a 2019 All-Star infielder, told me with a shrug, “last year they had a lot more color and this year they’re [very] white. I like the black jerseys, I think they’re cool”. Michael Conforto, a 2017 All-Star Mets outfielder, is indifferent on the look, but embraces the uniqueness of the monochromatic uniforms. “You know what, it’s interesting for sure. It’s a different look. I think some of the comments have been: ‘we look like painters’ … [and] ‘we look like snowmen’. But I think its fun to switch it up.”

Some fans admitted that the black uniforms are growing on them… but probably only because the white ones are so terrible! Fashion-forward Atlanta Braves outfielder agrees with most fans: “I definitely like the all-black over the all white.” While pointing to his own cleats, he added: “With the all-black you [can pair] the neon [or] the red [and it] stands out. The all-black is definitely my favorite out of the two for sure.”

Regardless of the monochromatic design failure, the players still are deeply invested in this new trend in the MLB (only in its second season).

Todd Frazier excitedly showed me his white, orange, and blue cleats explaining that he had “Todd” written on the rear panel of the left cleat and “Father” written on the rear panel of the right cleat. The stylized print looked as though it was spray-painted onto the footwear. “Nothing speaks louder than graffiti in New York with my nickname in blue and orange. [I’m] really happy about these.” Fans can decide if they top last year’s Godfather/Tony Soprano theme.

Jeff McNeil told the designers that he wanted to play homage to his hometown. On his cleats, he has his hometown’s name (Nipomo) his school’s name (Nipomo High School), the area code of the phone number he grew up using (805), the logo of a local steakhouse (“it’s all we’re really known for”) and the logo of the golf course at which he plays. Evaluating the design, he assessed, “they came out awesome”.

Michael Conforto designed neither flashy cleats nor a flashy bat this year. “I don’t have much, I really don’t”, he told me with a smile. “I didn’t do anything special this year with my cleats. My bat has a bright blue handle and some orange writing on it. [It’s] Pretty boring and some of the guys have been giving me crap for it.” What does the bat say? “It just says ‘Forto’, that’s one of my nicknames, so, I went with ‘Forto’ this year for the name they put on the back and… nothing too special.” Next year, he vowed to pay homage to his roots and hopes to ditch the regular design to put an Italian flag on his cleats.

2019 All Star Braves outfielder’s cleats were, by far, the most decorated. He paid homage to his native Venezuela in a red, yellow, and blue color splash design with the names of his family members painted on top of the flag’s colors. “Family is everything to me”, Acuna told me in the visitor’s clubhouse.