Is Jarrett Allen the Most Important Cavalier?

While the Cleveland Cavaliers have righted the ship since their five-game losing streak (they’ve gone 5-2 since then) cracks are beginning to form again. Injuries are no friends of the Cavaliers despite how often they seem to come around, and one particular injury seems to be impacting them more than any other. It’s not Donovan Mitchell, it’s not Darius Garland and it’s not even Evan Mobley. It’s Jarrett Allen who they miss the most when he’s out, and since getting injured in the first half against the Milwaukee Bucks, it’s been pretty downhill for them.

Don’t Know What You Got Till’ it’s Gone 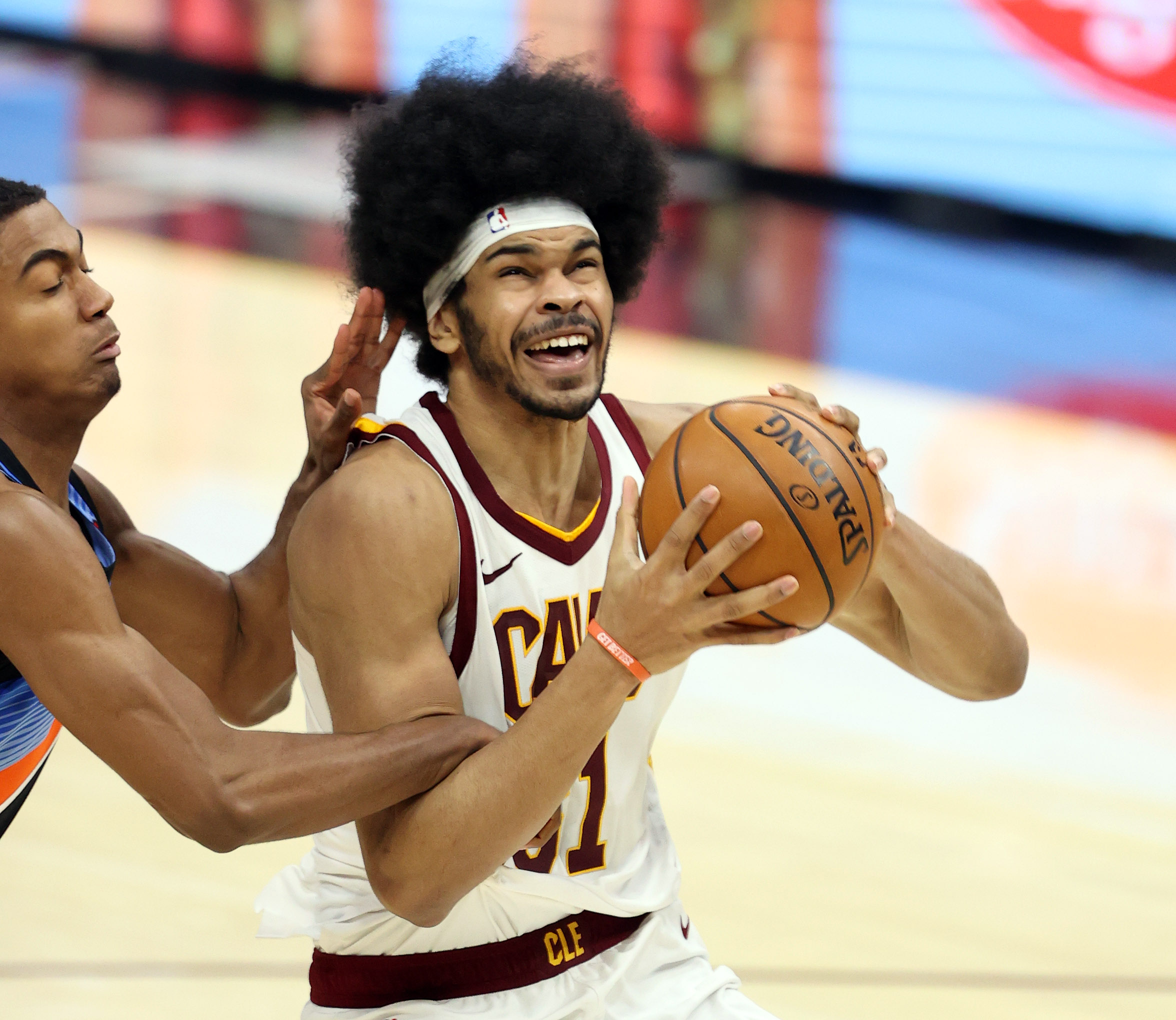 Allen is kind of the unassuming, hidden one of the Cleveland Cavaliers’ Big Four. Mitchell and Garland are the flashy, scoring, playmakers, while Evan Mobley is the young promising star who flys around the defensive end, erasing shots with aplomb. Comparatively, Allen is kind of boring. He scores his 10-15 points on excellent efficiency, grabs ten boards and plays stout defense. The kind of defense that alters the most shots in the game, but may not necessarily lead into a ton of blocks. That steady presence on both ends is sorely missed on this young Cavs team. Even on offense, where Allen’s impact might not seem like a huge deal, it absolutely is.

Garland and Mobley are still inconsistent offensively, and aren’t as settled in their role yet as they continue to grow. Donovan Mitchell mostly is, but one man does not make an offense. The rest of the Cavaliers, especially without Kevin Love, also freely bounce between elite role-players and near useless. One can simply take a look at Cedi Osman’s game log to get a good feel. For every 15 point outing he’s got a single digit game where he shot less than 40% from the field. Jarrett Allen’s 13.5 points may not seem like that big of a deal in a vacuum, but when it’s so consistent, on such few shots and such good accuracy, it feels like more than it is. Also, while most of Allen’s makes are assisted, they aren’t all spoon-fed to him a la DeAndre Jordan on the Los Angeles Clippers. Many of them are dump-offs to the post for him to go to work himself, with a quick hook or floater over a defender.

Reliable, essentially self-sufficient double digit scoring without breaking the offensive flow is rare. In fact, it’s often Allen who rescues them with a few possessions when Mitchell and Garland’s shots aren’t falling. It’s telling that the Cavaliers’ offensive rating drops from 117.1 to 109.7 (115.2 PPG and 103 PPG) without Allen. The Cavaliers rattled off their win-streak to start the season without Garland, and we’ve seen Garland completely pick up the offensive slack without Mitchell. In fact, the Cavaliers have over 120 offensive rating when missing just one of those two. While it is on a low sample size, it shows that the Cavaliers don’t necessarily miss too much of a beat when one of those two is out in the short term. While Allen’s offense is not his specialty it is clear he has an outsized effect on how they perform despite his rather low amount of touches. He won’t carry you, but those points provide the pavement for the rest of the Cavs to drive through smoothly, and without him it’s a pothole-ridden mess.

Just like it seems like Allen’s offense could be easily replaced, the defensive prowess of Evan Mobley seems like it could fill in for Allen in a pinch. Unfortunately, that isn’t really the case. Mobley is simply too skinny to bang with centers for an entire game weighing 215 to Allen’s 243. Mobley also thrives best in the Giannis-type defensive role, a free-safety that can provide instant help defense anywhere with his length, mobility and shot-blocking prowess. Just like that Giannis was unlocked when Brook Lopez showed up to anchor the defense, Allen is needed for that Lopez role on the Cavaliers. He’s the rock in the middle that contests everything or dissuades paint shots in the first place.

Allen is contesting 11.3 shots per game, which was tops on his team until recently when Mobley overtook him because Allen has sat out the past two games. Opposing shooters are shooting just 41.7% against Allen on 14.9 attempts per game, and considering nearly all of those attempts are near the basket that’s impressive. In fact, it’s top three in the league among centers. Defensive rating tells the same story of Allen’s effectiveness. The Cavs are at 108.3 with Allen (would be second best in the league) and they are at 116.1 without him, which would be tied for fourth worst. For those keeping track at home, that gives the Cavaliers a 8.8 net rating with Allen playing (which, again, would be second in the league) and are -6.4 without him, which ranks third worst, right next to the Houston Rockets. 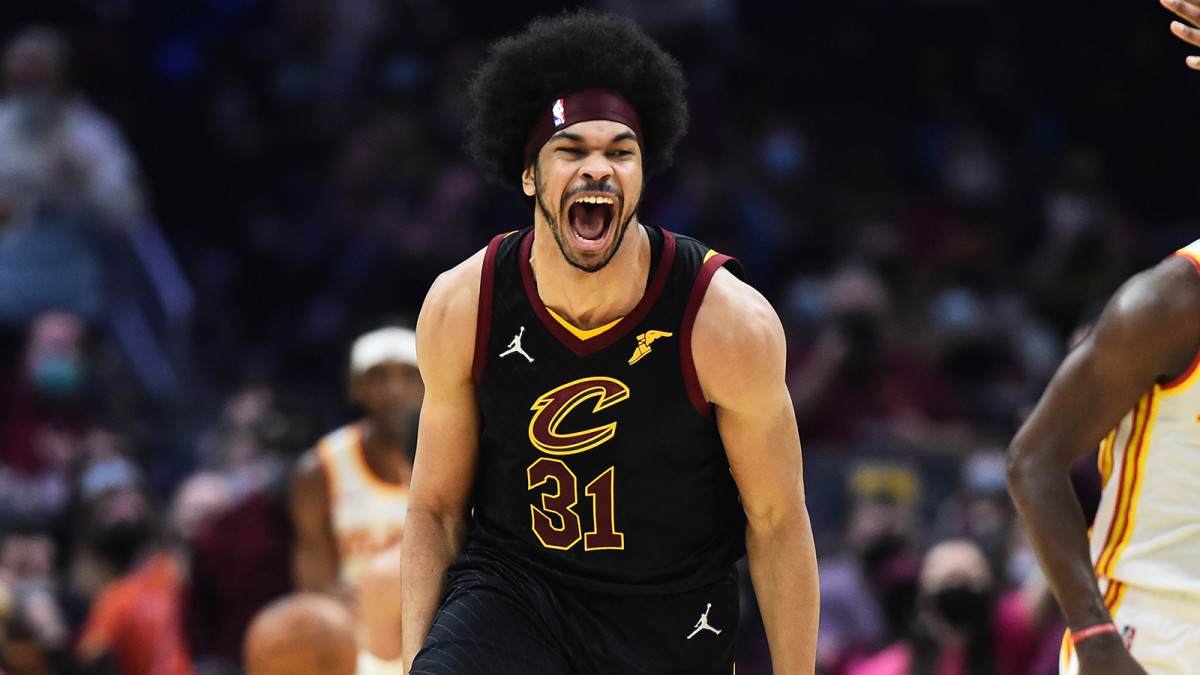 The story that the difference in net rating tells is probably more extreme than reality due to a low sample size. It will probably even out some if Allen, God forbid, misses much more time; the Cavaliers aren’t a bottom five team without Allen. What it does tell us though, is that Allen is probably the most crucial player on the team. Every other single player’s offense and defense seems fairly replaceable game to game, but Allen’s is not.

They are playing like one of the best teams when Allen plays, and one of the worst when he doesn’t. Record-wise, they are 1-3 without Allen and 12-5 with him. Their only win is against the lowly Detroit Pistons that were also quite injured. That 1-3 doesn’t even count the game against the Milwaukee Bucks when Allen got hurt. In that one, the Cavs were +4 in the 12 minutes he played, and ended the first half with an 11 point lead. They ended up losing that game by 15 thanks to a -25 third quarter.

The Cavs will learn to play better without Allen, and the multitude of injuries they’ve had to the wing recently also isn’t helping, with Osman, Love, Caris LeVert, and Lamar Stevens also missing at least some time in the past few games. Even if that’s the case though, they clearly need Allen back. Sometimes it’s not the high scorers or the crafty passers or the highlight-reel defenders that are the most important player on the team. It’s the dependable rock that does his crucial job night in and night out. That man for the Cavaliers is clearly Jarrett Allen.