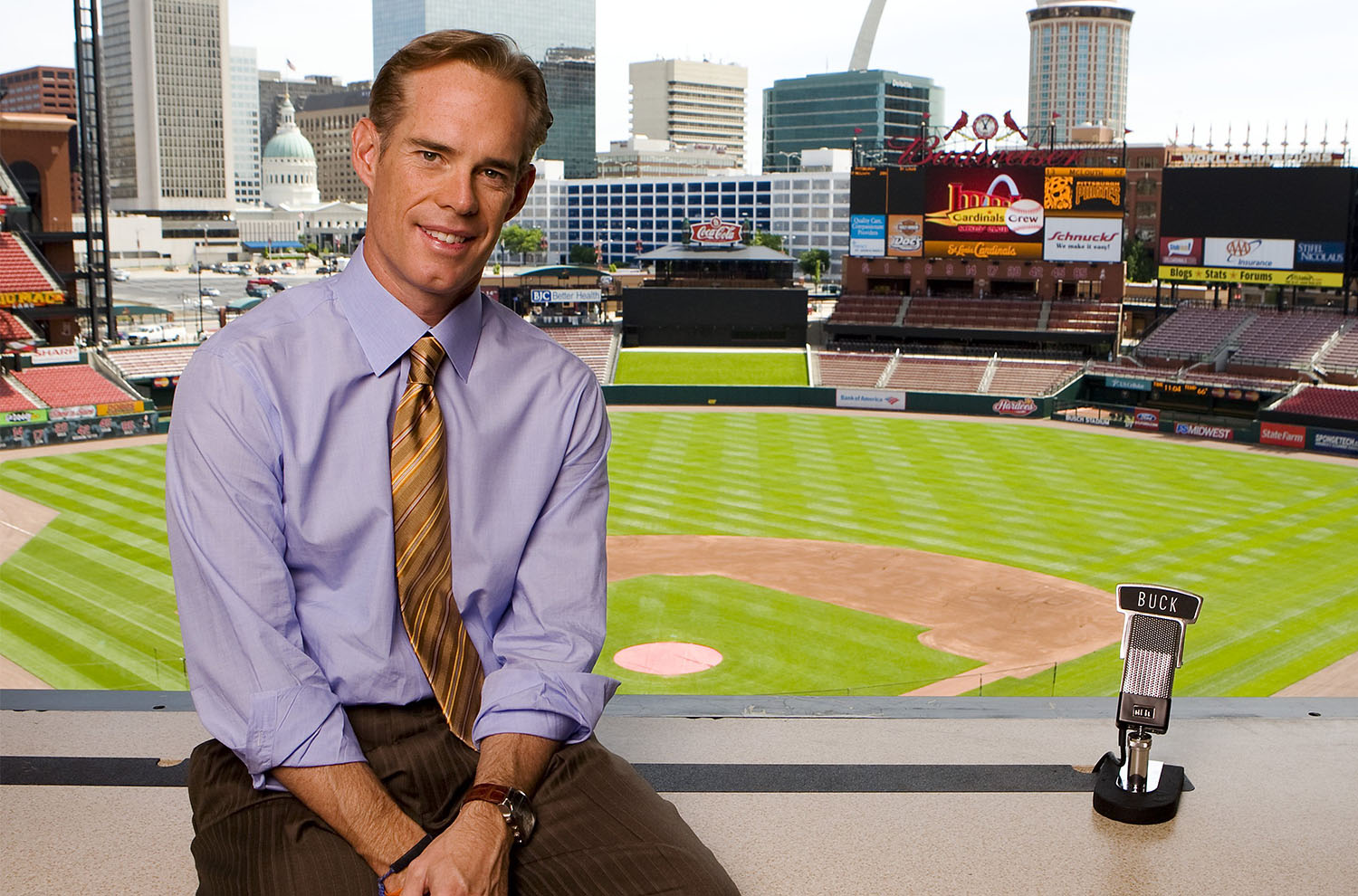 Bill Keagle: For someone that’s in the public eye, why write an autobiography? What are you hoping people get out of it?

Joe Buck: Well I think they end up getting a better picture as to who I really am, you know, I certainly don’t think that people are laying awake at night in their beds going “I wonder who joe buck really is” but I think it’s a worthwhile book and a good read and it’s a way for people to kind of make me a little bit more three dimensional and know that I’m willing to laugh at myself, to be honest about things that have happened in my life, to show the Worts of which I have many and be real.  You know, it’s hard in the course of play by play of a football game or a baseball game to show who you really are and this was my opportunity to do that.  So I’m thrilled with the response so far, I think its hit people on a lot of different levels and talking about the death of my father and the relationship that we had away from baseball stadiums and football stadiums, going through divorce, almost losing my career, these are things that people deal with in their lives and so maybe they can identify with pieces of it and take something to apply to their own struggle and, ya know, were not all very different and this is my offering to entertain and maybe have people understand more about me.

BK: That’s certainly what I’ve gotten from the book as well, speaking of your father, I am really curious with a guy like your father, aside from the all the advice he gave you on broadcasting, what advice as a person did your father give you that sticks with you today?  Maybe as a husband or a father?

JB: Yea, that is the most important question that you can ask.  And I saw a guy that have every reason in the world to put himself in a cocoon or think he was better than the game or better than someone else, at least in the city of St. Louis.  I mean, he was kind of St. Louis royalty.  Not only when I was a little kid but by the time he passed away he had built up a lot of goodwill in this city but the answer is how to treat people and how to treat the person operating the elevator at Busch Stadium the same or even better than you would the commissioner of baseball, if he were to show up at a Cardinal game or, ya know, how to do things for others when the camera’s not on or nobody’s there to record it and, ya know, you don’t come home… he passed away there were stories that came out about things that he did for people, that those of us in our family, we had no idea he had ever done.  And he wasn’t doing it so at the dinner table he could say “guess what great deed I did today” he did because it made him feel good and it helped somebody out.  And so, I learned how to be a good person from my dad and that’s way more important than how to call a homerun or a touchdown or whatever it may be.  And that’s a living example is what I’m trying to do for my own kids and I don’t that I’ve always done it perfectly but I’ve certainly tried.

JB: yea, I think, first of all when you write about something as personal as divorce, ya know, you have to take into consideration everybody’s feelings.  And so, I made sure my daughters were ok with every word I wrote in this book and every word that had to do with divorce.  That’s something that’s more traumatic for them but I married my high school sweetheart, we were married, I guess, by the end of it for 19 years and we, I think, did our very best but grew apart and thankfully there was no one else involved and we came to an understanding that we were going to part ways and the most important thing for us was to raise our daughters the best way we could.  And that’s what we’ve done from the minute they were both born and so you don’t ever go through something like that and don’t learn and not get better and I think I’m a better husband and I think I’m in a marriage that is more understanding.  I married a woman who’s at ESPN, who’s on air, who gets the business, who has a huge heart and thankfully everybody has moved on and probably come out better for it, but going through that was a difficult thing and writing about it was just as difficult.

BK: How was their reaction to the book, your ex-wife’s and your daughter’s?

JB: It’s been great and I’m so thankful for that.  Like I said, if my daughters were not ok with one word in that book I would change it and I gave them both the manuscript before it came out and they both read it, front to back, they loved it and they said go, this is a good representation of what we all went through and my ex-wife is fine with it.  We’ve talked about it, it’s something I said to her that I would say to anybody, I’m 47 writing about my life, there’s no way I can not talk about my failed marriage and it’s something I think a lot of people go through. The divorce rate is over 50% and so it would be disingenuous and an incomplete story if I didn’t put it in so thankfully everybody’s ok with that and I think it’s pieces of the book like that so many have identified with and that’s what’s made me so happy with it.

BK: As a guy, I’m in my early 30’s, so I worry about losing my hair also but I found it therapeutic that you admitted it was vanity, was it helpful to you to admit and what was the general response to that part of the book?

JB: It’s been great, ya know, it’s kind of like I’ve become the hair loss whisperer because now that this book has come out so many people have come to me like “oh my god, I had no idea, I feel the same way and I’ve gone through the same procedures” and so yea, it was therapeutic and I’m sure all of us who have lost hair have had the same thoughts, like there’s something about your virility that you feel like is taken away or maybe it’s a sure sign that you’re getting older and you don’t like it.  So, it’s not unique and was it therapeutic?  Absolutely and I loved being able to go on Jimmy Fallon’s Tonight Show and say to the crowd and say to the audience “hey, so I had this hair plug procedure and I almost lost my voice” and that gets people’s attention because nobody really talks about that stuff, so I figured why not?  Let it all hang out and if you’re going to write a book then write a book.

BK: Right and be honest as possible, understood.

BK: so my last thing is just a statement, something that I’ve wanted to tell you for a while because I admire your work and on February 3rd, 2008 you called the Giants Patriots Super Bowl, Super Bowl 42, on that date I had just gotten to Baghdad, Iraq and there’s something about that game, me being a Giants fan since I was as little as I could remember and at the point that was the biggest moment of my life and to spend it in Iraq and sort of have you as the backdrop to that moment, to getting me out of being scared and being depressed I just wanted to thank you so much for that

BK: I mean, no thank you, I’m tell you, what you guys do is fantastic and just for that three and a half hours it was good to hear your voice so I just wanted to thank you and that’s all I had Mr. Buck.  Thank you so much.

JB: And thank you, thank you so much for that and I appreciate that more than you know.  So, thanks