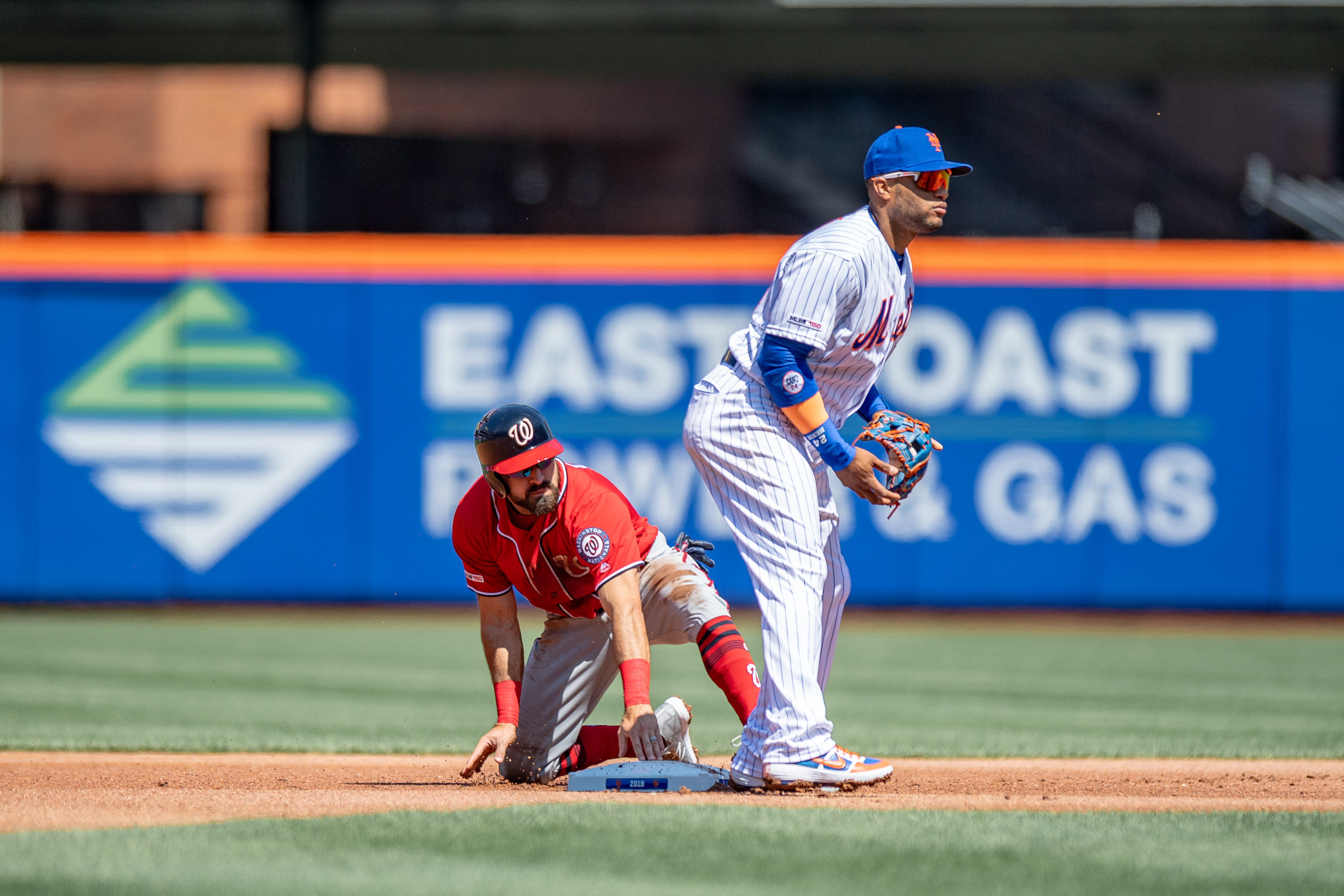 QUEENS, NEW YORK- Should a movie of the 2019 Mets be created, All-Star infielder Jeff McNeil has a ‘highly original’ title for it. “Great Comeback… or something like that” he suggested me with a shrug and a smile. But on this particular weekend, a better title might be “Sweep Dreams”.

Prior to the game, Michael Conforto told me that “these last two games [have] been tough, they’ve been close, but we’ve come up short in them. I don’t know if [today is] a ‘must-win’, but we’re certainly looking to avoid the sweep.” The Mets were over matched by National League East leading Atlanta Braves on Sunday. They’ve been outscored 13-7 over the three-game series.

Though siting only at 4-5 with a high 4.12 ERA entering play, Keuchel and his lore cannot be taken lightly by opposing hitters. Mets outfielder Michael Conforto spent forty minutes early this morning in the film room analyzing himself and Keuchel- “just studying up, looking at the numbers, and trying to make sure [I am] as prepared as possible”.

Conforto expanded upon that, offering: “We want him up in the zone. He’s got great command, he’s able to use his stuff to go off the edges and also to start off the plate and then come back to the plate. We want him more in the middle and we can’t get too big with our swings against him- he’s a pitcher who feasts off of big swings and takes advantage of that. We’ve got to stay in the middle of the field and make sure he’s on the plate.”

Despite owning a career 0-for-20 against Keuchel, Mets outfielder Rajai Davis told me he would be prepared if called upon in a pinch-hit role in Sunday’s matinee. “I’ve studied it a bit, now … I think now I would be a lot more confident: forgetting about what the past is because that was a different player than I am now.”

As far as the mental approach to the plate, he said, “I would definitely not try to pull him, I would try to go the other way with him. Guys I’ve seen [have success against Keuchel] have gone the other way with him”. His opportunity came in the bottom of the eighth, but not against Keuchel.  Davis grounded a hard-hit ball up the middle, but directly into the defensive shift.

Despite the Mets knowing what to expect from Keuchel, in Sunday’s loss, he dominated the Mets lineup, pitching a seven-inning gem: four hits, three walks, seven strikeouts, one hit batsman (111 pitches, 68 for strikes). At the same time, the Braves defense stranded  seven runners in front of the 30,170 fans in attendance at Citi Field. New York stranded twenty-one runners on base over the three-game span.

New York entered the weekend series looking to assert their dominance and shed the “fringe playoff team” label given to them by the Cleveland Indians’ official social media account. The Mets ended the weekend with a Sisyphus-ian attitude: ready to begin another ascension up the NL Wild Card standings. After today’s game, they find themselves 2.5 games back, sitting behind the Philadelphia Phillies and Milwaukee Brewers, respectively.