Can Mike Brown Bring a Winning Culture to Sac City? 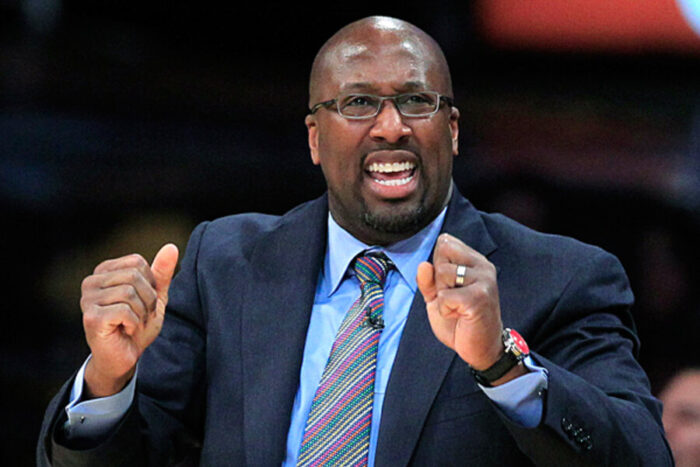 Fresh off the Golden State Warriors championship parade, Mike Brown is officially the head coach of the Sacramento Kings.

Sacramento Kings general manager Monte McNair and Brown led the press conference, which was  on hold as Brown’s Warriors landed him a fourth championship ring as a coach. Ready to take the big chair once again, Brown was adamant about bringing a “winning culture” to Sac-Town. There was much promise in the room. De’Aaron Fox, Davion Mitchell, Terence Davis, Richaun Holmes, Doug Christie, and even Alvin Gentry were in attendance.

“Every organization out there, in my opinion, has a soul. The stronger that soul is, the better that organization will be. A strong soul equates to a winning culture,” said Brown.

"Every organization out there, in my opinion, has a soul. The stronger that soul is, the better that organization will be. A strong soul equates to a winning culture."-Sacramento Kings Head Coach, Mike Brown

Brown explained the contributing factors to a winning culture: trust, values, and knowing your role.

“I am going to preach from day one: They have to have communication. They have to give effort. They have to trust one another,” said Brown. “On top of that, if you throw out a defensive system that fits this group, you’ll have the chance to be pretty good.”

As a bonus, Brown has history with De’Aaron Fox, having met him at a basketball camp. Brown says he was “impressed with Fox’s speed” and calls him a “dog defensively.” Factoring in DeAaron Fox having his worst season last year, Brown is determined to put pressure on Fox for the betterment of his performance.

After dodging questions regarding the upcoming draft, Brown explicated his vision for the Kings’ coaching staff. Brown is “still working” on bringing in a diverse group for the coaching staff. He recently hired his former assistant coach from the Nigerian National Team at the 2020 Summer Olympics, Jordi Fernández. Brown also brought on former Charlotte Hornets assistant coach Jay Triano, who was formerly the head coach of the Toronto Raptors.

Doug Christie’s years of assiduous dedication was acknowledged by Coach Brown. Followed by Brown giving a detailed anecdote about them being adversaries in a few games.

Coach Brown received a warm welcome to Sacramento. A team with a 17-year playoff drought desperately needs a winning perspective from its head coach, and Brown brings just that. Now the team will have to focus on upgrading the roster, as the Kings are a far cry from the All-Star-laden Golden State and Cleveland Cavaliers rosters with which Brown garnered his championship pedigree.