The Dallas Cowboys are headed to California for their second matchup of the regular season against the Los Angeles Chargers.

The Cowboys, who are coming off a narrow loss in their Week 1 matchup against the Tampa Bay Buccaneers, are looking to flip the script this Sunday in The Golden State.

The Chargers come into the matchup with a 1-0 record after defeating the Washington Redskins in Week 1. Justin Herbert put on a solid showing, throwing for 337 yards and a touchdown.

Austin Ekeler and Keenan Allen also shined in their season debuts, with Ekeler posting a touchdown and Allen putting up 100 yards receiving on nine receptions.

This will be a defining matchup for Dallas, as an 0-2 start on the season would put them on the wrong side of history. According to Joe Osborne, an analyst for OddsShark, since 2007 only 12.2% of teams who started the season 0-2 went on to make the playoffs.

Here’s a look at a few things the Cowboys must emphasize ahead of their Week 2 matchup in order to come out on top. 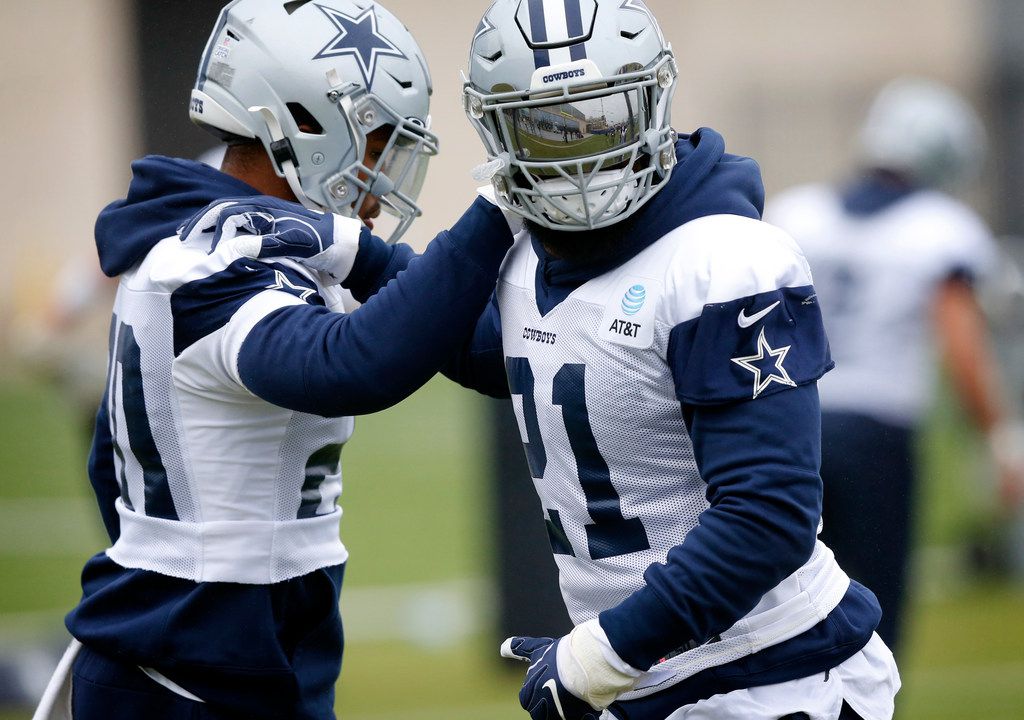 It is no secret that the Cowboys struggled to find success running the ball in Week 1, but that shouldn’t discourage them from trying to do so again this week.

With the way Dak Prescott is throwing the football, defenses are going to have to pick their poison trying to contain the Dallas Cowboys’ offense. This happens to bode well for Ezekiel Elliott and Tony Pollard, who both struggled heavily Week 1.

Rushing for just 33 yards on 11 attempts, Elliott posted the third worst rushing performance of his career against Tampa Bay.

Pollard did not find much success rushing either, totalling more receiving yards than rushing yards for the matchup.

It goes without saying that this cannot continue in Week 2 for the Cowboys. Dak Prescott cannot be expected to single handedly carry the team to victory on 50+ passing attempts week-in and week-out.

Elliott and Pollard need to be better. Elliott in particular has been on a downward stretch running the ball since Prescott’s injury early last season and has failed to trend upwards since.

It’s as simple as this. The Cowboys arguably have the best offense in football as of this moment with Prescott’s play, it would undoubtedly be the best if Elliott ran the ball the way he’s capable of with Pollard in the rotation.

It should be taken into consideration that the tandem was running against the best defensive line in football with the Cowboys’ best lineman in Zack Martin absent, so there is certainly an opportunity to improve in Week 2 in light of his return.

Keeping the ball in the hands of the Cowboys’ and chewing the clock will be pivotal to keeping Justin Herbert off the field against a depleted Dallas defense. Elliott and Pollard must be at the forefront of this effort.

It is no stretch to say that the performance of the running back duo will be crucial not only to the success of the offense, but the entirety of the Cowboys game plan. 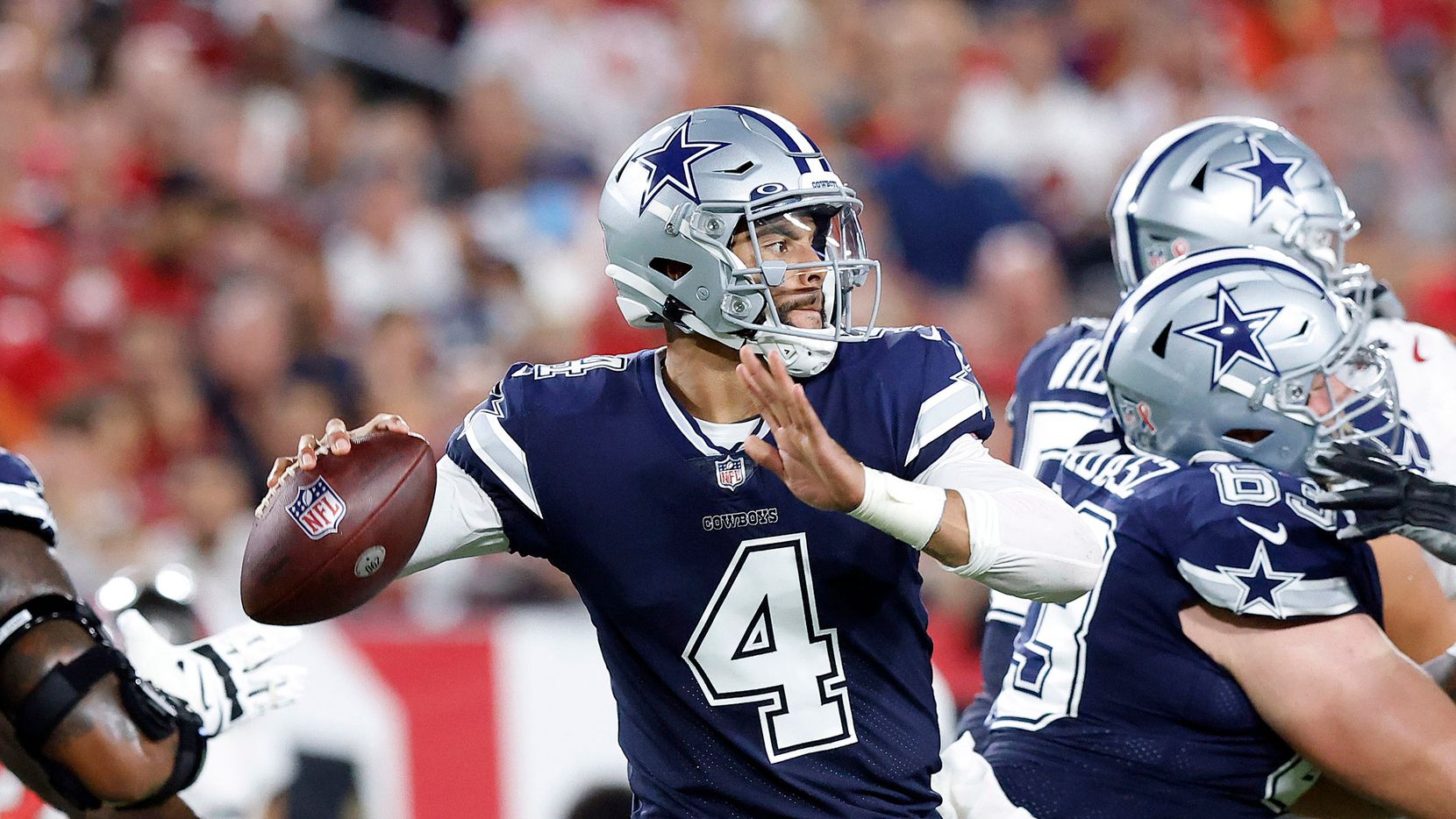 Dak Prescott made it clear that he is ready to be the driving force and leader of the Cowboys offense last week. His Week 1 performance marked his fourth straight 400 yard passing game in a row when playing the entirety of the matchup.

What’s perhaps even more shocking about Prescott’s performance is in regards to the volume of his passing attempts. He threw the ball 58 times, in comparison to just 14 rushing attempts from Ezekiel Elliott and Tony Pollard combined.

Obviously, the Cowboys can’t expect Prescott to continue throwing the ball this much at the same efficiency, but it wouldn’t be a stretch to expect at least 40+ attempts from Prescott on Sunday.

The Chargers pass defense is no pushover, but Dak Prescott should find relative ease getting the ball to his star wideouts. Their defensive line, however, is one of the league’s most formidable. With La’el Collins out for Sunday’s matchup, this could be cause for concern.

Luckily for the Cowboys, they are getting one star guard back in light of losing one. Zack Martin will be active for Sunday’s matchup, so Prescott should be able to navigate the pocket with relative ease and safety.

Regardless of everything happening outside of Prescott’s control, if he can continue to do what he’s been doing passing the ball the Cowboys are in good shape to win this game.

Keep the Defense Off the Field

This is truly as simple as it sounds. Keep the defense on the sidelines, for as long as possible.

Many were impressed with the efforts of the Cowboys’ defense in Week 1, forcing four turnovers against the reigning Super Bowl champions. This doesn’t mean, however, that the defense can now be considered good enough to consistently win games.

There are still a multitude of problems for Dallas defensively, despite what the box stats may indicate. They allowed 431 yards of offense and 31 points with no real ability to stop Tampa Bay.

The Buccaneers got virtually anything they wanted, and the Chargers do not fall far behind in terms of offensive firepower. It can’t all be fixed in one week for the Cowboys, they will need time to figure things out. This makes it all the more important that their time on the field is limited.

On top of this, injuries have begun to pile up for the Cowboys in heavy fashion. The team’s best defensive player in Demarcus Lawrence broke his foot in practice and is out indefinitely. Randy Gregory will also be missing Sunday’s matchup due to COVID protocols. That’s already Dallas’ two best defensive linemen out for the game.

Running away from problems is never something a team should embrace, but in the Cowboys’ case, both literally and metaphorically, this approach could very well end up winning them the game.