The Dallas Cowboys captured their fifth consecutive win of the season in thrilling fashion over Bill Belichick and the New England Patriots.

On the stat sheet, the Cowboys have looked utterly dominant in every game this year and seem to be on their way to another strong season.

Their matchup with the Patriots, however, was telling of a different story. Despite dominating almost every single statistical category, the Cowboys barely escaped Foxsbourugh with a win.

Here’s a look back at the Cowboys’ bizarre Week 6 victory and everything to take away from it.

Cowboys Getting in Their Own Way

There is no questioning the offensive firepower and overall talent of the Cowboys’ roster. In regards to their discipline, however, there is serious work to be done.

Dallas was penalized 12 times for 115 yards on Sunday, their most self-destructive performance of the season by far.

They are also the second-most penalized team in the NFL this year with 47 penalties in 6 games, second only to the Philadelphia Eagles with 54.

Untimely holding calls and a number of other penalties were the difference between Sunday’s score and what could’ve been a double-digit Dallas blowout.

When looking at the matchup’s statistics, it’s hard to believe the game was even as close as it was. Here’s a look at the offensive discrepancy between Dallas and New England:

Numbers like these just don’t line up with Sunday’s final score. Dallas dominated in every facet of the game except the one which mattered most, the scoreboard.

Even though Dallas struggled, in what was likely their worst performance of the season, they still notched 35 points and two takeaways. In hindsight, the game was a double-edged sword.

For the Cowboys to play the way they did and still manage to put up over 30 points is a scary sight for any opposing team. At their worst, they still looked like one of the league’s best and managed to steal a win.

Mike McCarthy has an incredible roster in front of him that has shown it’s capable of beating anyone in the league. Now he must find a way to stop his team from beating itself. 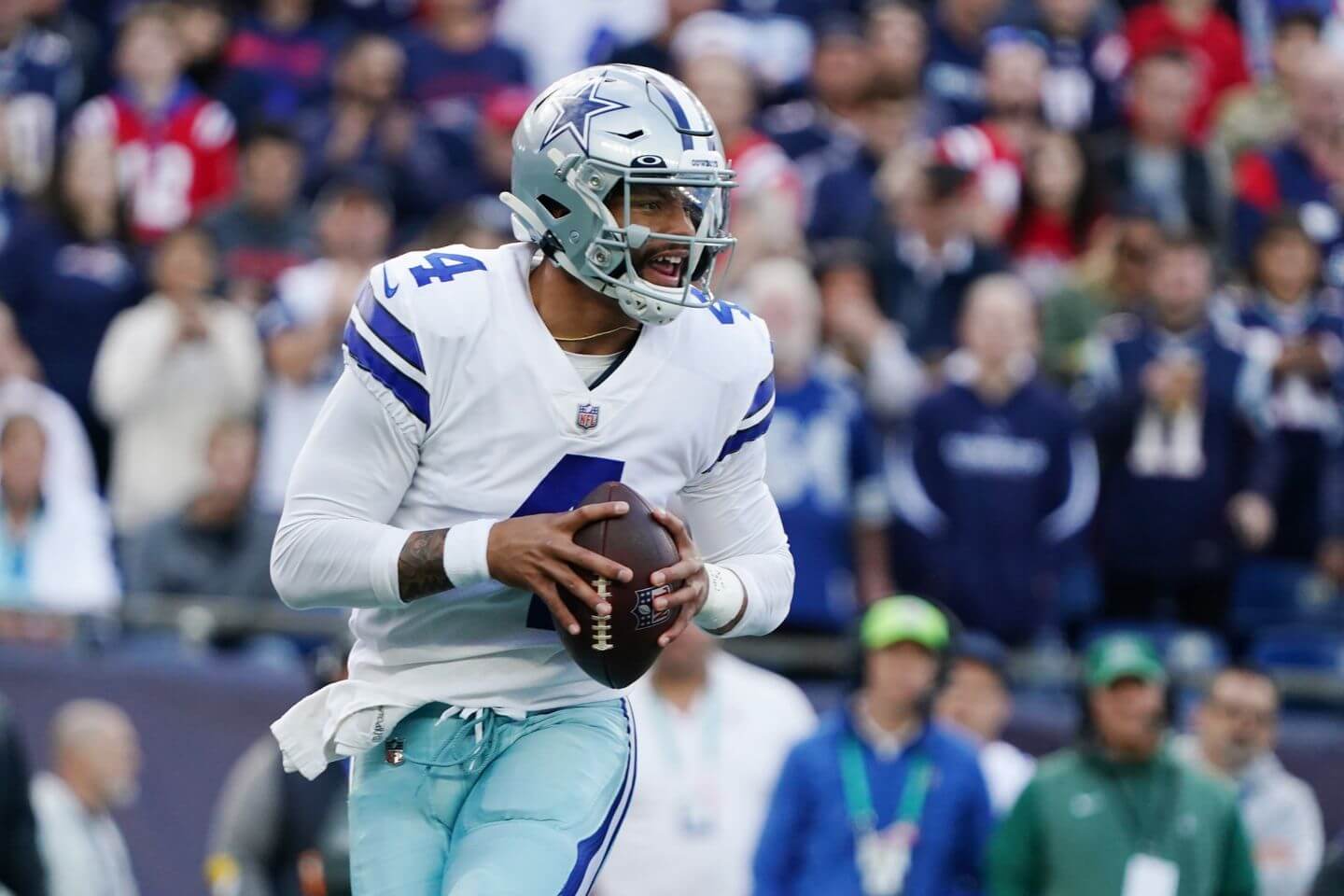 The Dallas Cowboys found themselves in a familiar type of matchup on Sunday. Their season opener against the Tampa Bay Buccaneers showed striking similarities to their most recent effort. The only difference this time is they came out on top.

In both matchups, the run game had little to no impact and Prescott was tasked with dragging the Cowboys to a victory.

Statistically, he put on nearly identical performances. In both matchups, he threw for 400+ yards and three touchdowns with 50+ pass attempts and upwards of a 70% completion percentage.

“Can’t say enough about Dak Prescott,” said Head Coach Mike McCarthy. “Just the way that ball was being distributed and the calmness and the confidence he had in the pocket. We knew this was going to be a dog fight, a huge challenge coming in here, and we really do need these kinds of wins during the course of the season.”

His second game-winning drive of the season was one for the books and sent a powerful message to the rest of the NFL: The Dallas Cowboys are ready to be competitors, Super Bowl competitors.

Unfortunately for Dallas, Prescott suffered an untimely calf injury on the last play of the game. He has been given a timetable of 2-3 weeks for his return.

Prescott himself remained calm addressing the subject. “I’ll be fine. I promise you that. Life keeps throwing punches. I’ll keep throwing them back.”

As the Cowboys enter their bye week, Prescott will have time to recover and hold optimism for a return in their Week 8 matchup against the Minnesota Vikings.