The Dallas Cowboys captured their second win of the season in dominating fashion over the Philadelphia Eagles on Monday night.

The Cowboys posted 380 yards of offense and six total touchdowns on the day to beat Philadelphia 41-21, in their first of two matchups this year.

This was undoubtedly Dallas’ best showing of the year on both sides of the ball. With the exception of an early fumble leading to an Eagles touchdown, the Cowboys were in clear control of the game.

They dominated time of possession, with 35 minutes to Philadelphia’s 25 minutes, along with the ground game, and kept their offense on the field

Ahead of their matchup against the Carolina Panthers, here are some things the Cowboys can carry into Week 4 from their Monday night matchup. 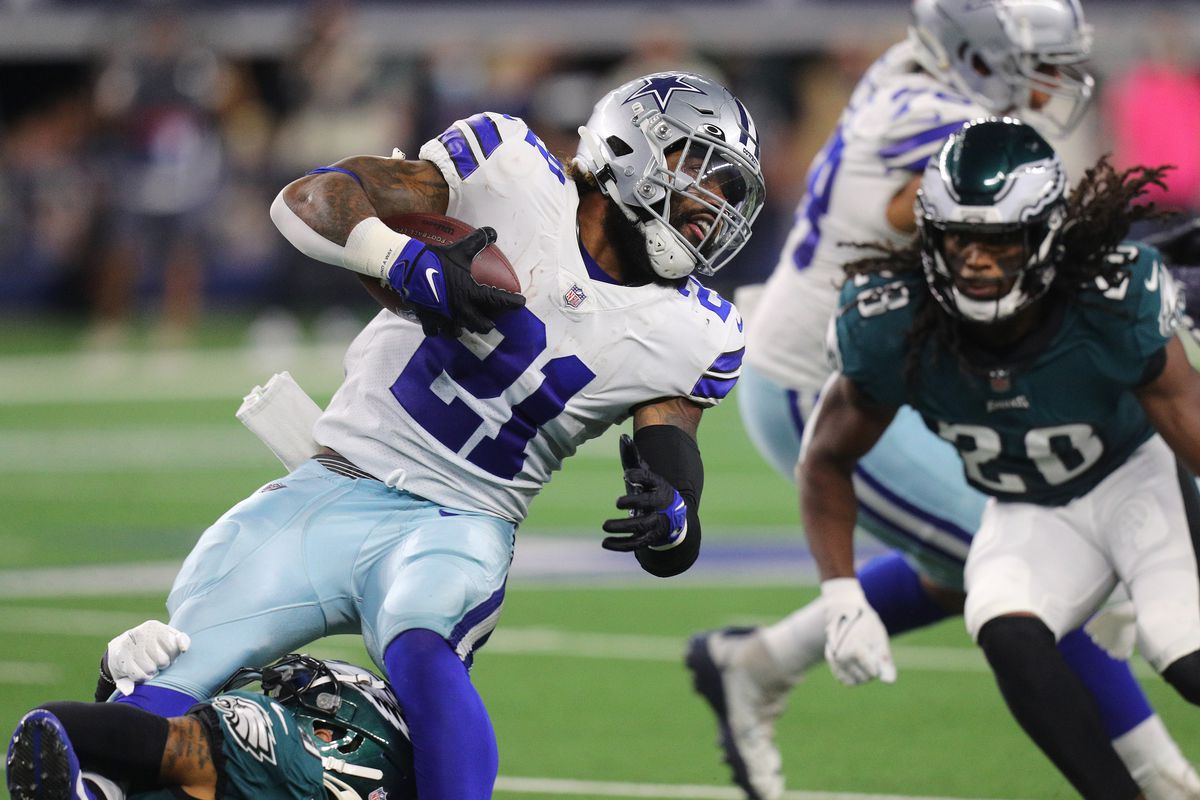 The last two weeks have been a refreshing sight offensively for the Dallas Cowboys.

Dak Prescott just came off of his most efficient game of the season, throwing for three touchdowns and 238 yards on nearly 81% completion and no interceptions. It is no coincidence that it also came in light of the Cowboys’ best rushing performance of the season.

They currently stand fourth in the league for total rushing yards on an impressive 4.6 yards per attempt with 418 rushing yards in total.

Ezekiel Elliott had his best performance of the year as many expected. He posted 2 touchdowns with 95 yards rushing on an impressive 5.58 yards per attempt and 116 total scrimmage yards.

Tony Pollard also contributed with 60 yards rushing on 5.45 yards per attempt, totaling 65 scrimmage yards on the day. It is no stretch to say the Dallas Cowboys’ running back tandem is slowly developing into one of the league’s best.

An offense with this level of balance and efficiency is dangerous, and it will be a crucial formula for success in the Cowboys’ Week 4 efforts.

The Carolina Panthers have allowed just 45 rushing yards per game, ranking first in the NFL. They lead this category by a sizable amount, with the next closest being the Denver Broncos allowing 59.3 rushing yards per contest.

The Panthers are not just simply dominating their opponent’s run games, however. They are shutting down opposing offenses entirely.

It should be noted that the Panthers have had a relatively easy schedule to this point, playing the New York Jets, New Orleans Saints, and Houston Texans.

None of these teams rank higher than 24th in terms of yards per game offensively, so take some of Carolina’s defensive statistics with a grain of salt.

It goes without saying, however, that Sunday’s matchup will be dictated at the line of scrimmage. It will be grit and grind effort for both teams in an effort to control the run game and narrative of the matchup.

Dominating the run and time of possession will be especially important for the Cowboys, as the Panthers are among the most balanced teams on both sides of the ball in the league.

The less time Carolina’s offense spends on the field and the more time Dallas spends chewing time off the cock, the better it bodes for them.

If Prescott, Elliott, and Pollard maintain the level of play they have displayed through the past three weeks, they are in good shape heading into their second home matchup. 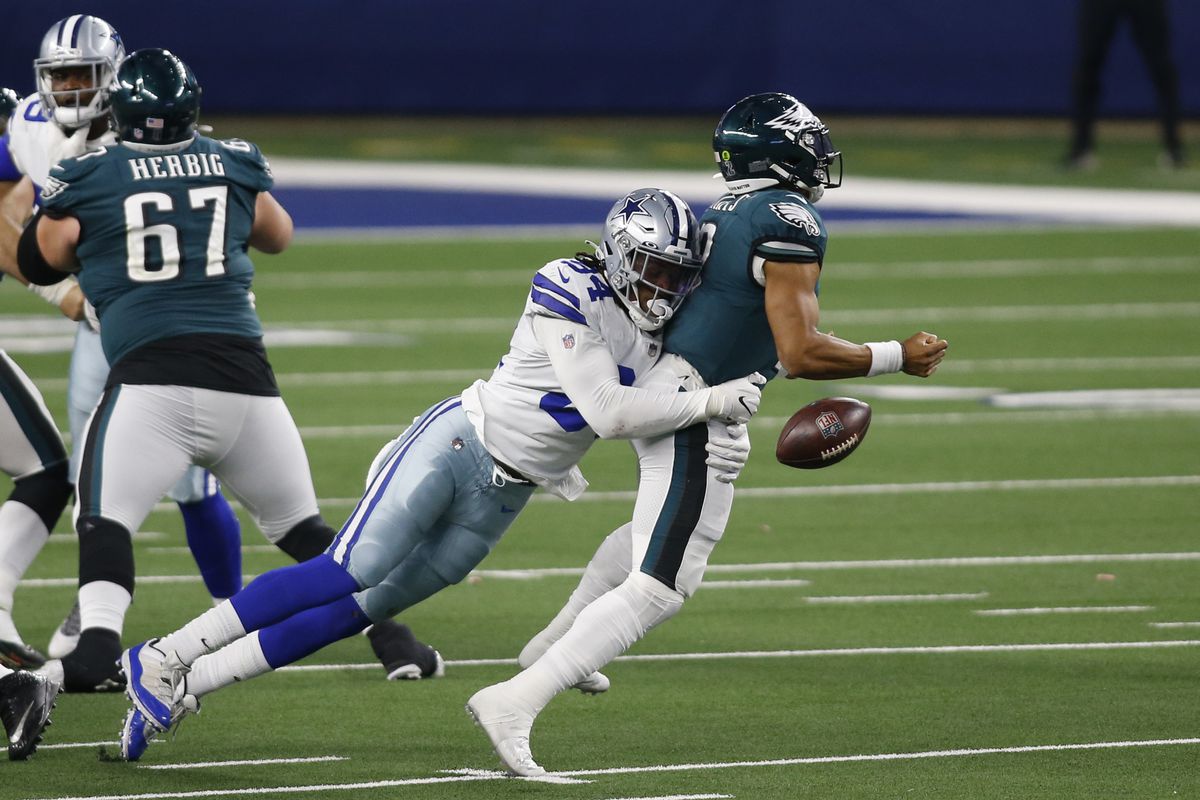 There isn’t enough to be said about the progression of the Dallas Cowboys’ defense efforts through just three weeks of the season.

After tallying two more interceptions on the year, the Cowboys remain atop the NFL for total takeaways with eight.

Dan Quinn has completely revamped the Cowboys’ defense, and his coaching will be a pivotal point of focus for Week 4.

The Panthers currently rank 10th in terms of total yards in the league and have turned the ball over just twice this year.

The Cowboys’ defense has forced multiple turnovers in every game this year. It will be pivotal that they do the same against Sam Darnold, who has thrown just one interception this season.

Names like Micah Parsons, Trevon Diggs, and Jayron Kearse have been the spotlight of the Cowboys’ defensive presence this season. Their efforts will be crucial to producing more success for the unit in Week 4.

Even in spite of another great defensive showing from the Cowboys Monday night, there is still considerable room for improvement. They remain facing a multitude of key injuries and have allowed the 26th most yards per game in the league.

They certainly have not done a bad job, however, as they have allowed just the 13th most points per game in the league at a respectable 23.0.

If the points produced from Dak Prescott’s fumble in the endzone against the Eagles are exempt, the unit is only allowing 20.7 points per game in actuality.

Through three games, the Cowboys are averaging 30.0 points per contest. If the defense can keep the Panthers, who are averaging 23 points per game, within this scoring range, they are in great position to help the team improve to 3-1 on the season.