Should Jalen Brunson Start For The Mavericks?

The Dallas Mavericks have been plagued with injuries early this regular season. Big men Maxi Kleber and Kristaps Porzingis have both missed multiple games for Dallas, including a blowout loss to the Miami Heat last Tuesday.

Jalen Brunson has since stepped into the starting role for the Mavericks, and he delivered big time.

In his first start against Miami, Brunson dropped 25 points on 76.9 FG%. While an outstanding performance, it wasn’t enough to get Dallas over the top. However, his showing against the San Antonio Spurs proved he can be a difference-maker in the starting lineup.

Jalen had 31 points while shooting 52.9%, including 13 points in the final 4:09 seconds of the game in San Antonio. In the fourth quarter, Brunson shot a perfect 5-5 from the floor. It’s undeniably an encouraging sign, as the Mavericks often have to rely on phenom Luka Doncic to be the closer. This time, Luka would play off-ball to Brunson in the fourth quarter and let him continue his late-game dominance.

Kidd stated after the game that Brunson is “making a case” to enter the regular starting lineup, even with a healthy Porzingis.

After five missed games, KP returned against the Boston Celtics. As a result, Brunson was ultimately moved back to his sixth-man role, where he logged 13 points and five assists in 34 minutes. His impact as a starter, though, did not go unnoticed. In his two appearances as a starter, Brunson averaged 29.0 points, 8.5 rebounds, and 3.0 assists per game. 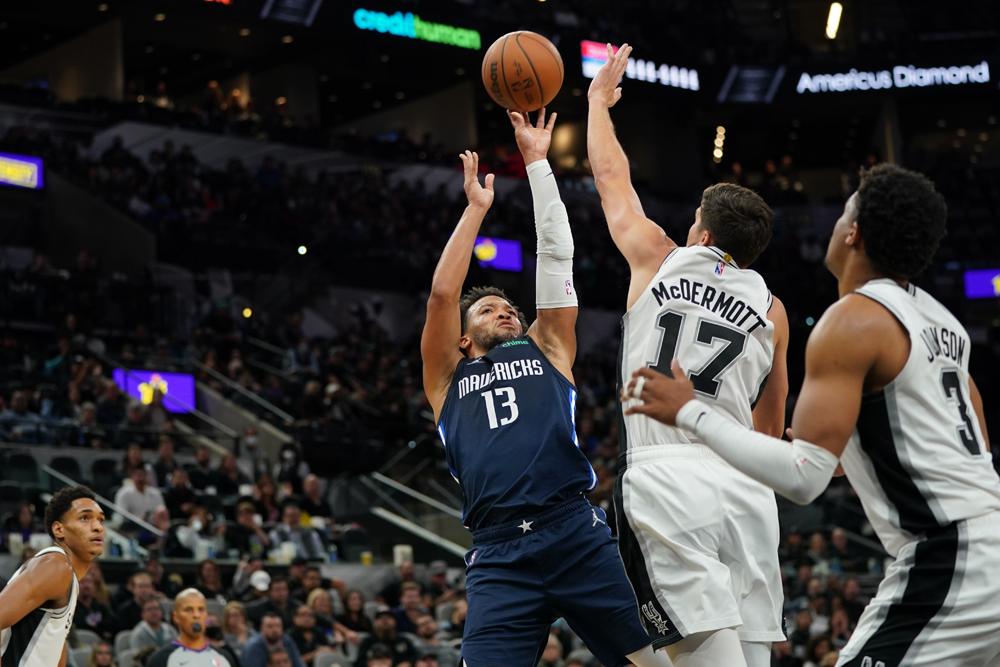 The Mavericks will have a decision to make soon. Not just with how the starting lineup will look, but with Brunson’s rookie contract ending at the end of the season. If they choose to keep him, they’re more than likely going to have to pay him a hefty amount.

Whether they decide to keep him or not, Brunson is earning every dollar of his upcoming contract.