Morey Gets His Man, Russ Stays, as Do Grant and Harris

The Portland Trailblazers got an early start in the rebuilding process while Damian Lillard recuperates from abdominal surgery, trading away C.J. McCollum, Larry Nance Jr., Norman Powell, and Robert Covington in separate deals to kick off a flurry of activity in the week leading up to today’s trading deadline.

Meanwhile, sensing what I have sensed – that Portland won’t be able to lure big name talent to its rainy, gloomy city – multiple teams reached out to the Trailblazers before the deadline to gauge Portland’s interest in moving Lillard (or, more appropriately, Lillard’s interest in moving on from the Blazers), according to Marc Stein. 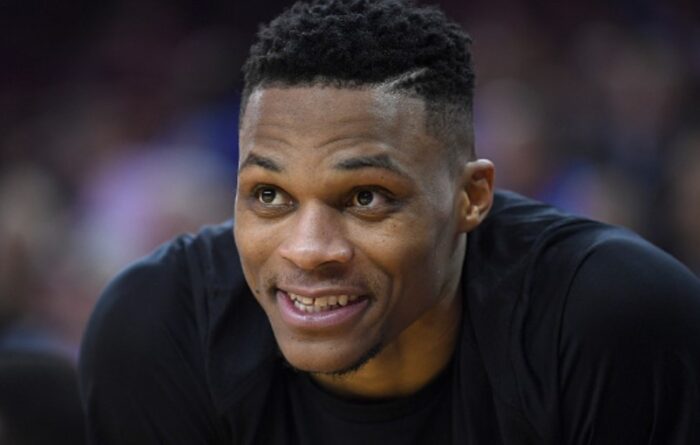 Meanwhile, Russell Westbrook remains a Los Angeles Laker, meaning maybe the back tightness is a real thing, while James Harden’s hamstring will likely suddenly be okay come tomorrow night’s game against the Oklahoma City Thunder; Jerami Grant remains in Detroit and a part of the Pistons’ plans going forward; and #VFL Tobias Harris remains in the Philadelphia 76ers’ rotation along with long-time rumored and newly-acquired Harden as the Sixers make a push for Eastern Conference dominance.

But who are the actual winners in the 2022 trade season?

In my opinion, the team winners are (1) the Cleveland Cavaliers, (2) the Brooklyn Nets, and (3) the Dallas Mavericks. Honorable mention to the Charlotte Hornets for nabbing Montrezl Harrell.

As for players, I have (1) Serge Ibaka (going to the Bucks), (2) Derrick White/Daniel Thies for landing in Boston, and (3) Seth Curry, even though he wasn’t the biggest name in the Brooklyn-Philly deal, may have a sizeable impact.

Breaking each trade down …

Getting Powell gives the Los Angeles Clippers a nice complement player to Kawhi Leonard and Paul George, if the two ever get past their persistent injuries, load management, health and safety protocols (which Olden Polynice and I have called out as the ‘new load management’). Powell is averaging 18.8 points through 42 games this season, shooting 40 percent from the field, and 80.8 percent from the line. That trio, with the maturation of Reggie Jackson, Terence Mann, and Ivica Zubac could make the Clippers formidable again. 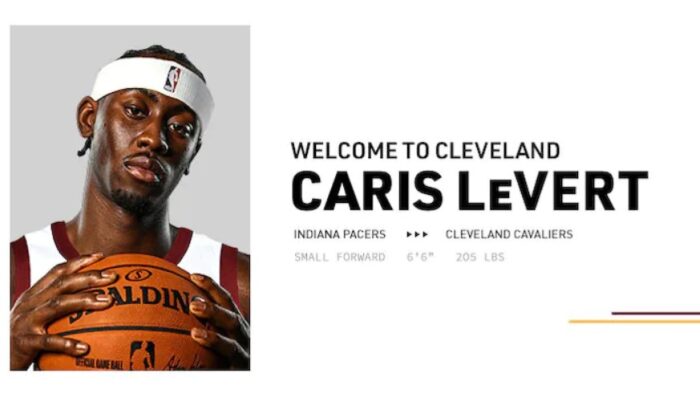 Lost in this flurry of trades this past week is the fact that the Cleveland Cavaliers picked up a championship-experienced point guard in Rajon Rondo from the Lakers when Ricky Rubio suffered his season-ending torn ACL. Now, general manager Koby Altman sheds Rubio’s contract for the Indiana Pacers’ Caris LeVert (18.5 points a game through 40 games this season), pumping more adrenaline into Cleveland’s already dangerous offense, and pairing LeVert with former Brooklyn teammate Jarrett Allen. If anyone knows how to get through adversity, it’s these two, who kept the Nets afloat before Brooklyn assembled their super roster. Don’t sleep on the Cavaliers.

Newly-anointed general manager Joe Cronin is definitely trying to make his mark, though the activity he’s initiated and executed this week remains to be seen as productive, except fiscally. We’ve known all along that the Lillard-McCollum back court was coming to an end, as teams like Philadelphia had their eyes on both players at certain times. I’m still having a hard time believing either Cronin OR Lillard are going to be successful in recruiting people to the Rose City. Right now, it’s tough to tell who has done more damage to Portland – Cronin or Antifa. The edge is with Cronin currently, as he burns down a legendary organization for a guy who is likely to leave anyway and/or as a result of this past 10 days. 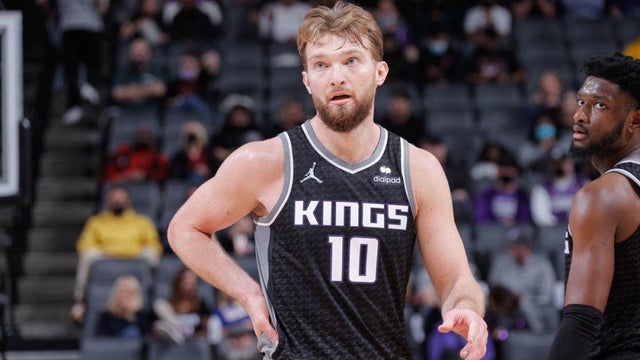 Secretly, this may have been the best trade of deadline week, since the Sacramento crowd seemed to truly get behind its newest stars in last night’s 132-119 win over the visiting Minnesota Timberwolves and their All-Star, Karl-Anthony Towns. Domantas Sabonis (19.0 points, 12.1 rebounds, 5.0 assists this sseason) complemented Harrison Barnes’ 30 and De’Aaron Fox’s 27 with 22 points and 14 rebounds in his debut at Golden 1 Center. Indiana doesn’t play until tomorrow night when they host Caris LeVert and the juggernaut Cleveland Cavaliers, when Buddy Hield (14.4 points per game) – who is shooting ahead of Golden State’s Stephen Curry from behind the arc – will hopefully make his Pacers debut. 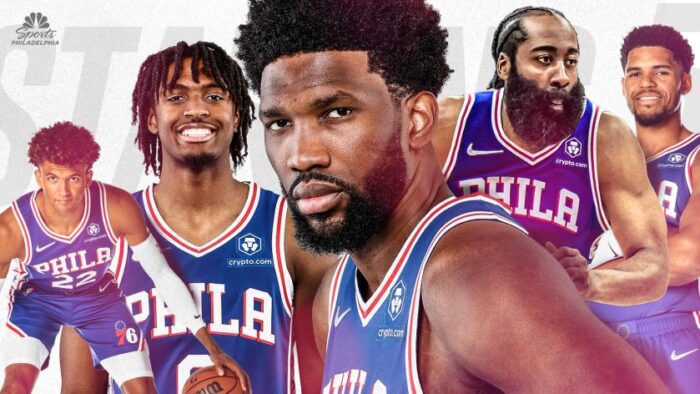 Ahh, the blockbuster everyone has been waiting for and salivating over like a wolf in a Tex Avery cartoon (okay, maybe the salivating was just Daryl Morey). While I believe this will surely generate buzz and put butts in seats in the Wells Fargo Center, I still feel James Harden is nothing more than a malcontent distraction. And while I’ve never been a big Ben Simmons guy – nor the way he pouted his way into and out of this situation – I am looking forward to seeing how he comes out of this thing and establishes his NBA legacy once and for all. Brooklyn, to me, is now a contender for unloading the distraction of Harden and acquiring a shooter like Seth Curry and big man Andre Drummond, who is miles better than DeAndre Jordan has been. Also, Morey was able to get his guy without giving up young talent like Tyrese Maxey or Matisse Thybulle. Sadly, DeAndre Bembry is being waived to make room on the Nets roster. The real winner, though? The liquor stores and strip clubs in Philadelphia … lest we forget, the temptation and distraction of Atlantic City is also but 62 miles away … 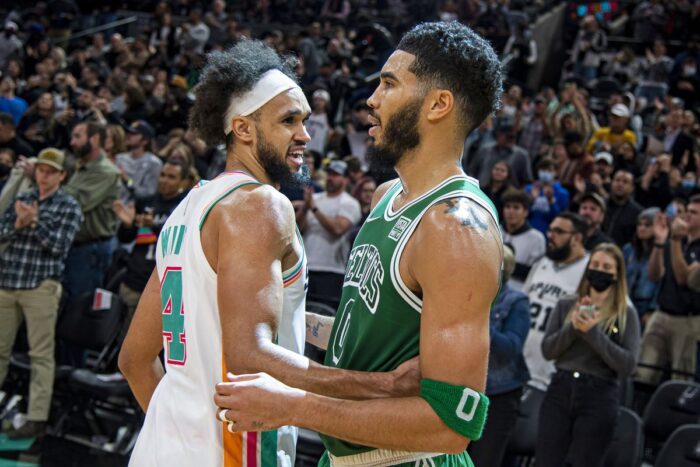 Perhaps Brad Stevens knows what he is doing after all. Though the Boston Celtics have gotten off to a rocky start in Stevens’ first year in the President of Basketball Operations position and first year off the sideline, he was able to bring fan favorite Daniel Thies back – proving that bringing Al Horford back wasn’t the best move – and acquiring San Antonio guard Derrick White (14.4 points, 5.6 assists this season). I know Horford played center at Florida and had moderate success in Atlanta in Mike Budenholzer’s system, but why do teams – especially the Celtics – think he’s an NBA center? Furthermore, if he was that effective for Coach Bud, why hasn’t he ever been lured or traded to Milwaukee? Best thing is, Stevens got through his first trade deadline without busting up the trio of Jayson Tatum, Jaylen Brown, and Marcus Smart. Let’s see where they go from here – I think they’re back in the mix. ALSO: See trade below …

I was excited about this one for 10 minutes, because I really thought with the acquisition of Goran Dragic in this trade, and Tomas Satoransky in the trade below, the San Antonio Spurs might have pulled off the steal of the day, giving head coach Gregg Popovich this generation’s version of Tony Parker and Manu Ginobili in a potential pairing of Dragic and Satoransky. After all, we’re talking R.C. Buford here. Alas, the Spurs are expected to buy Dragic out and he is expected to get love from the Chicago Bulls, Dallas Mavericks, Los Angeles Clippers, and Milwaukee Bucks. My feeling is if he wants a ring, then it’s Milwaukee; if he wants camaraderie, it’s Dallas. But I think his heart is still in Miami.

San Antonio getting Satoransky is analyzed above, but while Nickeil Alexander-Walker would have been a solid backup for Lillard in Portland, he will now be in that role behind Mike Conley in Utah. Ingles was a fan favorite in Salt Lake City and will be sorely missed; this was a fiscal move through and through for Cronin in Portland as Ingles is nothing more than an expiring contract. 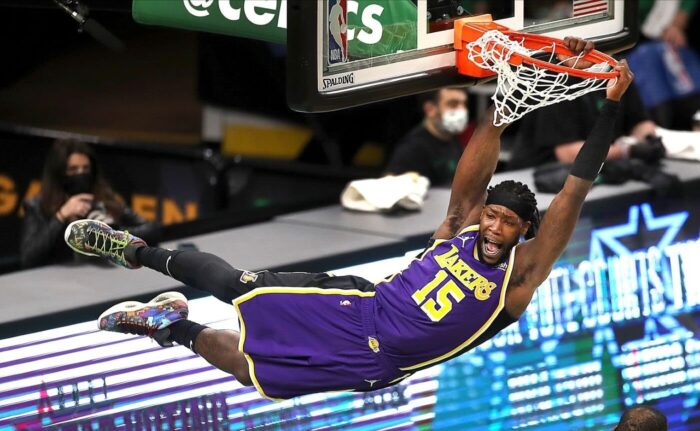 I love this trade, as long as Montrezl Harrell brings the ferocity he had in L.A. and the energy he provided the ragtag crew in Washington, who were all playing well through assimilation at the beginning of the season. I believe Harrell’s energy and athleticism matches LaMelo Ball’s, and he will be a bigger-than-expected complement to the Charlotte Hornets. 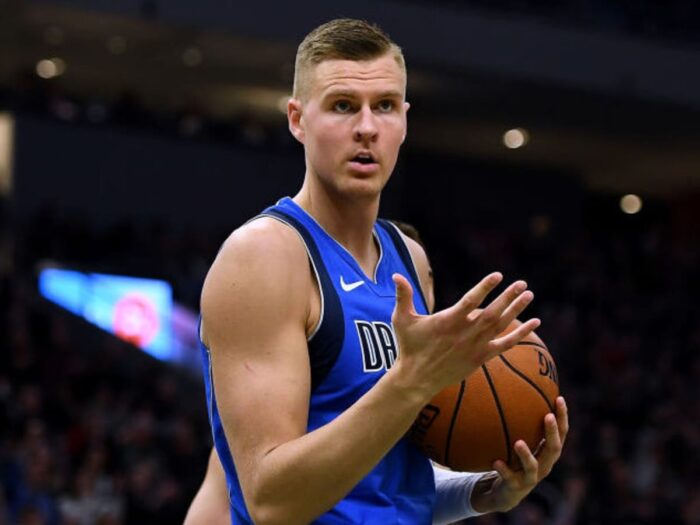 Sorry, KP – but Dallas is the winner in this swap. It simply never worked out as Porzingis wanted the limelight in Dallas alongside Luka Doncic. Well, now he can have it in Washington, though I think Rui Hachimura has more upside. Porzingis needs this to be the move that shakes him up and makes him the player the New York Knicks hoped he would be when they drafted him fourth overall in 2015. For the Mavericks, getting a shooter like Davis Bertans and an overall stat machine like Spencer Dinwiddie is never bad, especially considering what little you gave up in return in distraction and inconsistency in Brooklyn before the super team was assembled.

Though these were two separate deals, I have to tip my hat to Phoenix for getting Torrey Craig back for what they hope to be another run at the reigning champion Milwaukee Bucks – both tonight in Phoenix, and in a hopeful run at the NBA Finals later this year.

This swap is hardly worth mentioning because Bol Bol and P.J. Dozier are both out injured; so kudos again to Brad Stevens, this time for unloading payroll instead of eating it.

The biggest multi-player swap of the day allowed the Sacramento Kings to unload Marvin Bagley III, bringing back memories of Nemanja Bjelica playing ahead of Bagley under former coach Dave Joerger (hint, hint Bagley) and now underscores that Bagley may have been the biggest draft bust since Andrew Bennett, Darko Milicic, Hasheem Thabeet, and Adam Morrison (though Milicic and Morrison have rings). Donte DiVincenzo makes the Kings’ roster a little more energetic, though nothing this dysfunctional office has put together will ever rival the roster of Chris Webber, Jason Williams, Bobby Jackson, Peja Stojakovic, Doug Christie, Hedo Turkoglu, and Vlade Divac (the player, not the team exec), which was well-coached by Rick Adelman. However, I firmly believe with this trade and the acquisition of Sabonis, Lamb, and Holiday a couple days ago, general manager Monte McNair has given head coach Alvin Gentry something to work with. Let’s hope that the front office in SacTown can keep their fingers out of the pie for awhile.

This move also gives Serge Ibaka a legitimate second chance at a ring as a member of the Milwaukee Bucks, which I applaud because he is the only former member of the 2012 Western Conference champion Oklahoma City Thunder who won a championship on his own merits and team merits by not jumping onto a super team via free agency.

I still hold out hope that Russell Westbrook and James Harden get their chances at rings. 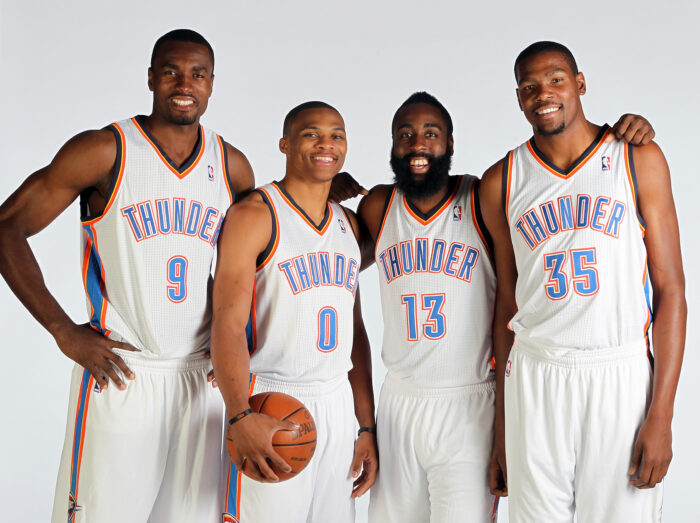 But that means people have to get off of Russ’ ass and let him be him in the right situation (L.A. isn’t it) and it’s hard for me to believe that Harden ever eurosteps his own ego and sees the proper path is through teamwork.

With FanDuel, Draft Kings, BetMGM, Caesar’s, and Wynn out there – what’s the running line on when Joel Embiid posts an ‘RIP Bozo’ meme about Harden?

What Now, Portland?
TBL’s Owensboro Thoroughbreds Chomping at the Bit