Every kid who grows up in a small town dreams of the day they can go back home and show they’ve made good with their life and career. 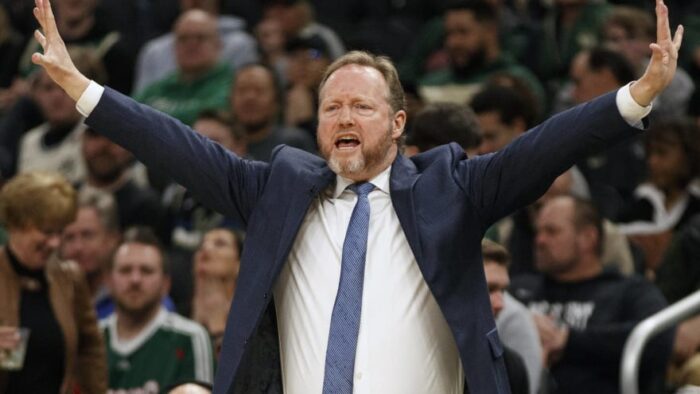 Holbrook, Arizona native and Milwaukee Bucks head coach Mike Budenholzer looked to do just that last night in Phoenix, as his Bucks made their first NBA Finals appearance since 1974, taking their first shot at a championship since 1971.

The northeastern Arizona native is no slouch – he’s a two-time NBA Coach of the Year and a four-time NBA Champion as an assistant coach with the San Antonio Spurs – plenty of rings to bring to a series that featured no prior NBA championship players.

(Jae Crowder played in last season’s asterisked NBA Finals in the bubble as a member of the Miami Heat).

Unfortunately, he got outdone by a kid from Clemmons, North Carolina who’s been licking his chops for a shot at an NBA Championship for 16 years, as Chris Paul and the Phoenix Suns went scorched earth in a 35-27 third quarter to take Game One of the NBA Finals by 13 points, 118-105.

But last night, Coach Bud was outcoached by a young man from Fredericksburg, Virginia in Phoenix head coach Monty Williams.

Williams’ synchronous substitutions in the second half, along with his wisdom to allow Paul to take the reins in calling and executing plays in between the lines, were just as crucial to Phoenix’s first Finals win in 28 years as Paul’s 32 points, nine assists, and four rebounds.

From the first crack of dawn in the Valley of the Sun, all eyes were on the 26-year-old two-time Most Valuable Player from Athens, Greece. Giannis Antetokuonmpo went from questionable to probable to starting forward for Game One all in the space of about 12 hours on Tuesday. 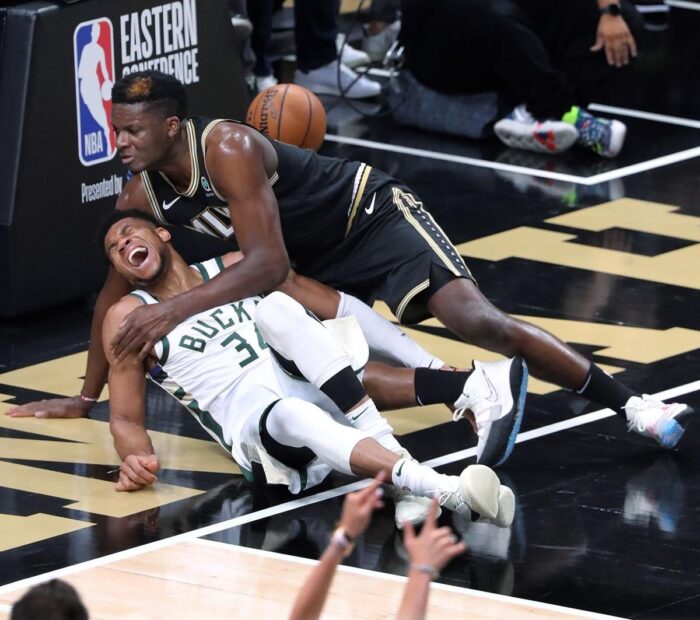 Antetokuonmpo – who had hyperextended his knee a week ago in an incident with Atlanta’s Clint Capela that looked worse than it ended up being – came out looking like a man on a mission, albeit still more a sidekick to Khris Middleton than the lead player in a dynamic duo.

The Greek Freak finished with a solid 20 points and 17 rebounds, while Middleton topped the Bucks with 29 points, seven rebounds, and four assists. Jrue Holiday flirted with a triple-double with 10 points, nine assists, and seven boards.

And while that’s impressive, it is Paul’s experienced leadership that’s been most impressive throughout Phoenix’s blistering run through these playoffs. In Game One, Paul led by example, directing the game, dishing dimes, and seemingly scoring whenever he wanted. 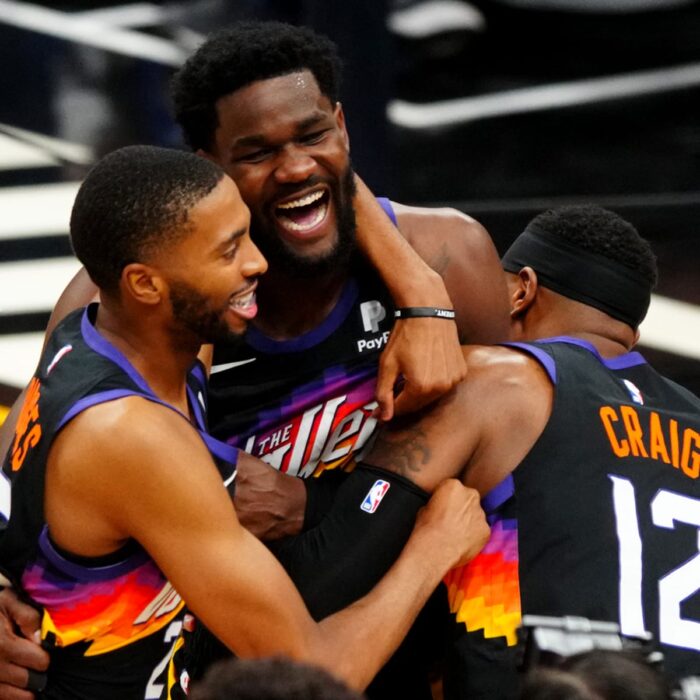 Deandre Ayton, who went to high school in Phoenix and played collegiately down the road in Tucson at the University of Arizona – looked very much improved, as he has all year, than the guy who spent 25 games of last season suspended for testing positive for a diuretic, and only notched 38 games in the COVID-shortned season and bubble.

There were those who argued as to whether his selection as the first overall pick in 2018 was justified.

This season, he got in 69 games, and while he averaged fewer points and rebounds than in 2020-21, he most certainly improved his basketball IQ.

Credit that to Paul’s omnipresence in the locker room, practice courts, and game situations, where he fed Ayton in the paint and Ayton scooped it up like a hungry bird in a field of breadcrumbs.

Then there’s the Second Coming of Kobe Bryant – Devin Booker. The shining star from Grand Rapids, Michigan finished the night with 27 points, six assists, and three steals, scoring 10 of his points in 10 trips to the charity stripe last night.

And while he’s not yet at Bryant’s level, remember we’re talking about the first Suns player to record consecutive 38-point games, the youngest player (at 22 years of age) to notch consecutive 50-points games, and yet a talent who was rumored to be unhappy in Phoenix and talked about in trade rumors less than a year ago (summer 2020) in numerous sports sites and publications.

Well every adversity, every failure, every heartache, every disappointment carries with it the seed of an equal or greater benefit.

Show me someone who has done something worthwhile and I’ll show you someone who has suffered the slings and arrows of adversity, stared it in the face, and knocked down a 26’ three-pointer.

Crowder failed to show offensively, shooting 0-for-5 from downtown and 0-for-8 overall in a gym that is his home court, but made up for it defensively to help the Suns win convincingly in the Finals’ first game. Cam Johnson and Cam Payne contributed 10 points apiece.

Bud may have the four rings, the pedigree, the two-time MVP, a Defensive Player of the Year, and a couple of All-Stars (in Middleton and Antetokuonmpo) …

But the Suns have the first All-Star duo in Paul and Booker since Amar’e Stoudemire and Steve Nash (in 2010), home court advantage, and a coach who has both service to others and redemption in his sights this July.

And they’re a quarter of the way there with Game Two set for Thursday night at 9 p.m. EDT