The Milwaukee Bucks now have to win four of the next five games … certainly the two back in Milwaukee on Sunday and Wednesday for starters.

It’s not like they haven’t done it before, besting the All-Star laden Brooklyn Nets in seven games, including Game Seven on the road in the Barclays Center.

However, the way the Phoenix Suns are playing, it may be tough to erase the TBDs from the NBA Finals schedule of seven potential games.

And Milwaukee has bigger problems … they need to figure out their identity as a team. Waiting until you’re down 0-2 in the NBA Finals may not be the best time to do it. But they have to do it … 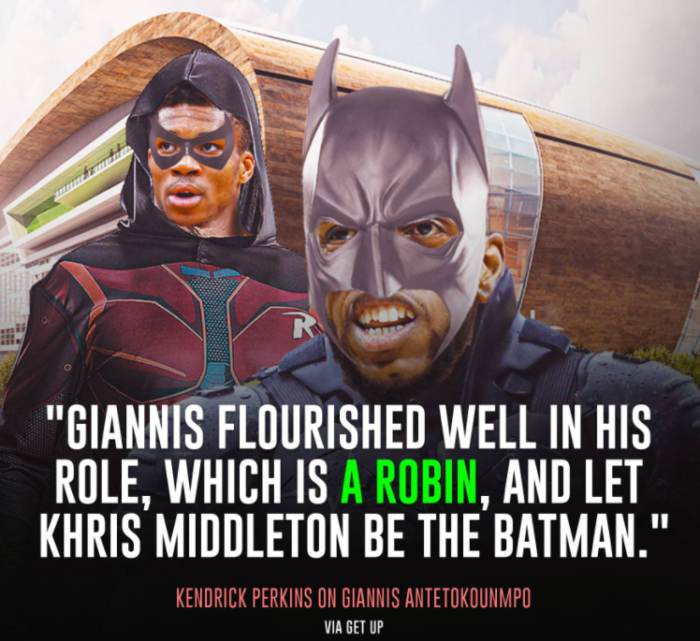 Throughout much of the season, it could be argued that Khris Middleton made the Bucks his team, with big game heroics throughout the regular season, and certainly in the playoffs. Middleton finished the regular season with 20.4 points per game, six rebounds, and 5.4 assists, just a shade fewer than his 2019-20 campaign.

Looking just at statistics, it would certainly appear Antetokuonmpo is ‘Batman’ and Middleton is ‘Robin,’ cut and dried.

After a 42 point, 12 rebound night last night – which included a 20-point third quarter where Antetokuonmpo did everything but don a cape – the argument could be closed, right?

Versus the hard fought series against the Nets, Middleton went 30+ twice, dropping 35 in Game Three (an 86-83 Milwaukee win) and 38 in Game Six, where the Bucks set off the decisive Game Seven with a 104-89 punishing win.

Antetokuonmpo showed why he was a two-time MVP during the Brooklyn series, leading the Bucks in scoring emphatically with all but one game scoring over 30 points, and hitting 40 in the 115-111 win that sent the packed Nets packing.

In the Eastern Conference Finals against the upstart Atlanta Hawks, Middleton went 30+ in Games Three and Six again, both Milwaukee wins, the latter less than a week ago, pushing the Bucks to their first NBA Finals in 47 years. Antetokuonmpo scored 34, 25, and 33 in the 2-1 jump on the Hawks, before going down in the middle of the third quarter with a scary-looking hyperextension of his knee.

Then, it was up to Middleton and Jrue Holiday to carry the load, albeit light, as Atlanta’s Trae Young was out for Game Four with a bone bruise, and was never the same through Games Five and Six.

It has been Middleton’s emergence in the playoffs that gave the perception that Antetokuonmpo doesn’t have what it takes to be ‘the guy’ on the Bucks, or any team.

But The Freak was certainly a freak in Phoenix last night.

Middleton shot a horrendous 5-of-16 for a meager 11 points. He was outdone by Holiday, who arguably had a horrible night at 7-for-21 and 17 points, and Pat Connaughton’s 15 on 50 percent shooting.

There were mirages on I-10 with more substance than Middleton’s game.

This loss hurts, and it falls squarely on The Invisible Man’s shoulders. He and Antetokuonmpo may have to drop 75 together in more than one game for the Bucks to win four of the next five.

Hell, for the Bucks to win at home. I know I’m not the only one who watched Antetokuonmpo wince and grab that knee more than a few times. 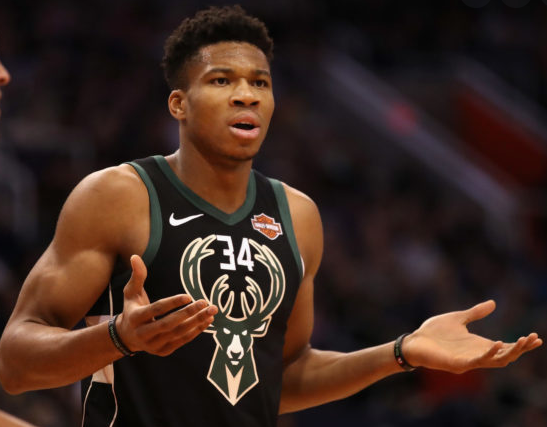 He may have the lungs to play 40 minutes a night – but that knee won’t last, despite three days of rest between Game Two and Three, and another three days between Three and Four.

The Milwaukee Bucks are in a bigger hole than we think. In the next 2-5 games, Middleton has chances to settle the debate … or settle for a role as a bit player and cede stardom to Antetokuonmpo. How the Bucks fare depends on how Middleton bounces back.

In the end, despite their game opening defense and Antetokounmpo’s Game Two heroics, the only thing that Milwaukee gained on Phoenix from Game One to Game Two was three points.

That slow of progress isn’t going to win them any games, much less their first championship since 1971.

But it will be for the Suns … who have the comfort and confidence of a 2-0 lead in their first NBA Finals in 28 years.