Why Was Coaching Legend Phil Jackson So Disappointing As President of the Knicks? 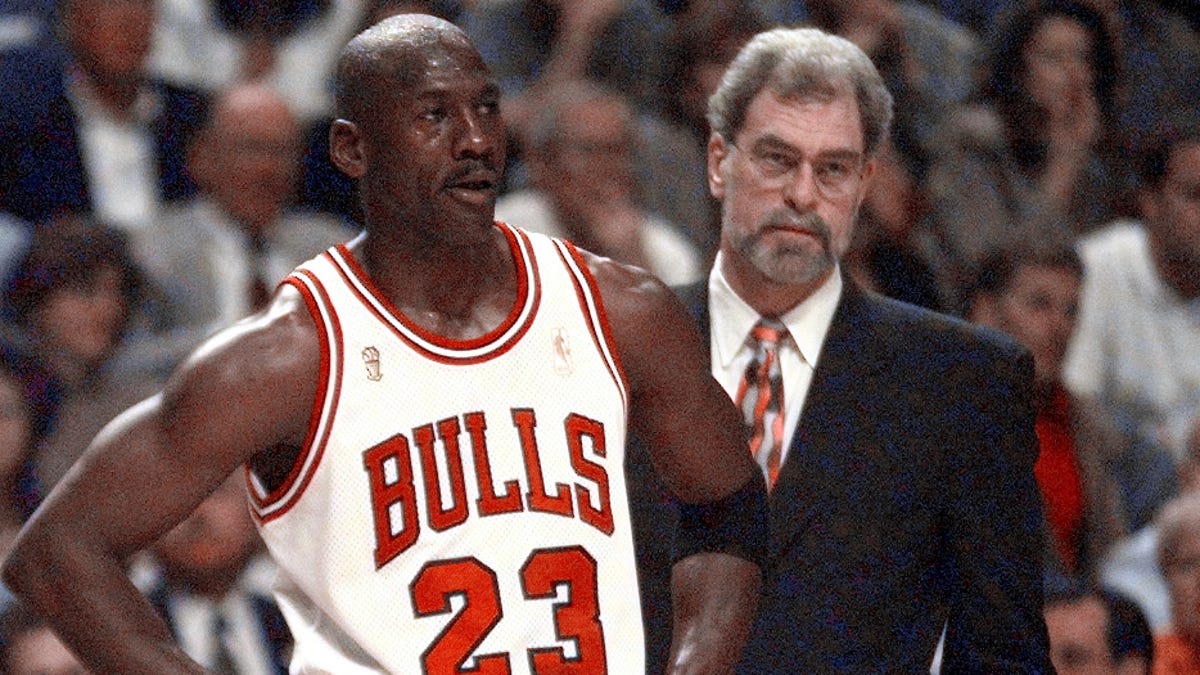 Those who watched ESPN’s The Last Dance have gotten an inside look into Phil Jackson’s legendary abilities coaching the Chicago Bulls. As a player and coach, Jackson combined to win 13 NBA titles, the most in NBA history. Considering how successful Jackson has been his whole career, why was his tenure with the New York Knicks so disappointing?

The Knicks won 52 games during the 2012-13 season and advanced to the Eastern Conference Semifinals led by Carmelo Anthony. However, the Knicks regressed during the 2013-14 season by finishing with a 37-45 record and missed the playoffs.

Jackson was named President of the Knicks in March 2014. Jackson took over a club with 29-year old Carmelo still in the prime of his superstar career, but 31-year old Amar’e Stoudemire was no longer the star he once was. It was clear that New York’s core of Carmelo, Stoudemire, and Tyson Chandler was not enough to be viable contenders.

When Jackson came into the fold, he slowly dismantled the Knicks playoff core. He traded Chandler and Raymond Felton to the Dallas Mavericks during the summer of 2014. After getting rid of the two starters, Jackson resigned Carmelo to a five-year deal.

The 2014-2015 Knicks were the worst team in the Eastern Conference after Carmelo missed half the season because of knee surgery. Jackson’s first full season in New York saw the Knicks finish a franchise-worst 17-65.

The Knicks franchise rarely rebuilds but Jackson wanted to start from scratch and build his own team around Carmelo. But, bringing back Carmelo meant that Jackson could not take his time rebuilding. He needed to turn over the Knicks roster quickly and aggressively to get the team competitive during Carmelo’s prime.

The Knicks should have accumulated a deep roster of high upside young talent during the first couple of seasons of Jackson’s tenure, as a productive rebuild does. Carmelo on the roster meant that the Knicks didn’t have the time to give a rebuild more than a year and give the process the patience it needs to be done productively.

Rebuilding was the smart and appropriate move for Jackson to make but attempting to do it while retaining Carmelo seemed like a potential conflict of interest. Jackson’s plan was at odds with each other and prevented the Knicks from building a deep talented young roster with long term assets while simultaneously building a roster in the short term that can be adequately competitive. The Knicks couldn’t commit to either strategy and were stuck in an unproductive in-between.

For having such a terrible 2014-15′ season, Jackson and the Knicks were rewarded with the fourth overall pick in the 2015 NBA Draft. Jackson picked a 7’3 19-year old Kristaps Porziņģis.

Porziņģis was easily the best transaction made under Jackson’s time with the Knicks. New York had their best draft pick since Patrick Ewing in the 1985 Draft. Jackson drafted a franchise player who could be an important piece on the next playoff-competitive Knicks team.

Going into the 2015-16′ season with Carmelo and Porziņģis on the roster, Jackson had two pieces he could build a team around. The rest of Jackson’s squad featured José Calderón (who they acquired from Dallas in the Chandler trade) and newly signed Arron Afflalo (two years/ $16 million), Robin Lopez (four years/ $54 million), and Derrick Williams (two years/ $10 million).

Jackson built the 15-16′ team with mediocre talent around Melo/Porziņģis and the Knicks finished 32-50 as the 13th seed in the East. While the team improved from winning only 17 games in 14-15′, the Knicks were still a bad team and didn’t acquire any players that could help them become a playoff-caliber team.

Year 3 of the Jackson era saw a serious attempt to try to turn the Knicks into a playoff-caliber team. It failed in glorious fashion.

The 2016-17′ Knicks had Melo/Porzingis combine to average 40 points a night, but the rest of the roster was awful. Jackson gave 31-year old Joakim Noah a four year/ $72 million dollar contract which is a classic “Lol fail” Knicks move. Jackson also gave Courtney Lee a generous four year/ $48 million dollar contract and resigned Lance Thomas for four years/ $27 million. To top off his roster, Jackson traded Calderón, Robin Lopez, and Jerian Grant to the Bulls for Derrick Rose and Justin Holiday.

The Knicks 2016-17′ starting lineup consisted of Rose, Lee, Carmelo, Porziņģis, and Noah. After tearing down the Knicks’ former playoff roster and building his own Knicks team, now with three years left on Melo’s contract, this was Jackson’s playoff competitive team.

It failed brutally. The Knicks finished 31-51 while sporting the 11th-highest payroll in the NBA. After increasing payroll significantly from 2015-16 to 2016-17, the Knicks did not improve their record.

Joakim Noah ended up only playing 46 games while averaging 22 minutes a night on a $17 million dollar salary. Rose found success as the Knicks’ starting point guard by averaging 18 PPG and 4.4 APG, but he clearly wasn’t the star he once was. Acquiring Rose and Noah gave the Knicks a major 2010 Bulls feel, except the players were just six years older (I’m shocked Carlos Boozer never found his way onto the Knicks).

Jackson’s 2016-17′ Knicks looked a lot like other failed Knicks team from the last two decades: an expensive roster with big names that finished towards the bottom of the standings. After three seasons of trying to create a playoff-caliber team around Melo, this was the best that Jackson could do.

After drafting Frank Ntilikina as the 8th overall pick in the 2017 Draft, the Knicks parted ways with Jackson during the summer of 2017.

Jackson’s tenure as President of the Knicks was doomed from the beginning. For being such a brilliant basketball mind, Jackson showed no ability that he knew what he was doing while running the team. Jackson could not commit to one strategy while revamping the Knick’s roster.

Jackson should have rebuilt when he took over and traded Carmelo in his prime for an elite haul of prospects and draft picks. Resigning Carmelo for five years made no sense given the state of the Knicks roster in 2014. He should have never tried to create a competitive team during his first few years as an executive because the roster was never good or deep enough to make any kind of playoff run.

Jackson left the Knicks with two years/ $54 million remaining on Carmelo’s contract and was traded shortly after Jackson was replaced. The Knicks began an actual rebuild that still continues to this day. All Jackson’s tenure did was delay that actual rebuild back four seasons.

It wasn’t all bad (even though most of it was). Porziņģis was a phenomenal draft pick who should’ve been the face of the Knick’s rebuild. Jackson was putting the team in the right long-term direction by drafting Porziņģis, but even Porziņģis wanted out of the Knicks’ toxic organization.

Had Porziņģis decided to stick around, fans would look back more fondly of Jackson’s tenure as President of the Knicks. A core of Porziņģis, RJ Barrett, and Mitchell Robinson would have given Knicks fans a great reason to have hope for the future.

If we can learn anything from Jackson’s tenure, it is that half-assing a rebuild can lead to years of wasted seasons. By not committing to a rebuild and impatiently trying to build a team during Melo’s superstar window, Jackson is a big reason why the Knicks are still bad in 2020.