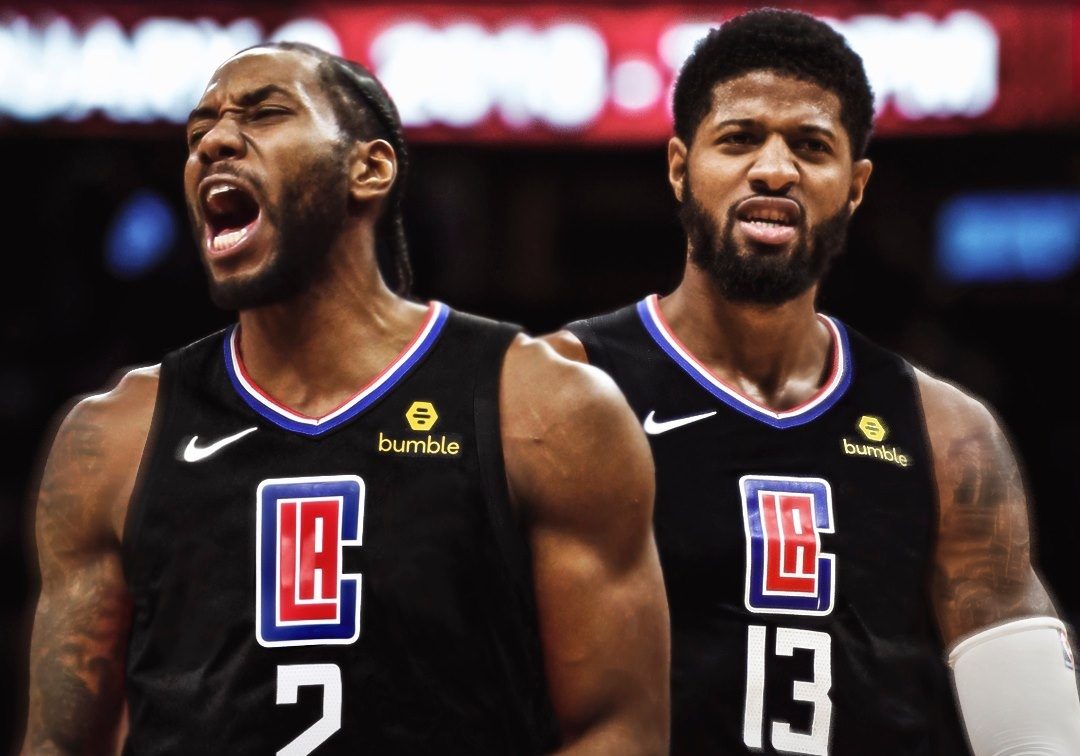 What to Expect: The Los Angeles Clippers defied the odds last year when they made the playoffs as an eighth seed despite trading away leading scorer Tobias Harris halfway through the season. Even more impressive, the Clippers took two games off the fully healthy, defending NBA champion Golden State Warriors including a 31-point comeback road win at Oracle Arena. Now, with the additions of NBA superstars Kawhi Leonard, reigning Finals MVP, and Paul George, third in MVP voting last year, the sky’s the limit. This team has true title aspirations and is the Vegas favorite to win it all this upcoming season.

Strengths: This team has an abundance of strengths. To start, they have two of the ten best players in the league in Kawhi Leonard and Paul George. They have the reigning Sixth Man of the Year, Lou Williams, and the man who came third in Sixth man voting, Montrezl Harrell. This team is insanely deep and figures to be elite on both sides of the ball. Defense may very well be the identity and greatest strength of this team. Leonard is a two-time Defensive Player of the Year winner, George and Patrick Beverley are both revered as elite on-ball defenders and Harrell is one of the most versatile defenders in the league. This team can switch on almost any defensive matchup and not have to worry about a mismatch, a feat very few teams in the league can boast about. Top to bottom, this is the deepest team in the league and they have legendary coach Doc Rivers at the helm, who just showed last year what he could do with a much less talented roster.

Weaknesses: For such a talented team, the only real weakness is chemistry and unfamiliarity. The Clippers had excellent chemistry last year, which was one of their biggest strengths, but adding Leonard and George will change the flow of things in a big way. Both superstars require a lot of touches and shots, so the offensive  pecking order will change quite a bit. Players like last year’s leading scorer Lou Williams will have the ball in his hands a lot less this year and the same goes for pretty much every returning Clipper. With this much talent and depth, it should not be too hard to overcome the initial unfamiliarity with one another and as the season progresses the team should gel more and more.

Top Offensive Player: Paul George was a machine last year, averaging 28 points per game while shooting at a 43% clip. George can take players off the dribble, back them into the post and knocks down jumpers from inside the paint, midrange and three-point range. George has few weaknesses in his offensive skill set and when he’s in a rhythm can be as deadly a shooter as anyone in the NBA. He’s also not afraid to go straight to the rim and finish with authority. Now back fully healthy after successful shoulder surgery in the offseason, George will look to lead this team offensively alongside Kawhi Leonard.

Top Defensive Player: This team is loaded with defensive talent, but Patrick Beverley is on the court because of his defensive prowess. Beverley plays with a nonstop motor and pesters guards as he follows them everywhere on the court. His quick, active hands bother ball handlers and he fears no one, as evidenced by him guarding Kevin Durant on switches throughout the first round of the playoffs last year.

Top Playmaker: The Clippers’ leader in assists last year was Lou Willaims with 5.4 assists per game. This year, Williams will continue to come off the bench and provide instant scoring and play making. With even more weapons on the floor with him this year, his play making abilities could flourish even more. Williams is already an elite off the dribble creator and this upcoming year may look to pass more often than score with Leonard and George on the floor with him.

Top Clutch Player: While Paul George and Lou Williams are clutch shotmakers in their own rights, Kawhi Leonard took clutch shot making to a new level in last year’s playoffs. His epic run was punctuated by an all-time classic game winner in Game 7 against the Philadelphia 76ers, as his fade away rainbow shot over Joel Embiid  bounced on the rim three times before going in. In clutch situations this year, look for the ball to be in Leonard’s gigantic hands.

Best Addition: Real simple. Adding players like Leonard and George is just about as well as any team can do in one offseason. They make this scrappy Clippers team an immediate title favorite overnight. If the Clippers are able to win a championship or two, the pairing of these two may go down as one of the greatest offseason acquisitions of all time. Cue team owner Steve Ballmer laughing maniacally.

The Burning Question: Can they win it all? That is the question. When it comes to this team anything short of hoisting the Larry O’Brien trophy would be seen as a failure. As the Vegas favorites, this team will have a target on their backs all season. Will they be able to gel quickly enough to make a deep playoff run in the wild Western Conference? Only time will tell, but they have a leader who’s done it twice and all the other necessary tools to make it happen. One thing is certain though, it’s going to be one hell of a season for Clippers Nation.