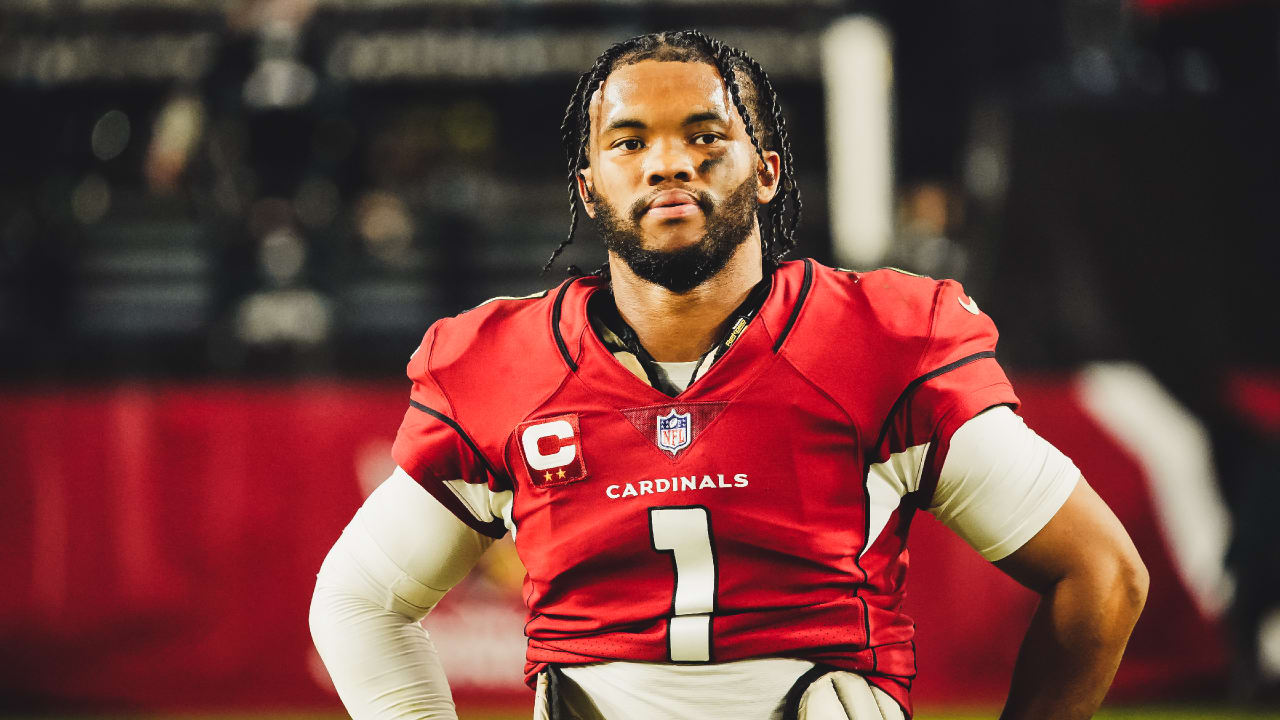 2022 Record: 11-6; Lost in Wild Card Round 11-34 to Rams
Every team that gets hot has to cool off at some point. Some fall harder than others. The Arizona Cardinals started the year off as the hottest team in the NFL. After a tough loss to the Green Bay Packers in prime time, the Cardinals had no more momentum and lost 4 out of their last 5 games. That lack of momentum trickled into the postseason where they lost to their division rivals and eventual Super Bowl champion, Los Angeles Rams. Unfortunately, this isn’t the first time the Cardinals have had an end of season collapse. Many fans wonder if this will become a common theme under head coach Kliff Kingsbury. This season is all about making sure they are good when it counts and hopefully making a run to the Super Bowl.

Marquise Brown: The former Raven came over on a draft day trade deal that completed Brown’s earlier trade request. Brown was very productive with Baltimore having had over 1,000 yards receiving last season. He has improved considerably every year since his rookie season. This will be Brown’s fourth season in the league so if he continues to improve he could be poised for a monster year. With Deandre Hopkins out of the picture to start the season, Brown could start hot and carry that with him all year.

Trey McBride: Tight end has been a difficult position for the Cardinals to figure out. Last season, however, they went out and got Zach Ertz. Ertz had a fairly productive year last year but the Cardinals knew they needed more help. This offseason they drafted Trey McBride with their first pick and he looks to have an immediate impact behind Ertz. McBride was extremely efficient in Colorado State’s passing game, recording over 100 yards in half his team’s games. While Ertz did sign a 3 year extension, McBride looks to be a solid addition in the passing game who will more than likely work his way into more snaps.

Trayvon Mullen Jr.: Mullen was a late trade addition from Las Vegas. He is entering his fourth season in the NFL and is a player with huge upside for Arizona. Arizona only traded a seventh-round pick for Mullen and he has had considerable playing time in his first three years. Mullen struggled with injuries last season but he has managed at least one interception in all three of his career seasons. While it may take him a few weeks to settle in having missed the preseason, a fresh start for Mullen could go a long way.

Chandler Jones: The Cardinals’ all-time sack leader didn’t stick around for a new contract this offseason. Jones had 10.5 sacks last season, but it’s important to note that five of those sacks came in week one of the season. Jones fell off the rest of the year and struggled to get to the quarterback position. The decline seen last season helped make the decision easier for the Cardinals. Chandler signed a big deal with the Raiders and will hope to reach his pre-2020 form.

Christian Kirk: Arizona local Christian Kirk was one of the Cardinals’ best deep threats on the roster. Unfortunately, Kirk has struggled to be consistent and just didn’t take that next step the Cardinals were looking for. Kirk saw improvement last season, coming just 18 yards short of his first 1,000 yard campaign. That improvement helped him receive a market-shattering contract with the Jacksonville Jaguars. While Kirk didn’t become what Arizona hoped in his home state, Jacksonville believes he still can be great given the large contract.

Jordan Hicks: Second in tackles last season for Arizona was linebacker Jordan Hicks. Hicks came over from Philadelphia in 2019 and has exploded ever since. Hicks led Arizona in tackles in his first two years with the team and totaled another 116 last season. Hicks turned 30 this past year and the Cardinals have drafted well the last couple years, so moving on from him made sense. The veteran linebacker instead joins a new regime in Minnesota as he tries to continue his good play.

Keontay Ingram: The Cardinals sixth round pick was very impressive throughout training camp and preseason. He saw solid work in the back field as a runner and a receiver. The loss of Chase Edmonds leaves the second string spot pretty open. Ingram projects to be the second or third string back for the offense and could see some playing time if James Conner can’t stay healthy.

Kyler Murray: The Cardinals starting quarterback signed a big contract extension this past offseason and expectations are high. Murray has improved slightly each year but the Cardinals are looking for him to make that big leap. Murray was very efficient last year but he has yet to throw for over 4,000 yards or 30 touchdowns. Many fans feel for the amount he was paid this offseason that he needs to perform better. With that added pressure from the fans and a big contract signed, this season will be very important for Kyler Murray.

Isaiah Simmons: Third year linebacker Isaiah Simmons progressed significantly over the course of last season. He found himself in the top three in tackles for the team last season and had four forced fumbles along with it. Simmons was the eighth pick in the 2020 NFL draft and expectations for him have been considerably high. That being said, if Simmons progresses further this season it won’t be long before he is considered a superstar on this defense. I expect a big third year for Simmons.

Week 1 vs. Kansas City: The Cardinals start the year with three great teams in Kansas City, Las Vegas, and Los Angeles. Arizona won’t have DeAndre Hopkins in those games due to a six game suspension, so a lot of guys will need to step up for this team to win. Arizona also struggled at home last season and there is no greater momentum boost than beating Patrick Mahomes in your own house.

Week 16 vs. Tampa Bay: The Cardinals have struggled in the back half of the season under head coach Kliff Kingsbury. This game comes late in the year against Tom Brady and this is a game Arizona needs to win in order to be taken seriously come playoff time. Like Kansas City, this game comes at home creating another chance for the Cardinals to improve upon that statistic from last year.

Overall Prediction: The Cardinals had a very quiet offseason where they focused solely on adding depth to this team. They made a few trades adding some key players on both offense and defense. As stated prior, it’s important for this team to keep momentum through the end of the year in order to have any chance come playoff time. It’s also important to remember that this team is still very young and for many players last year was their first playoff game. They may not have seemed prepared then, but none of those players are gonna want that experience again.
If this team takes a big leap forward their ceiling is 13-4 and a NFC Championship game appearance. If they collapse like they did last season the floor for this team is 8-9 considering their tough schedule. I believe Arizona will take a small step forward and won’t collapse late season, but will instead struggle with consistency and finish 11-6 for the second straight year.