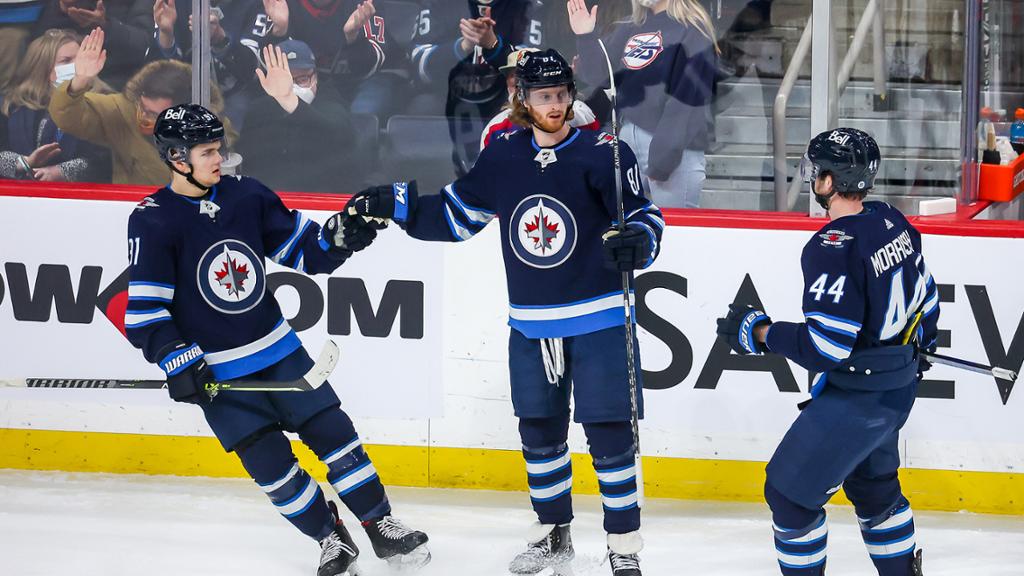 With a quiet off-season and an even quieter 2021-22 regular season, there is little to say regarding the Winnipeg Jets. Hardly making a splash in the league news cycle and only just missing the playoff berth behind the Nashville Predators, it is likely that the Jets won’t make the playoffs this year. But that doesn’t mean we can’t see some improvement from the Winnipeg team moving forward.

The arguably biggest move the Jets made this off-season was re-signing  left winger Pierre-Luc Dubois to a one-year $6 million contract, including $6 million guaranteed. Dubois who played most of his career from 2017 to 2021 with the Columbus Blue Jackets, was signed to the Winnipeg Jets in the 2020-21 season. Yet, his highest career contribution was with the Jets this 2021-22 season with 28 goals and 32 assists, posting 60 total points in 81 games played. With the Jets holding on to Dubois for one more season before he becomes a restricted free agent in the 2023-24 season, there is hope that he will continue to be on the up with production and hopefully allow the Jets to clinch the playoffs this year. The team having never won the Stanley Cup it is unlikely we’ll see them near the conference finals anytime soon, but if the team can get good future draft picks, hope is not all lost. The rest of the off-season consisting of short-term contracts for the majority of the roster, likely with the intention of a rebuild in the near future.

For coaching, the Jets also just acquired head coach Rick Bowness who last coached the Tampa Bay Lightning and the Dallas Stars from 2018 to 2022. Following the Stars’ elimination from this year’s playoffs and his contract expiring, Bowness moved to the Jets organization to continue his coaching career replacing Dave Lowry who coached the Jets for the 2021-22 season. With the more experienced Bowness as head coach, there could be improvements in the Jets playing style this season. But it is up to the health of the roster and the coaching style of Bowness in order for real improvements to be made among the Jets.

Based on the past Jets performance, it is unlikely that the Jets will make the playoffs this year unless there is a heavy uptick in overall roster production, coaching, and goaltending. Nonetheless, the Jets will be a team to keep your eyes on throughout the season lest something interesting actually happens.