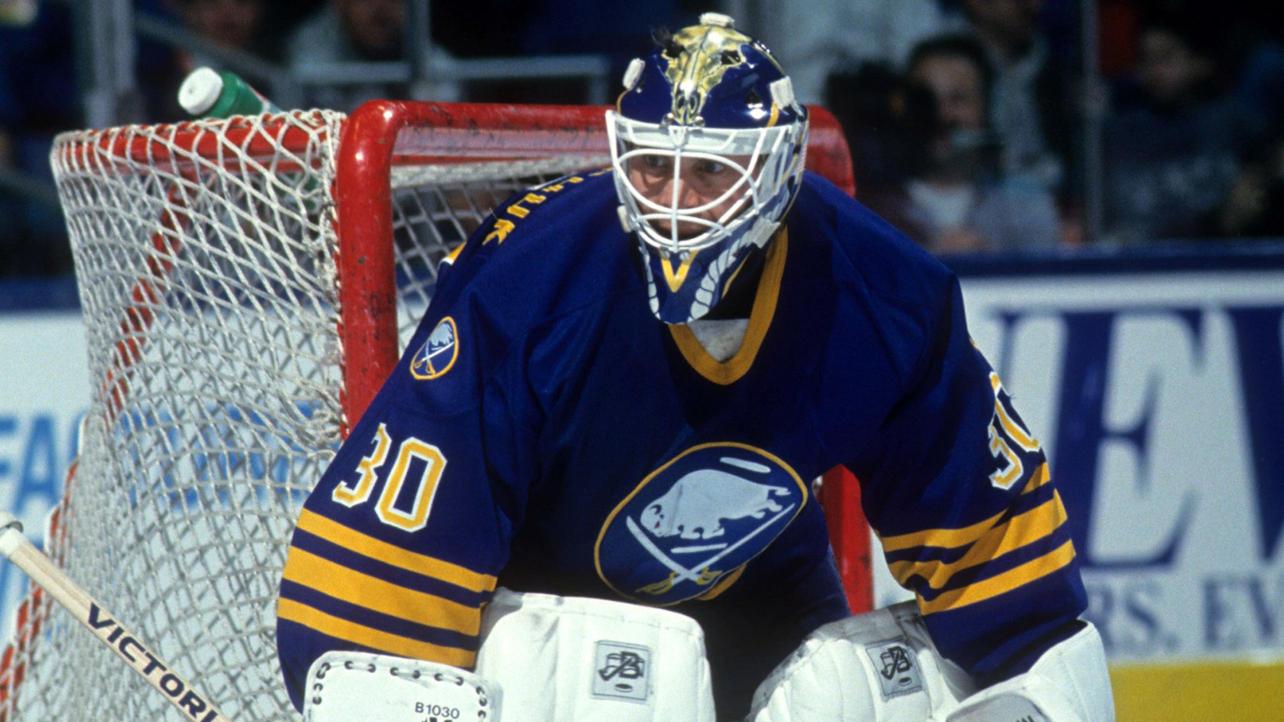 In the wake of a horrific incident involving Buffalo Bills’ Damar Hamlin, it is important to look back on what is regarded as the most traumatic injury in the NHL which occurred in March 1989 to Buffalo Sabres goaltender Clint Malarchuk.

Clint Malarchuk started his NHL career in 1981 with the Quebec Nordiques at the age of 20 years old. However, with a poor performance in his first game against the then-defending Stanley Cup Champions, the New York Islanders, in which he let in 10 goals on 37 shots, the Nordiques sent Malarchuk back to the AHL. However, in 1986-86, Malarchuk became the Nordiques’ primary goaltender and played well in that position for two seasons until he was handed a major penalty and game misconduct for taking part in a bench-clearing brawl with the Montreal Canadiens. He was then traded to the Washington Capitals for the 1986-87 season and then traded once again to the Buffalo Sabres on March 6th, 1989. Sixteen days later, on just his sixth game with the new team, Malarchuk would be inches away from death.

During a game between the visiting St. Louis Blues and the Buffalo Sabres on March 22nd, 1989, Steve Tuttle of the Blues and Uwe Krupp of the Sabres crashed hard into the goal crease during play. As they collided, Tuttle’s skate blade hit the right front side of Malarchuk’s neck, severing his carotid artery and partially cutting his jugular vein. With blood gushing out of Malarchuk’s neck onto the ice, he was helped off the ice with the swift assistance of Sabres athletic trainer, Jim Pizzutelli who served as a US Army combat medic in the Vietnam War. Pizzutelli didn’t stop putting pressure on the wound until paramedics arrived, and saved his life as a result. The excessive amount of blood that Malarchuk lost caused eleven fans to faint, two more to have heart attacks, and three players to vomit on the ice. Local television cameras covering the game cut away from the sight of Malarchuk bleeding after noticing what had happened, and Sabres announcers Ted Darling and Mike Robitaille were audibly shaken.

Malarchuk, meanwhile, believed that he was going to die. “All I wanted to do was get off the ice,” said Malarchuk. “My mother was watching the game on TV, and I didn’t want her to see me die.” Aware that his mother had been watching the game on TV, he had an equipment manager call and tell her he loved her. Then he asked for a priest. Malarchuk was conscious and talking on the way to the hospital, and jokingly asked paramedics if they could bring him back to the game in time for the third period. The game resumed once league personnel received word that Malarchuk was in stable condition. Malarchuk lost 1.5 liters of blood and it took doctors a total of 300 stitches to close the 6 inch wound. He was back on the ice in ten days.

Malarchuk’s performance declined over the next few years until he decided to leave the NHL. After this, he struggled with PTSD and obsessive-compulsive disorder (as he had since a young age), as well as nightmares and alcoholism, but he remained in pro-hockey in the International Hockey League. Malarchuk continued to play until 1994 until retiring and starting his coaching career. Malarchuk served as head coach and assistant general manager of the Las Vegas Thunder in the 1998–99 season and the Idaho Steelheads until 2000. On June 17th, 2011, the Calgary Flames announced hiring Malarchuk as their goaltender coach. On June 17th, 2014, the Calgary Flames announced they parted ways with Malarchuk and were searching for a new goaltending coach. He had earlier taken leave during the 2013–14 season to enter the National Hockey League’s substance abuse treatment program.

With Malarchuk’s excessive consumption of alcohol as well as a combination of prescription OCD medication, his behavior became erratic and suicidal. In October of 2008, Malarchuk suffered a self-inflicted gunshot wound to the chin, which he survived. Following the attempt, Malarchuk spent 6 months in a rehabilitation facility to be treated for his alcoholism, OCD, and PTSD. Since the incident, Malarchuk and his wife now travel and engage in a number of league-related and independent events having to do with mental health, OCD, and depression in retired athletes.

With swift changes being made in the NHL following Malarchuk’s injury, for example adding neck protectors to goalie gear, there is not much else to be said over what the NHL could have done. Accidents happen and in this case, it was lucky that Malarchuk made it out alive. While it is important to value the story of the injury, it is upsetting that this injury is what made Clint Malarchuk in the eyes of the hockey world. Instead of a goaltender for the Buffalo Sabres and a player and a coach, he is known as the hockey player whose neck was sliced open on live TV. Similarly to the incident of Damar Hamlin (while in different eras, sports, and circumstances) it is imperative that we remember that these athletes are people and these injuries have consequences on their lives and their loved ones. Clint Malarchuk found a new purpose through his ordeal. As he wrote in his Player’s Tribune article, “For the longest time, I really thought my sole purpose in life was to be an NHL player. It’s all I ever wanted to be… Now, I realize that my life in hockey was really mainly all about gaining a platform for what I’m doing now. For helping people get through tough times.” These injuries might be the legacy written for these athletes, but it is our decision to make this so. We can change the narrative. It is up to us to decide which legacy to write for Damar Hamlin and every other injured player after him.