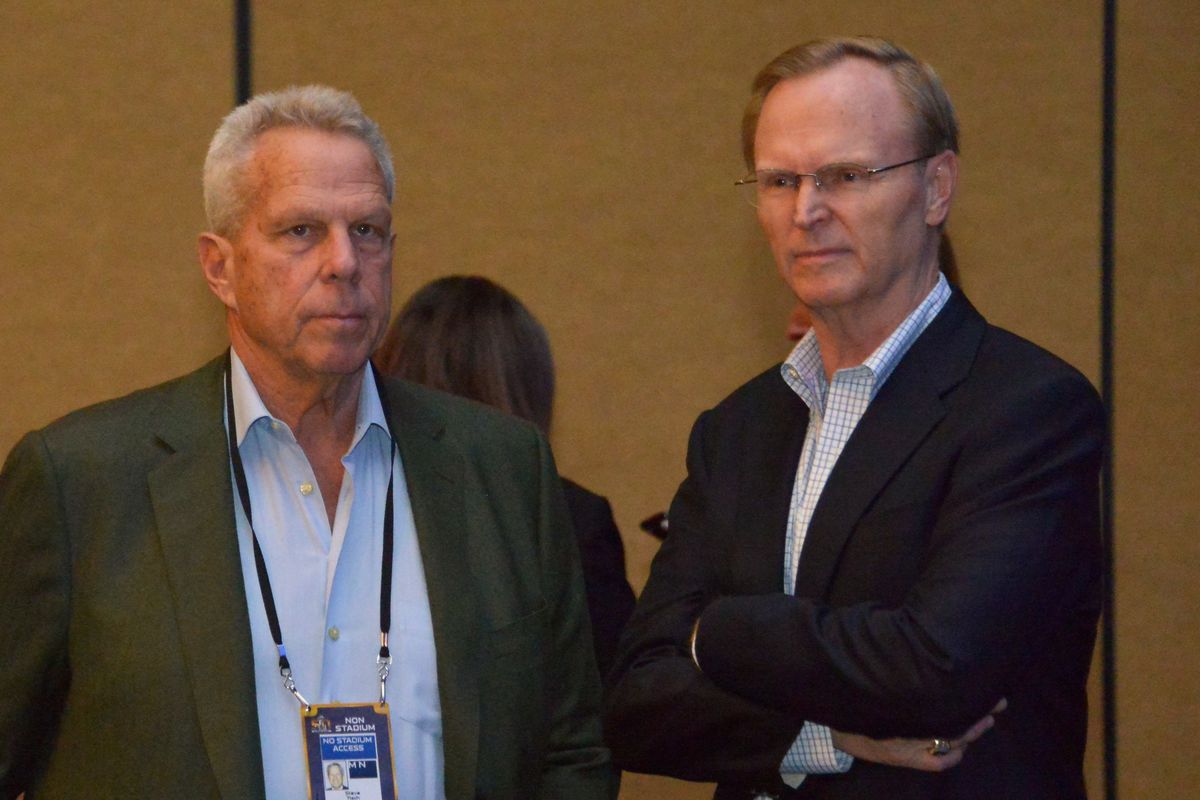 The Giants today announced they have dismissed head coach Pat Shurmur after only his second season on the job. The team also confirmed that general manager Dave Gettleman will be retained after much speculation of his possible termination as well.

Team president John Mara and chairman Steve Tisch revealed those decisions the morning after the Giants concluded their 2019 season with a 34-17 loss to the Philadelphia Eagles and a 4-12 record. Both met with the media not to long ago.

The Giants were 9-23 under Shurmur’s watch and have not won more than five games in any of the last three seasons. In 2017, the team was coached by Ben McAdoo.

“Steve and I have had many extensive discussions about the state of the Giants,” Mara said. “This morning, we made the very difficult decision that it would be in the best interest of the franchise that we relieve Pat of his duties. The last three seasons have been extremely disappointing for the organization and our fans. Pat has been a successful and highly-respected NFL coach for 21 years and he is not solely responsible for our record. But we came to the conclusion it is best to have a fresh start with the coaching staff. We very much appreciate how much Pat has done for this franchise. He is a man of character and integrity and the team has conducted itself with pride and professionalism.

“As owners, we take full responsibility for our recent poor record. It is our goal to consistently deliver high-quality football and we will do everything in our power to see that there is a rapid and substantial turnaround.”

After Sunday’s loss to Philadelphia, Shurmur was understanding that this was a win now league and addressed those feelings with the media. Understanding he knew what might be happening in the days to come.

“This is a ‘wins’ business— I get it, I get it” Said Shurmur. “We’ve been talking about this for, I think, about six weeks. You’ve been asking me the same questions for six weeks. So, I don’t know if I’m getting good at answering them, but I’m answering them a lot. But, that’s the reality of this business. When you don’t win, that’s the line of questioning. Listen, I get that, I get that. “

Now Shurmur is out of a job, The Giants are left picking up the pieces of what has to be the toughest stretch in franchise history. Nobody likes to rebuild but now the 3rd coach since 2015 is tough to swallow.

Unlike the last time there is no Hall of Fame QB, No football identity to keep, no vets to keep happy. This is a fresh start with the #4 pick, cap space, and young players.

Mara knows this time around , there is no safety net. He is sticking with his GM and knows that its his neck on the line.

We will know in the next few weeks. As for today, the Giants pick up the pieces and come up with a plan, one that makes their fan base want to be there.

Other wise they could be the modern day Jets or Browns. That is something this franchise does not want to be associated with.