CHARGERS PRESEASON GAME 1 UNDER THE BELT & ON TO DALLAS 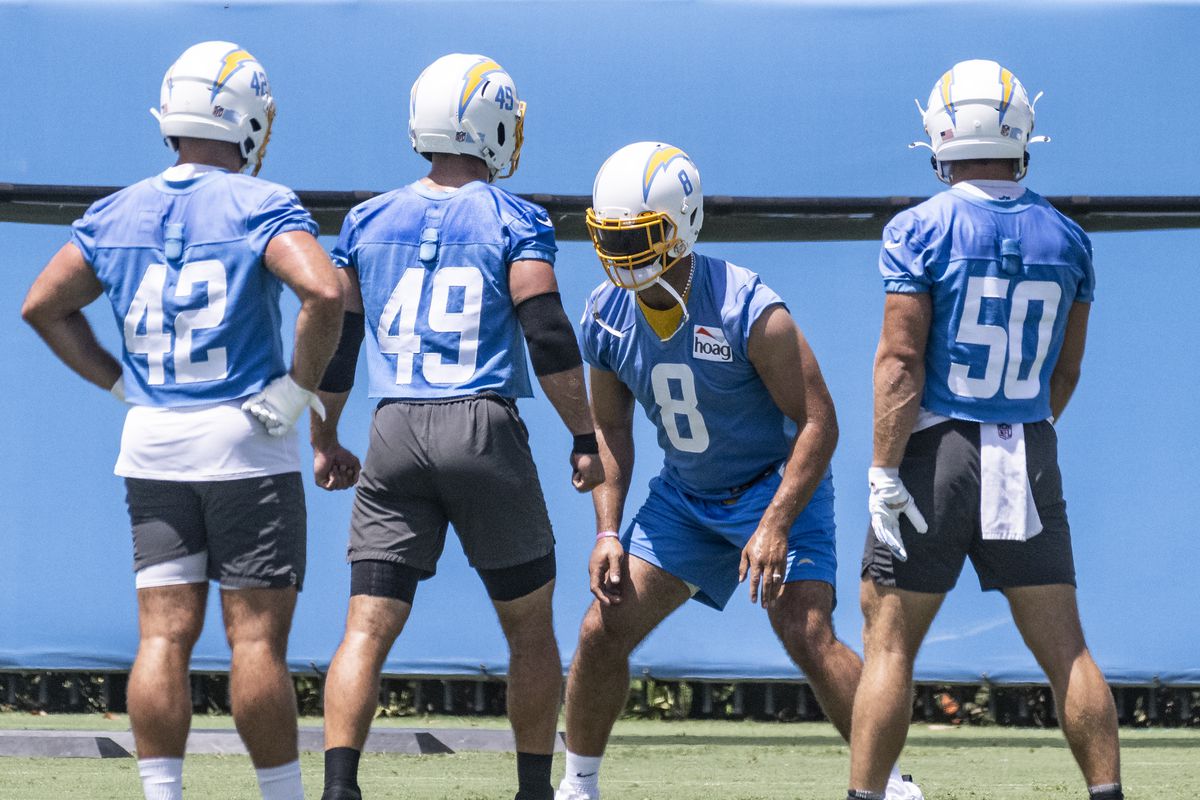 The Chargers fell short in Saturday night’s match-up versus the defending Super Bowl Champion Rams, 29-22.  Since preseason is about figuring out which players to keep, most of the starting players did not take the field for any meaningful amount of time. In spite of the loss and the lack of starters playing, there were some positive takeaways.

Michael Bandy, Joe Reed, and Joshua Palmer had strong outings. Need I remind you that I called it. Bandy had seven receptions for 73 yards and one touchdown. His route running ability created space for others to get open including Joe Reed’s 41 yard touchdown. Yes, there was one drop. Perfection takes time. It’s preseason after all. Staley commented on Bandy’s performance saying, “You can see the way his teammates feel about him when good things happen…Our team expects him to play that way because he’s earned that on the practice field.” We saw it in camp and now I hope it continues to translate in the game.

The battle for right tackle continues pitting, Trey Pipkens and Storm Norton against each other. Pipkens started at right tackle for two series before Norton took over. Neither played long enough to show us a clear cut leader. When asked, Staley said after the game that the competition is “still in motion.” In my opinion, Pipkens looked a little more solid and confident against competition. though Norton, at some points, shined and showed how he will contribute.

The defense also showed some promise. Michael Davis and Chris Rumph looked to hold their own. Davis made some good open field tackles. Rumph had a decent showing and made his case for being the solid number two choice behind Khalil Mack and Joey Bosa. Staley said, “You can definitely feel his confidence in his game right now…He’s aggressive. He brings a lot of energy to the field. He loves playing.” Staley also said he “highlighted” Rumph’s performance expanding that he thought “[Rumph] played very well. [Staley] felt him. We all did. He was active in the run game and in the pass game, which is what we really have been on him about in being a complete player.”

The defensive tackling at some points was atrocious. Rams QB Bryce Perkins was forced out of the pocket multiple times, but then the Chargers defense couldn’t bring him down. The Chargers’ run defense in the red zone also struggled at points. One big eye sore was the performance of rookie corner back Deane Leonard. Leonard even in proper position, made some errors that resulted in penalties during the night. This included a pass interference penalty in the end zone and a catch interference on a punt. Staley didn’t seem to think negatively of Leonard’s performance and even praised Leonard for his coverage ability during the game. Staley said, “[he] thought that he was connected the entire night,” and “That’s how he’s competed all camp. The guy can cover.… He’s going to learn a lot about what it takes to play the ball in phase in the deep part of the field. He wasn’t beat. He was in phase both times. He’s got to make sure he has the confidence to do what he’s coached to do in practice and do what he does in practice.”

Though the negatives might be more prevalent than the positives in this first preseason game. It is only preseason. I believe that the upcoming inter-squad scrimmage will show more about the fight and grit the Chargers have than any preseason game.

Saturday also brought the first cuts of the preseason. The Chargers waived quarterback Brandon Peters, safety Skyler Thomas, and wide receiver Maurice Ffrench. They also waived/injured defensive lineman Forrest Merrill and center Isaac Weaver. With only two more cuts before the Chargers pare down to their 53 man roster, it will be interesting to see how it all plays out. In the upcoming open joint practices with the Dallas Cowboys we will see who separates themselves from the pack and makes the strong push to make the Chargers’ roster.