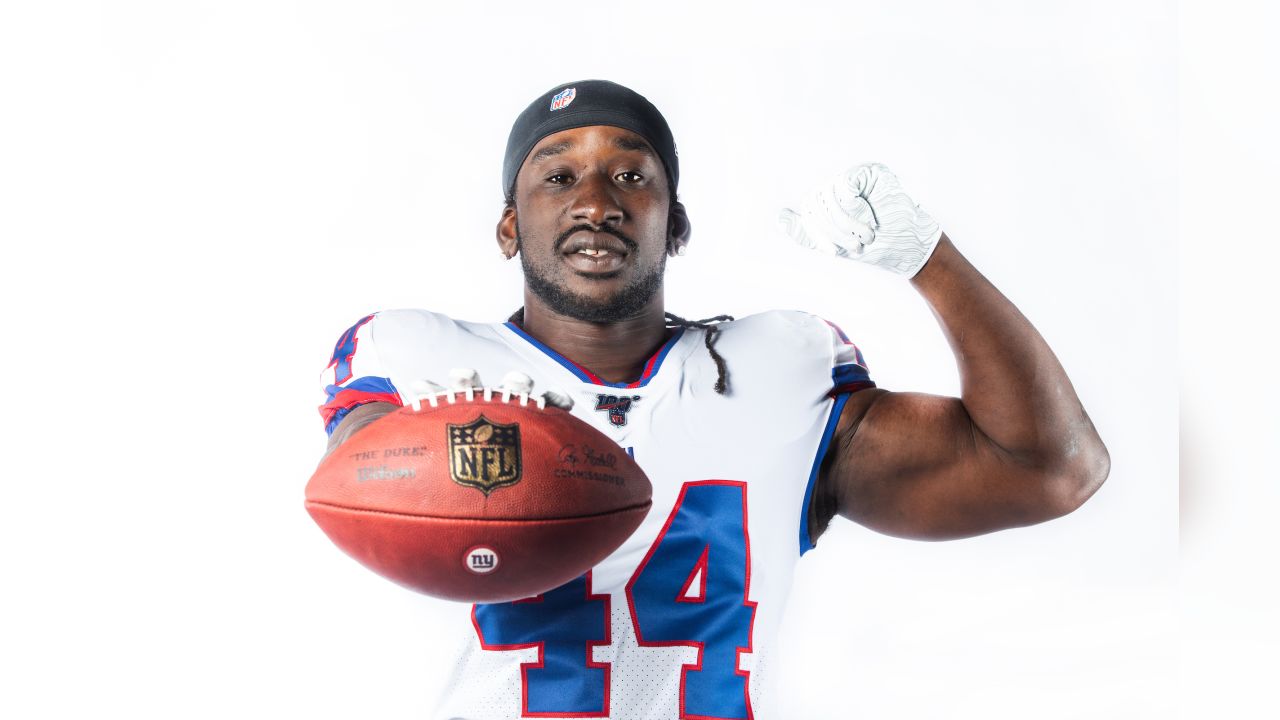 The New York Giants today announced they are bringing back their classic blue uniforms from the ‘80s and ‘90s for two “Legacy Games” presented by Quest during the 2022 season. They will wear them on Oct. 2 vs. Chicago and Dec. 4 vs. Washington at MetLife Stadium as part of the Legacy platform, which also includes throwback MetLife Stadium branding and activations, a gameday collector’s series pennant giveaway, a retail collaboration with Starter, and much more.

The classic uniform, which the team wore from 1980-99, starts at the top with the return of the navy helmet, providing a base for the white facemask, solid scarlet red stripe, classic numbers, side decals, and a raised wordmark – all reminiscent of the ‘80s and ‘90s style. Meanwhile, the red and blue trim on the jerseys and pants are all done in a color palette from that era.

The Giants also accented the inside of the collar with the timeless words of late owner Wellington Mara: “Once a Giant, Always a Giant.”

“This era obviously still holds a special place in the hearts of Giants fans,” Giants President John Mara said. “Our teams during that time featured legendary players, some of the best in our franchise’s history. And these uniforms remind us of what was accomplished through those years. We are thrilled to wear that uniform again.”

The uniform is a launching point for the Legacy Games. MetLife Stadium will be retrofitted with the Super Bowl XXI end zone design, complemented by wall wraps around the field to match the aesthetics from the time. The first 30,000 fans attending each game will also receive a collector’s edition pennant, designed with the look from that era. Additionally, when fans scan their tickets upon entry, they will become eligible to receive a complimentary legacy-themed NFT.

“This uniform represents a significant part of Giants history, and we have often been asked by our fans if we would ever wear it again,” Giants Chief Commercial Officer Pete Guelli said. “We started the uniform process with the NFL two years ago, and we’re excited to see it come to life for two games this season. These Legacy Games will connect generations of Giants fans.”

Fans will be able to purchase the classic jersey by visiting shop.Giants.com starting at 9:00 a.m. ET.

Through a retail collaboration with Starter and Carl Banks, which will be available this fall, the Legacy Collection will include four classic items (windbreaker, satin jacket, sweater, and t-shirt) on the team’s online shop and inside the MetLife Stadium store.

There will also be exclusive content and giveaway opportunities throughout the season, including mobile wallpapers and autographs from both Giants Legends and current players.

For more information on the Legacy Games please visit www.giants.com/legacy.