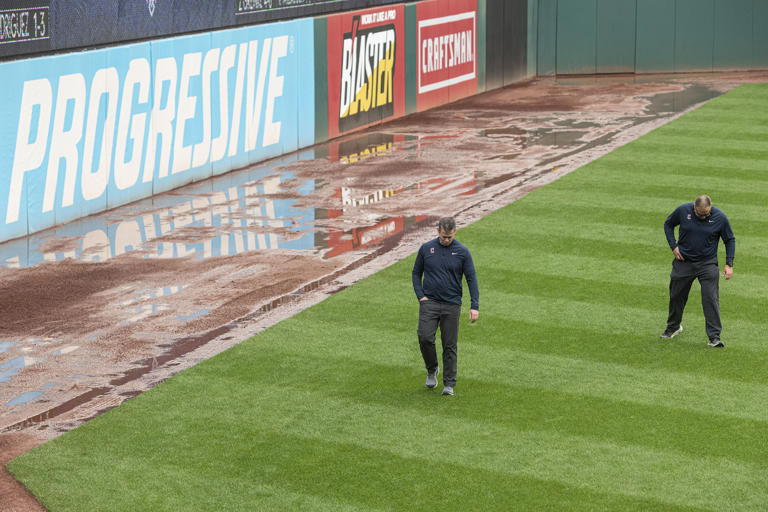 Another day, another rain out for the Cleveland Guardians. This is the 12th postponement due to inclement weather for Cleveland, tops in Major League Baseball.

And this one kinda hurts, especially for the young core of the Guardians, as mentioned here. It also took away an opportunity to win a series against the visiting White Sox and build their AL Central lead.

So Why the Postponement?

Despite the rain-out, no precipitation fell on Sunday. The rain quickly came together Saturday night into Sunday morning, creating a wet mess on the track.

As a result, the game will be made up as part of a doubleheader on Thursday, September 15th.

More details on the postponement can be found here.

Funnily enough, out of those 12 games that have been rained out for Cleveland, four of those games were against the White Sox.

Is There A Remake Date?

As previously noted, the Guardians will make up this game on September 15th. The first pitch for that game will be at 1:10 p.m.

But, there’s still plenty of time for the Guardians to rebound from this. As the regular season begins to wind down, so does the time to make up rainouts and postponements.

For the Cleveland Guardians, this right now is the last postponement that they are making up. But the weather could still play a factor down the home stretch of the season. From San Diego to Cleveland, the question mark will be how the conditions of the field will be.