On The Edge of The Gold 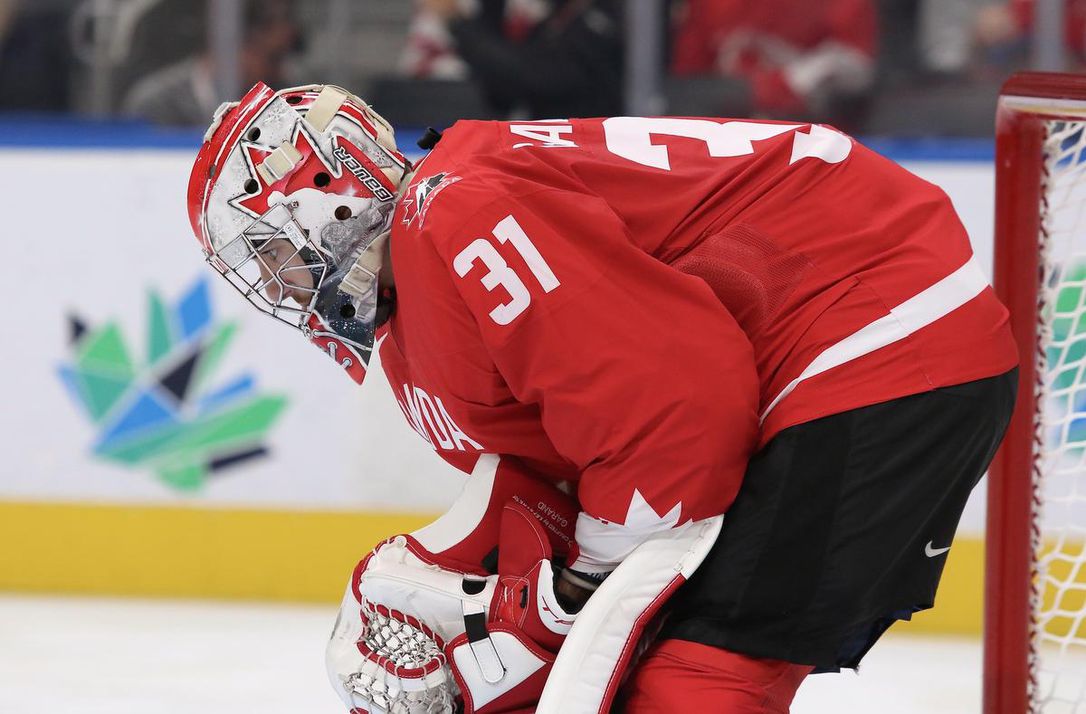 Canada against Finland. It seems like almost a locked in landslide win, with Canada seeming the dominant force in the first period. Setting an almost unfairly fast pace against the winded Finns. But as the game progressed, something changed. In the Edmonton air, with an arena full of Hockey Canada fans, the Finns fought back and put on a near equal performance by the end of the third period. Tying the game 2-2, while evening the shots on goal.

It was a shock to behold. How could Finland, a team who seemed almost childish and inferior compared to the titans of Hockey Canada, propel themselves to overtime? The answer lies in the ultimately superior Finnish goaltending and the anger that drove Team Finland to the edge.

The goaltending, which is nearly always Scandinavia’s strongest element, was outstanding by Juha Jatkola. The 19 year-old goalie, pulled off a 23 save shutout against Team Sweden in the race to the final, while boasting a .918 save percentage throughout the tournament. While Canada’s goalie, Dylan Garand, who had a .925 save percentage throughout the championship was also on top of his game, it is notable that Canada had far more skillful shots on goal throughout the game which proved a much higher challenge for the Finnish goaltender.

The anger, which lies in the complete uprising Team Finland made, despite taking up five straight penalties which resulted in a stockpile of opportunity for Team Canada to dominate and control the game. Watching Finland get penalty after penalty for barely there slashings and boardings while still somehow killing every penalty, was a sight to see. And despite having only one penalty in the entire game, Team Canada did not use any powerplay to their advantage. While bias isn’t new in hockey, it is especially surprising to see it on the junior and international stage. And when Finland struck back, it was like hope was finally restored. Until it was crushed once again.

In the final minutes of overtime, tensions were running high and fans were on their feet. It almost seemed like Finland could make a comeback and win gold once again. Yet, Hockey Canada captain Mason McTavish had a trick up his sleeve. Pulling off an astounding feat of stopping the puck just as it was about to cross over the Canadian goal line. Everyone held their breath as it bounced. Once, twice… Never crossing the line. The thrilling moment was over, and that would be Finland’s final chance. Before Logan Stankoven routed the puck to the Finnish zone, shooting it. And with an incredible save, Jatkola blocked the shot. But on the rebound Kent Johnson shot it back into the net to sound the winning buzzer. And just like that, Canada won gold. The arena burst into pandemonium while Finland lay there stunned. An unforgettable effort by an unforgettable team.

While Canada won gold, it was only by a slim margin. If McTavish was only a second late, if the puck bounced forward once more, gold would have been Finland’s. But we don’t live in that alternate reality. While Canada got the medal and the trophy, Finland’s effort and performance was so impressive, it is wrong to not give them the praise they so deserve. And while this World Juniors was a fiasco, one bright spot was illuminated, and we can only wait to see if Finland can reemerge as winners next year.