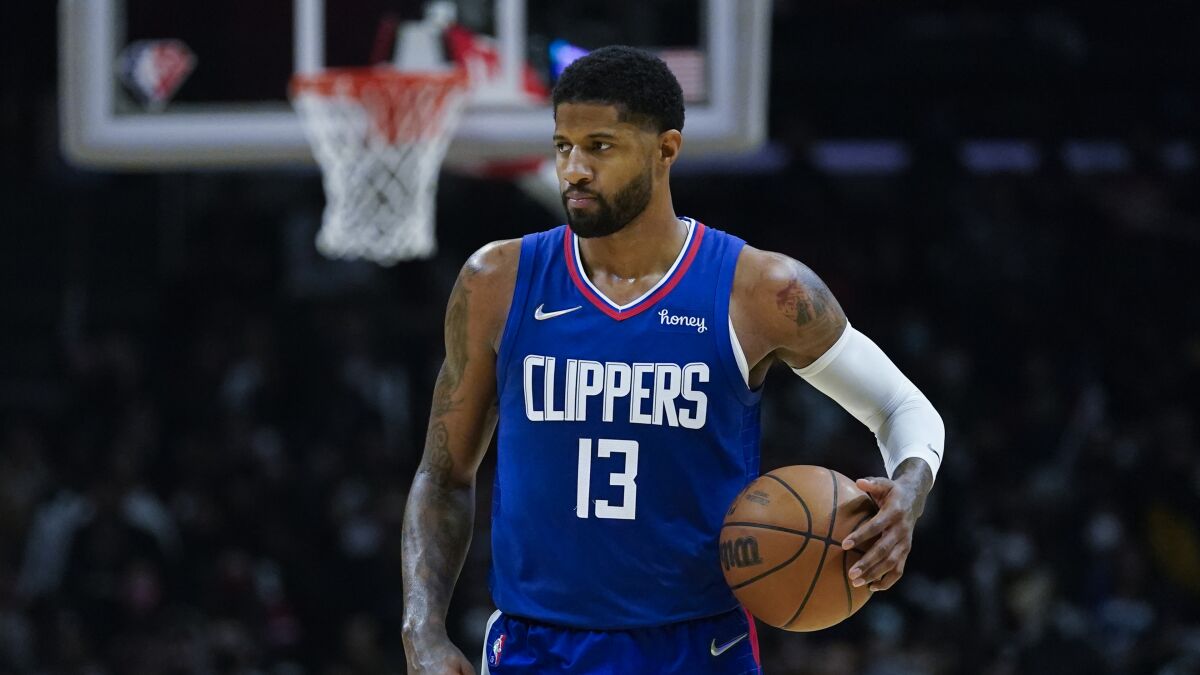 Los Angeles Clippers star Paul George recently had a Q&A event called “In The Paint With Paul George” at the KIA Forum in Inglewood, California. I had the pleasure of attending and took away some things that he said. The host of the event was sports anchor/reporter Jaime Maggio.

Here’s some of the dialogue between the two:

JM: “We noticed following you guys on social media and whatnot that this year there was a lot of Clippers working out together. They’re working out consistently. Does it feel different this summer, what you guys are building?”

PG13: “Absolutely. It is crazy. Literally at our facility there’s been about 10 to 11 guys working out and you don’t find that in other places around the league. So I think that’s just a credit to our locker room. How much we enjoy being around each other. We made a big emphasis this summer to work out and stay together.”

PG13: “First, John looks amazing. John looks great. I think what he adds is that fast pace, transition game that we kind of lacked. We haven’t been a great transition team and John brings that full court burst and that transition game where you have to guard him 94 feet. So that just opens up a lot of opportunities for our shooters. For myself, Kawhi, Norman for all of our perimeter guys. Just opens up a whole another game we haven’t really got to. He looks good man, he’s back to himself. I think he’s in a great place, great mental space. His body looks good, he’s athletic and he’s shooting the best I’ve ever seen him shoot.”

JM: “I think one of the most positively passionate people in the basketball world is Steve Ballmer. If you can just keep your eye on him during the game, I mean I love it because you see him at home games but when we’re on the road, I’ll keep my eye on him, he’ll be sitting courtside by himself in a road area just going emphatically cheering for you guys and it’s so awesome. He is hands down the best owner in sports. From a player perspective, how unique is it to have that person in your corner and showing you that support?”

PG13: “Very special. I mean he’s very much a part of this team. You know after wins, after losses you know he’s given us encouragement. You know he’s in a group chat text with us.”

PG13: He’s not really an emoji guy. But he’s our biggest supporter and it makes our job that much easier to go out and play for a guy that really believes in us and wants to give us the best chance, the best odds. So for me, I’ll put it on the line every night for Steve.”

PG13 on his summer and getting ready for the season: “Yeah, I’m real excited. Other than getting married, I haven’t taken any time off this summer. Literally every week I have just been punching in my time sheet. Just wanting to get better, wanting to stay in shape. Worked on my body a ton, worked on my game a ton. I’m healthy going into this season. I’m excited to touch that court again. I’m excited to play in front of you guys, play for you guys and you’ll see the best of PG this season.”

PG13 on his relationship with coach Tyronn Lue: “It’s not like a coach. He’s like a brother to us. Very relatable. We can come to him, talk to him with anything. You know at the end of the day, he has the final say so and we’re good with that. But he allows us to have a voice. If we see something out there, you know he doesn’t mind. He’s very good with adapting with how the game is but I think what makes him special is just his way he can relate to everybody on the team. He has a personal relationship with each individual in our locker room. Some coaches have a relationship with top players and that’s kind of where it ends. But I think what makes it good is that he has everybody’s eyes and ears, and he just controls the huddle, controls the locker room, and he can control personalities.”

There’s no doubt the Clippers have one of the most talented rosters in the league going into this NBA season. It’ll be on Paul George and Kawhi Leonard to stay healthy and lead the way for the franchise to accomplish the ultimate goal.

Buescher Wins at Bristol; Who’s in and Who’s out of the Playoffs
Alperen Sengun is Going to Shock the NBA