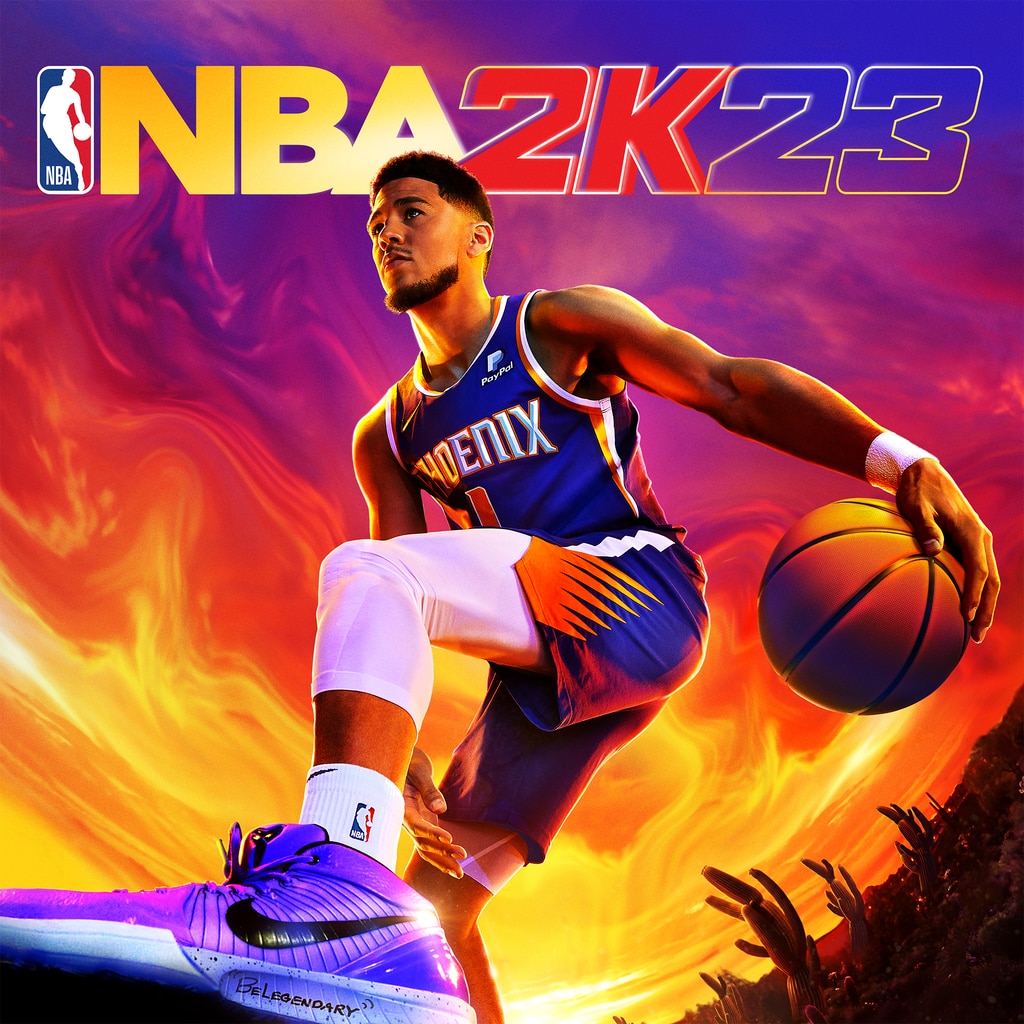 Phoenix Suns star guard Devin Booker will lead the Suns in NBA 2K23 after being announced as the next cover player for the critically acclaimed NBA 2K video game franchise.

With the launch of NBA 2K23 just days away, it’s no surprise that fans are looking for the earliest possible teasers.  Player ratings, team ratings and classic teams have all been leaked prior to the games release date.

As far as the Suns ratings go, NBA2K23 cover athlete Devin Booker was awarded with the highest overall rating on the team.  Booker, coming off arguably his best season yet, receives a 91 overall.

Gracing the 2K cover is one of the highest honors for basketball junkies like Booker.  This achievement is a major compliment after a near-MVP winning regular season and supermax extension.

“I’ve been a huge NBA 2K fan since I was a kid, and it’s surreal to finally join the exclusive club of basketball greats who’ve been cover athletes,” said Booker.

“Be legendary” is written on Booker’s Kobe 4 protro sneakers on the cover of NBA2K23 in honor of the late, great Kobe Bryant.  Bryant left Booker with a pair of shoes that read “be legendary,” after Bryant’s last game in Phoenix.

Although Booker didn’t scratch the top 10 overall player ratings, his backcourt partner Chris Paul will provide additional support to the 2K Suns squad.  Paul is tied for 4th amongst all point guards with a 90 overall rating.  Paul shares a 90 overall with the likes of Damian Lillard and Trae Young.

Deandre Ayton falls short of the top 5 centers list with a 86 overall rating.  After receiving a max extension, Ayton is expected to up his productivity which may lead to an overall rating increase as the season progresses.

Jae Crowder, Dario Saric and Cameron Payne overall ratings remain unchanged.  The bench trios overall ratings fall between 75 and 78 overall.  Dario Saric has been impressive in EuroBasket after missing the entire 2021-22 season.  Saric and Payne’s ratings will fluctuate depending on their in-season consistency.

Newly acquired guards Damion Lee, Duane Washington Jr., and Josh Okigie all fall between 70 and 74 overall.  These guards’ overall ratings won’t change unless one is able to find consistent minutes in the rotation.

The Phoenix Suns are considered a Tier 2 team in NBA 2K23 after a disappointing second round exit.  However, teams like the Lakers and Nets were given a Tier 1 standing even with less postseason success.  The Boston Celtics, Golden State Warriors, Denver Nuggets, Los Angeles Clippers, Memphis Grizzlies and Miami Heat are all considered Tier 1 teams according to 2K23.

With a 98 overall offensive rating, the Suns may be one of the most dynamic teams in the new 2K game.  An 83 overall defensive rating brought the team to a 90 overall team rating.

NBA enthusiasts and media across the association know how dumb it is to compare one era to the next era.  NBA 2K23 will allow one to somewhat compare eras through the classic teams gameplay under play now.

Stephon Marbury and Shawn Marion headline the 2002-03 team with 85 and 86 overall ratings.  This duo is joined by Amar’e Stoudemire and Penny Hardway with 81 and 78 overall ratings.

The 2002-03 Suns are considered a Tier 3 team after finishing 8th in the Western Conference, snapping a 13 year playoff drought.  Stephon Marbury and Shawn Marion were both selected for the All-Star game.  Marbury finished the season as a member of the All-NBA Third Team.

Amar’e Stoudemire went on to win Rookie of the Year this season and was the first to do so straight out of high school.  Joe Johnson, who was on the 2002-03 roster, has yet to be added to the team.

The 2004-05 Suns are considered a Tier 1 team according to NBA 2K23.  The Suns re-acquired point guard Steve Nash in a deal with the Dallas Mavericks.  Nash finished the 2004-05 season as the league’s MVP, earning himself a 95 overall rating.

Steve Nash, Shawn Marion and Amar’e Stoudemire led the Suns to a league best 62 wins that season.  Marion and Stoudemire round out the big 3 with 87 and 89 overall ratings.

Quentin Richardson and Leandro Barbosa helped support the core, thus receiving a 78 and 76 overall rating.  Joe Johnson was on the team and has yet to be added to the roster.

NBA 2K23 may be the only way to compare era’s.  Having the two teams play against each other in a 2K game will surely prove which era and team was better.