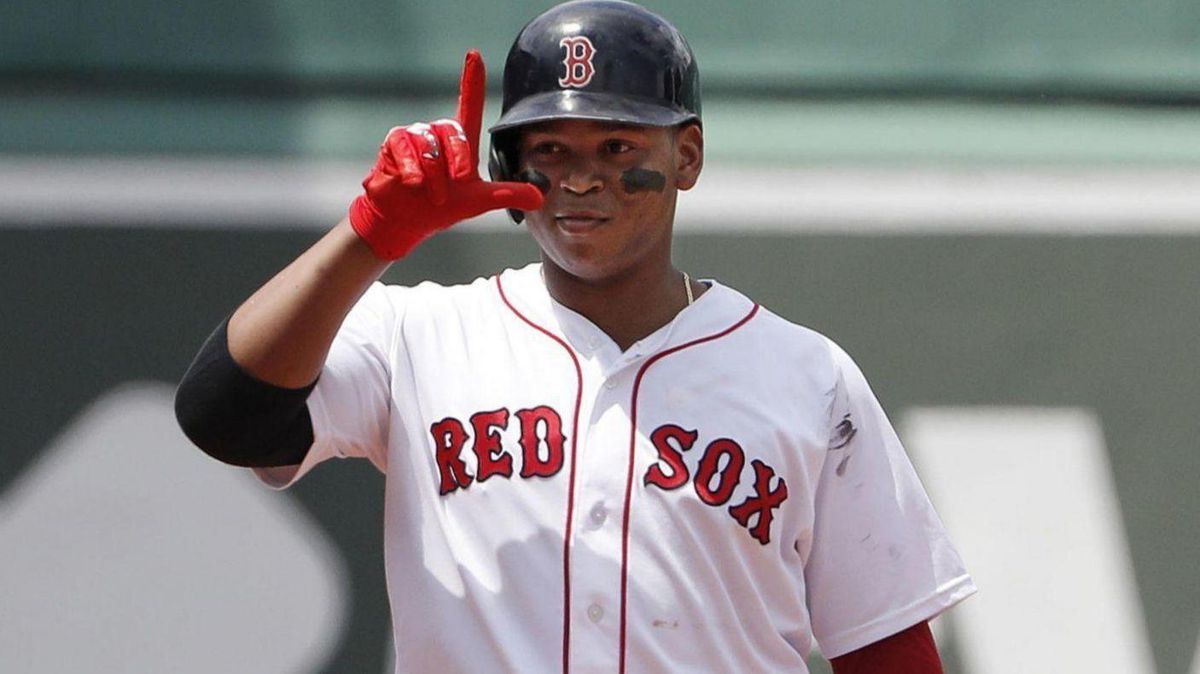 The Red Sox signed star third baseman Rafael Devers to a long extension Wednesday, much to the relief of fans.

The Boston Red Sox resigned third baseman Rafael Devers to a long-term extension Wednesday evening, according to Carlos Baerga.  The Dominican native will earn $331M over eleven years, taking him from his age-26 season to his age-36 season.  The two sides had previously agreed to a one-year deal Tuesday to avoid arbitration and evidently continued discussions.

After a disappointing and emotional offseason where the Red Sox let Xander Bogaerts walk, keeping their other homegrown in the fold was the only big move left to make.  Resigning both of them was the team’s top priority entering the winter, but they only managed to bring back one for the long haul.  The extension has no impact on the quality of the 2023 roster, but it makes Boston significantly better the rest of the decade.

Rafael Devers has been one of the best hitters in baseball the past three full seasons.  He was still good during the wonky 202o season but nowhere close to what he is capable of.  During his three peak years, Devers has had OPS’s around .900 and an OPS+ of at least 130 each season.  Raffy is the rare lefty who can handle left-handed pitchers, with a career OPS of .735.  He destroys righties to the tune of a .907 OPS.

Devers has a reputation as a free swinger due to some large hacks that bring him to his knees, but he has underrated plate discipline.  His 8.1% walk rate is right around league average, while his 18.6% strikeout rate is comfortably above average.  Devers takes advantage of his patience by tearing the cover off the ball.  His average exit velocity is in the 98th percentile, and his hard-hit rate is in the 96th.  His xwOBA, xBA, and xSLG are elite as well.  It is safe to say his hitting ability will hold up for many years.  This is the one and only reason signing Devers to an extension was so crucial for the Red Sox.

Yes, Devers is a poor defender at third, but that really does not matter that much.  His offensive ability is so strong that any shortcomings in the field are just along for the ride.  He will likely move to first or DH in a couple years, which should not be an issue for the Red Sox.  The coaches are handing the first base keys to top prospect Triston Casas, so Devers will more likely be the designated hitter.

Red Sox Nation can finally let out a celebratory sigh of relief.  Fans had been demanding and begging for an extension for months, and the front office pulled it off.  This is by far the most important transaction victory for Chaim Bloom, who has taken an increasing amount of heat this offseason.  After trading away Mookie Betts and failing to resign Bogaerts, he had to keep the last remaining homegrown star around.  Devers signed with the Red Sox when he was 16 years old, and he will stay in the organization for at least 20 years of his life.

There is a questionable debate whether the Sox have had a productive offseason to this point, but defenders now have a marquee move to support their argument.  Signing Masataka Yoshida was critical to boost the outfield, but it is anyone’s guess whether he will succeed in MLB.

The Red Sox still need help in the starting rotation, even after signing Corey Kluber.  With Nathan Eovaldi and Rich Hill leaving town, there are very few free agent options still available.  Maybe Tanner Houck will get another chance in the location, but he is more likely sticking in the bullpen.  Perhaps Bloom is calling Johnny Cueto’s agent.

The extension also brings Boston within roughly $10M of the lowest competitive balance tax threshold, which is $233M in 2023.  If Bloom wants to stay below that number this year, he still has a little room to add now and/or during the trade deadline.

The New CBA Seems to Be Working
Are the White Sox Andrew Benintendi’s Perfect Fit?