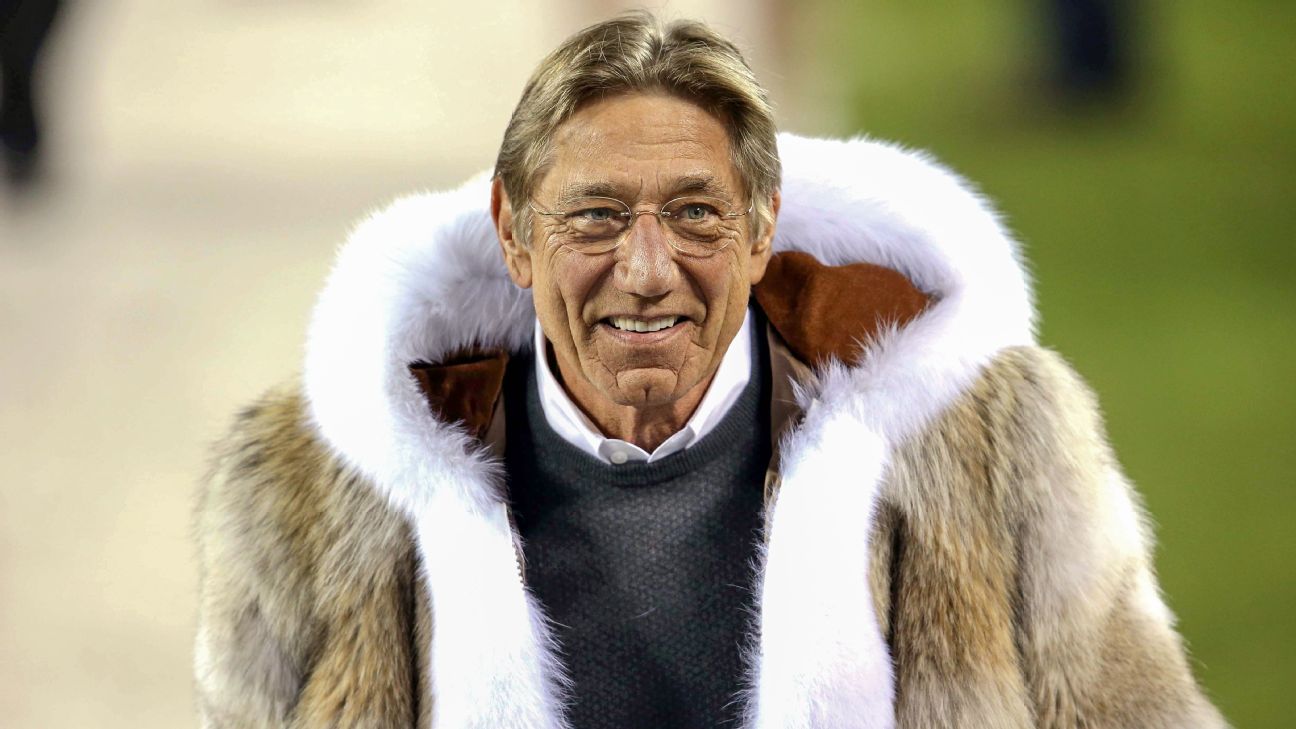 On January 12, 1969, Joe “Willie” Namath led the New York Jets to a Super Bowl championship against the Baltimore Colts. Little did their fans know that it would be the last time they would taste that kind of glory for, well, 53 years and counting. Winning the big prize is what defines the greatness of a franchise, but it does not define the greatness of the players who went to battle under its banner. With that in mind, we rank the top five players in the rich history of the Jets franchise.

During his 12-year career with the Jets, “Broadway Joe” Namath established himself as one of the greatest quarterbacks in NFL history. He was the Super Bowl MVP in ’69, was named to the Pro Bowl five times, passed for 27,663 yards, and he did it at a time when the NFL season was only 14 games long. He also finished his career with an incredible 65.5% pass completion rate. Namath’s #12 was retired by the Jets in 1977 and was inducted into the NFL Hall of Fame in 1985. He is easily the greatest player to ever wear the uniform.

The second-best Jets player of all time is running back Curtis Martin. Martin is also in the Hall of Fame as well as a five-time Pro Bowler, and All Pro member. In 2004, Martin exploded for a career year, leading the league in rushing attempts at 371 and rushing yards with 1,697 which both are team records. Martin had 14,101 career rushing yards with 3,329 career receiving yards. In his 11-year career, he stayed in the AFC East his whole career. Martin was one of the elite dual-threat running backs who can beat you on the ground or as a pass-catcher.

Since Martin retired in 2005, only three Jets running backs have had at least 1,000 rushing yards in a season. The three running backs are Thomas Jones, Shonn Greene, and Chris Ivory. The team does have some hope, as Breece Hall may turn out to be the next great franchise running back for head coach Robert Saleh.

Martin played with the Jets from 1998-2005 after coming from the division rival New England Patriots. With the Jets, he was also utilized as a receiver where he had 70 receptions along with 508 yards which were career highs.

At three and one of the best defensive Jets players of all-time is Mark Gastineau. Gastineau was the leader of their dominant pass-rush along with linemate Joe Klecko. Klecko was a phenomenal player and received Pro Bowl Invitations at defensive tackle and nose tackle in addition to defensive end. Gastineau is a five-time Pro Bowler and three-time All Pro member. Even though he is more versatile, Gastineau was the better player. Klecko was just a great sidekick for the dynamic pass rush duo.

At four is one of the greatest playmakers and offensive weapons in Jets history in Don Maynard. Maynard was Joe Namath’s #1 wide receiver during the Super Bowl run. Besides the one Super Bowl win, Maynard was a four-time Pro Bowler and All-Pro member. Maynard led the league a few times in different categories such as touchdowns in 1965 with 14 and receiving yards in 1967 with 1,434. His first year with the then New York Titans was his first 1,000+ receiving yards season as he had 1,265 receiving yards along with six touchdowns. After all of the accolades, the late Maynard got his infamous #13 retired by the organization. Maynard had an incredible career especially considering he was taken in the ninth round of the 1957 NFL Draft, even though there are only seven rounds now, and managed to have a Hall of Fame career.

Earning the last spot in the Jets top-five players of all-time is none other than shutdown corner Darrelle Revis otherwise known as “Revis Island.” Revis definitely lived up to that nickname as he was one of the league’s top cornerbacks. In 2009, Revis held the following receivers to under 35 yards: Andre Johnson, Randy Moss (twice), Marques Colston, Terrell Owens (twice), Reggie Wayne, Chad Ochocinco, and a few others. Revis led the league in passes defended with 31. Revis is a seven-time Pro Bowler and four-time All-Pro member. Revis was also a member of the 2010s All-Decade Team.

Millions of Jets fans have been asking for Revis’s #24 to be retired, especially considering the Jets only have five numbers retired. One knock on Revis getting his number retired is he only played 108 games with the organization and he joined and won a Super Bowl with the rival Patriots. However, that should be taken with a grain of salt as arguably from a value standpoint, nobody has made a more positive impact for the Jets other than Joe Namath. Based on AV (Approximate Value) with a 65 game minimum, Revis has the second-highest AV in Jets history at 0.815 per game.

The New York Jets have had tons of great players for their franchise and narrowing it down to just five players was rather difficult. However, these five meant the most to their team and hold numerous team records. These five players deserve to be recognized as some of the greatest players this franchise has ever seen.